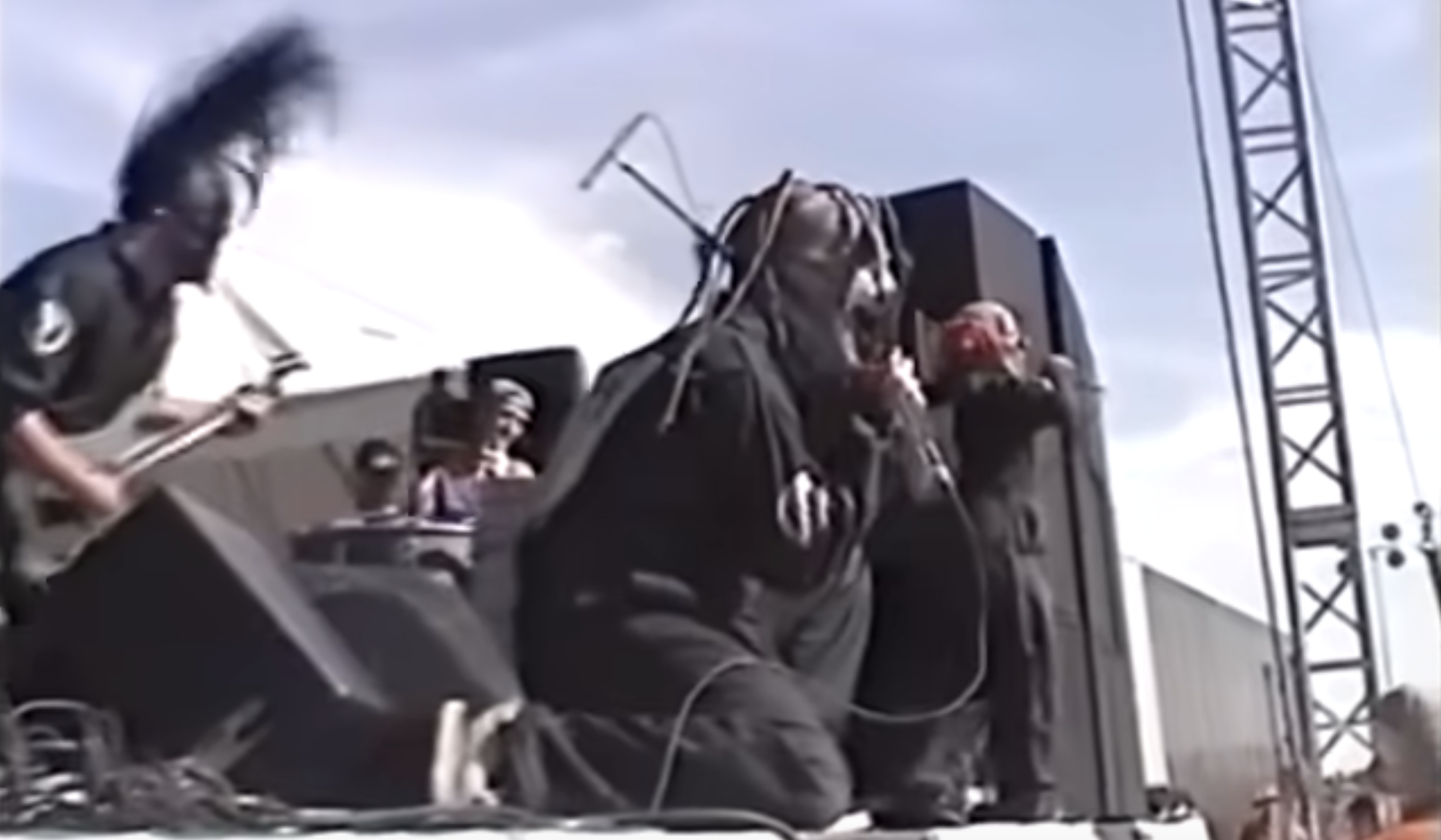 Slipknot slowly accrued their classic lineup throughout the '90s, with Corey Taylor replacing Anders Colsefni in 1997 and Jim Root, Sid Wilson, and Chris Fehn all joining in prior to the recording of their 1999 self-titled debut album. In an interview with Zane Lowe of Apple Music 1, Taylor said he felt an attraction to Slipknot before even joining the band because he knew they had a similar drive to show the world what Des Moines, IA was actually up to creatively.

"It all comes down to the scene that we were a part of. I mean, we were kind of the driven, hungry, angry psychos in the Des Moines scene. We were all in our individual bands trying to make it, but we all recognized each other in those bands realizing that the keys were there. And this is coming from somebody who was recruited afterwards. I even knew it. Watching the band from the outside, I was just like, "That band is going to make it." And it's like, I would love to do it with this band. I don't know if it's going to happen, but I'm going to do everything I can to get where I need to go.

"That was before I even was asked to join Slipknot. So they recognized that in me. The hunger and the burning desire to show the world… that there's real merit and creativity in a barren wasteland like Des Moines, Iowa."

Taylor elaborated on coming up in Des Moines, adding that Slipknot had one hell of a time trying to get labels out there to check them out. Taylor gives a shout out to Ross Robinson for taking a chance on them, which Robinson reciprocated recently by talking about what a great band he thought Slipknot was at the time.

"You're talking about a place that is bereft of any ties to industry, ties to entertainment, ties to being able to encourage and nurture whether it's a band or an act or a movie or anything like that. You're basically talking about a desolate hole in the ground, metaphorically and realistically. So when you come from a place like that, the desire is very visceral. It's very real.

"Just trying to get people to come to Des Moines was a nightmare, dude. I can't tell you how many times we would send something for a label to listen to and they would go, 'oh, well I can't get a direct flight, so we're not going to come.' And I know every label that did it to us.

"And I can say [who it is] right now [but] I'm not going to give them the benefit. But that also meant that the people who did make the trek, Ross Robinson, he felt the potential. He saw the potential. And then when he was able to put two and two together and really see it in the environment, he was just like, 'oh, okay.' I mean, dude, he was the only one really that came."

Slipknot just released their new record The End, So Far which is their final effort with Roadrunner Records… and the band isn't exactly bummed to leave.