CANNIBAL CORPSE Drummer Loves Being "The AC/DC Of Death Metal" 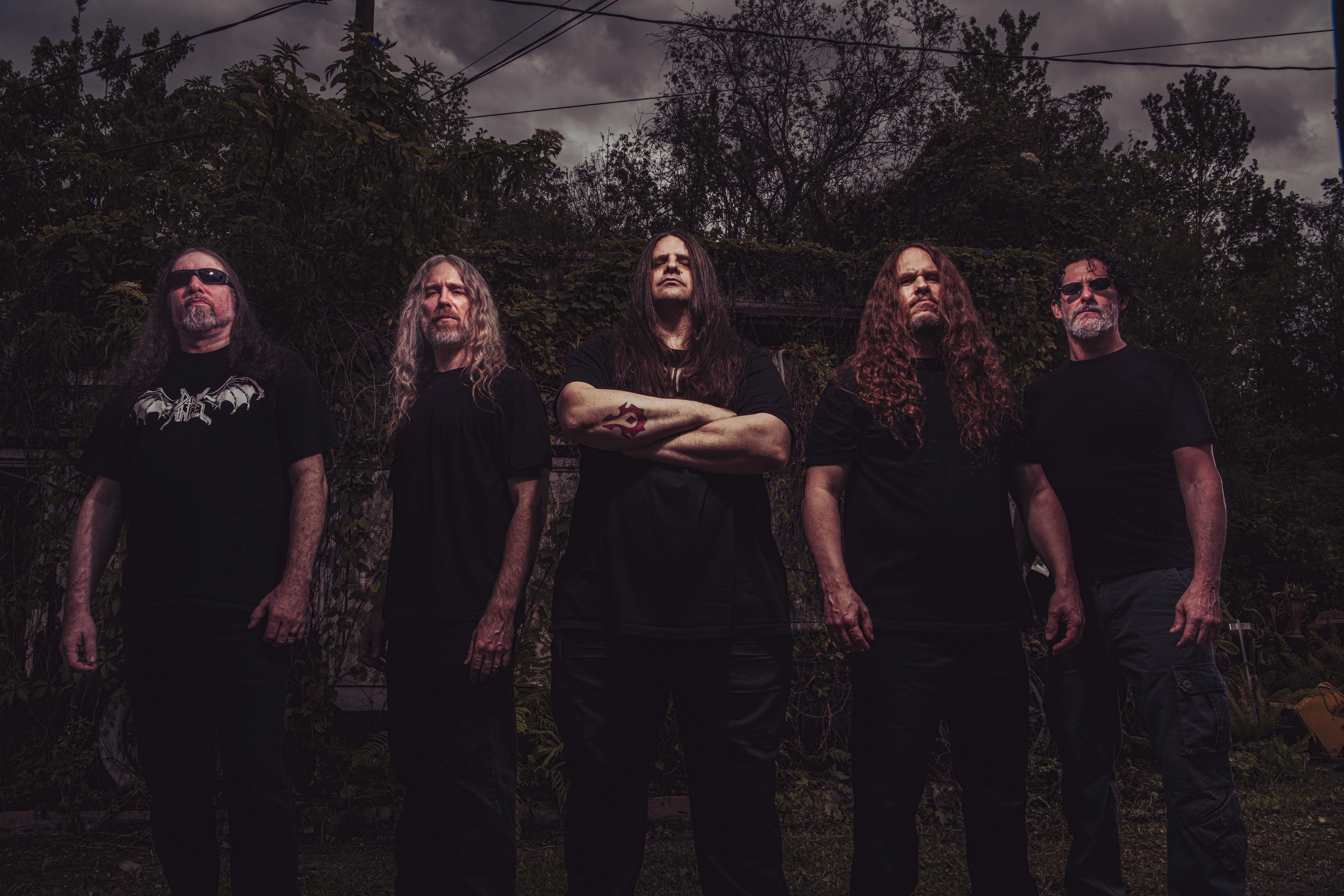 If there's one thing Cannibal Corpse has been over the years, it's insanely consistent. Sure, the band has done slightly different variations on their usual crushing sound, but there's never been any major curveballs or stylistic shifts. Drummer Paul Mazurkiewicz in an interview with the Metal Mayhem podcast said he prides himself on being that consistent, and takes being called "the AC/DC of death metal" as a compliment.

"I totally take it as a compliment. Because you get what you get; when you're gonna listen to Cannibal Corpse, you're gonna buy a new record, you know what you're getting. There's gonna be no second guessing; there's gonna be no, 'Oh, I wonder what they're gonna… Is it gonna sound like this?' Because so many bands have done that in the past.

"We're being ourselves. We're not being anybody else. We're playing Cannibal Corpse music for ourselves and we're staying true to ourselves. And I know the fans, of course, over the years, have come to understand that and to rely on us, to know what they're gonna get. They don't have to worry that, 'Oh my gosh. What are the gonna do? Are they gonna start having clean vocals?' or whatever. It's, like, no. It's gonna be Cannibal Corpse. That's what you're gonna get. So I totally take that as a compliment.

"The other one we always hear, and that's a major compliment… If you're gonna be put in the same sentence with bands like Motörhead… I mean, those are legendary bands, of course. Or we always hear we're the AC/DC of death metal — kind of the same thing. There you go — AC/DC was AC/DC; they weren't anybody else. They weren't trying to be anybody else. They were AC/DC; you know what you're getting.

"To hear those phrases and comparisons like that, it's a complete compliment. And that's what we're going for, man — we've gotta be Cannibal Corpse until the end. That's just the way it is."

Cannibal Corpse is currently out on the road with Whitechapel, Revocation, and Shadow Of Intent.