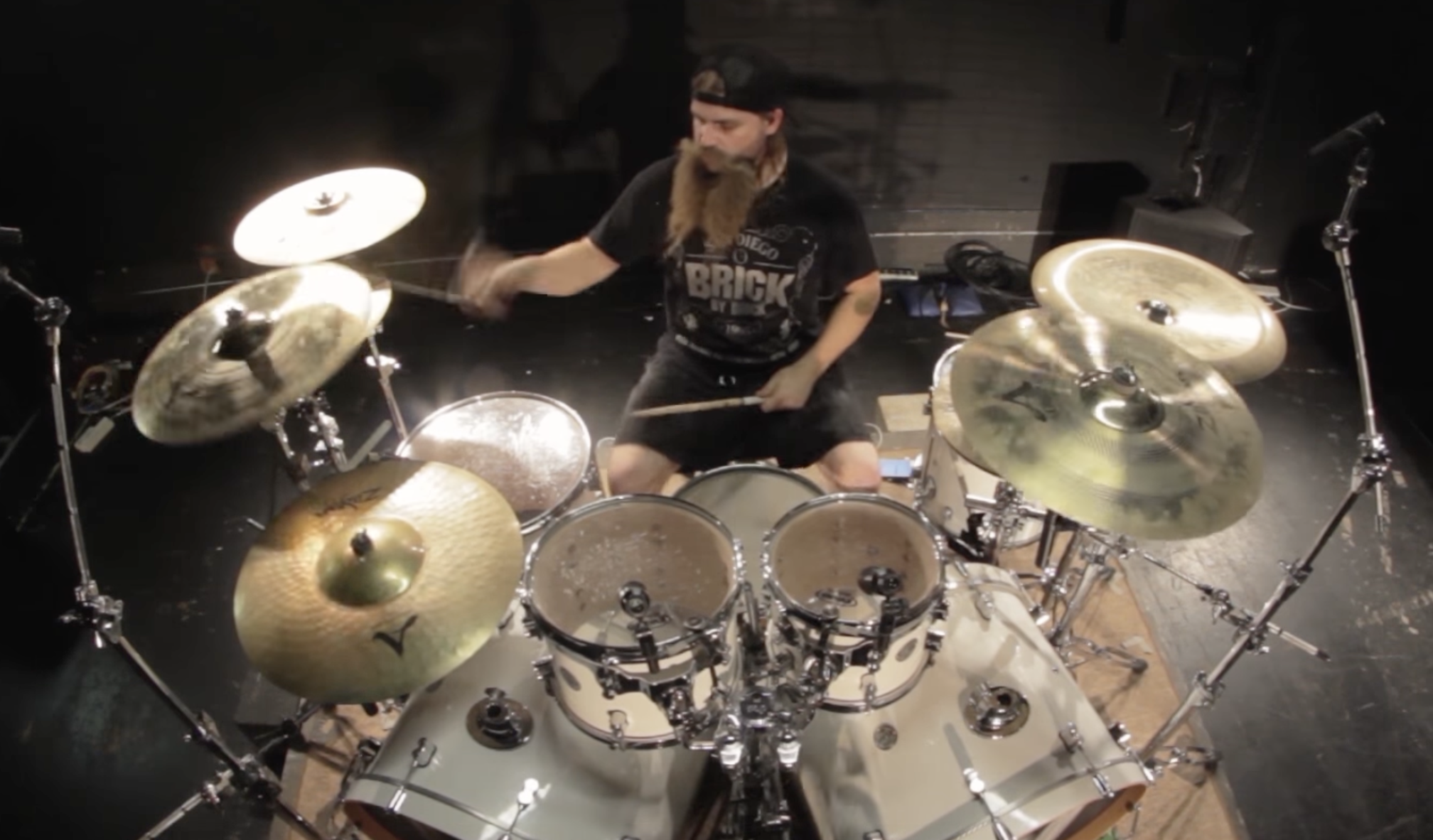 Now in a new statement from As I Lay Dying, they claim that Mancino has ex-communicated himself from the band and that moving forward without him was the only option. As I Lay Dying also mentions that the "driving force of AILD is still well in tact" and seems to be splitting with the drummer permanently. At least that's the vibe the closing sentence of "We'll forever be grateful for his contributions and the good times we shared" gives off… and the whole statement.

"There was a public statement recently made by Jordan Mancino regarding 'internal issues within AILD.' We feel that it's necessary to share a little more information with the fans on the matter in order to better understand the situation and avoid making any wrongful assumptions. For about the past 2 years, Jordan has ex-communicated himself from the remaining members of AILD informing us that he wishes to only speak through lawyers moving forward.

"There have been numerous attempts by the remaining members to reconcile with Jordan to find common ground in how to continue AILD in a healthy and positive manner. In preparation for post-pandemic band activity, the remaining members felt it unfair to have our ambitions hindered by someone who refused to contribute or communicate openly. We feel this is not an efficient way for a band (or business) to operate productively.

"We offered Jordan the chance to get together and jam old songs, or even just get into a room together to talk weeks prior to an established deadline before needing to find a fill in drummer for the upcoming tours. We had no response until we were met with legal documents that Jordan wished to move on from the band and expected a payment in return.

"The remaining members feel that we must find other solutions to keep AILD moving forward without Jordan Mancino involved. There is nothing personal with this situation in any way. We want to continue playing music and we cannot be an effective team if a member wants to limit all progress and productivity by refusing to communicate.

"The remaining members who write the songs, handle touring logistics, merchandise, etc feel confident that we can pursue our creative ambitions moving forward with greater ease knowing that all members, producers, agents, crew members, etc are enthusiastic to be involved. The driving force of AILD is still well in tact.

"Jordan has had a long career of performing AILD songs very well, and his drumming on our earlier records in particular really pushed the genre as a whole. We'll forever be grateful for his contributions and the good times we shared."

Catch As I Lay Dying with Pierce behind the kit at one of the dates below.