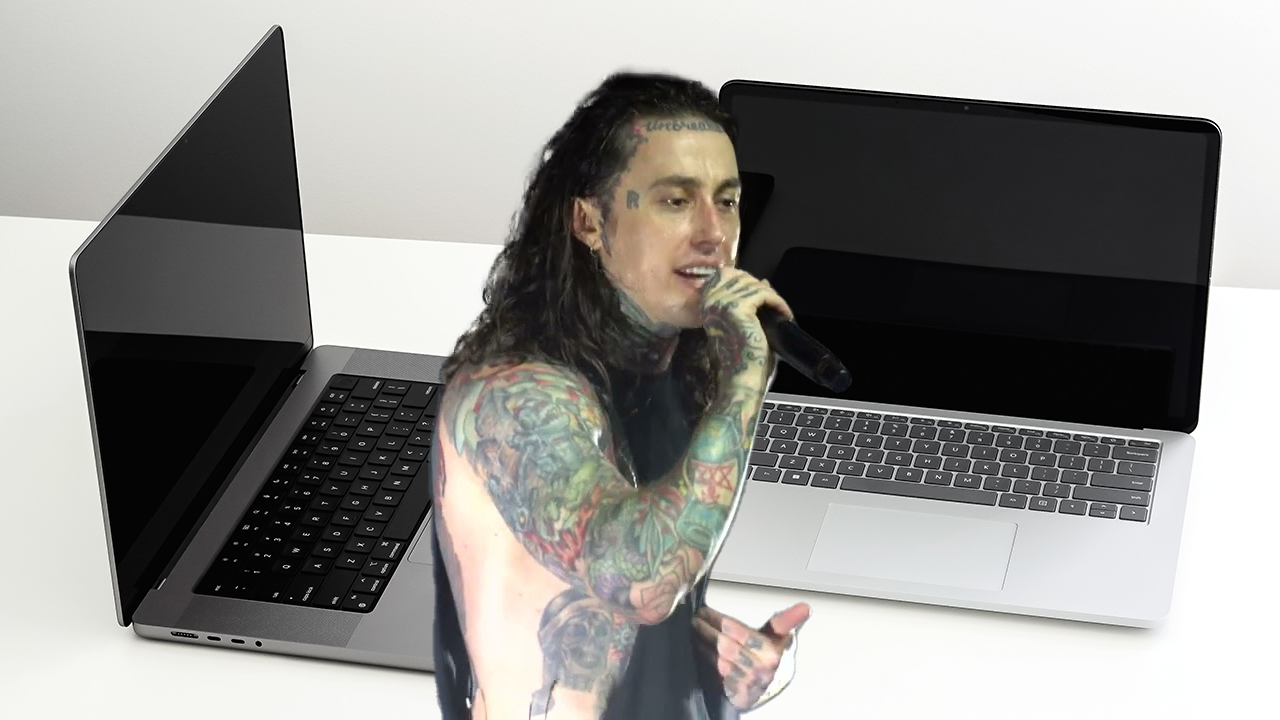 Backing tracks being used in a live setting has caused quite a stir on the Internet a few times this year. Kiss was accused of lip synching live, as was Dream Theater vocalist James LaBrie. Radio personality Eddie Trunk voiced his concerns over the use of backing tracks, while Chris Jericho said he didn't really care much. Now we're back on the topic after Falling In Reverse cancelled a show because their laptops didn't make it to the venue.

Falling In Reverse was supposed to play the WILL Rock Festival on September 24, but canceled the night prior thanks to the missing laptops. "WIIL Rock, I regret to inform you that we have to cancel," said vocalist Ronnie Radke in a TikTok video transcribed by Loudwire at the time. "We have no other option. I'm really — I'm sorry. And I never make videos like this. But I feel like I owe it to you guys."

"We walk into rehearsals, and our laptops are missing, that we run all of our show on and stuff. And as a band in 2022, you need your laptops, you know? It's like driving a car without an engine. It's really unfortunate. Supposedly they are lost. Blame it on our crew, I guess. I don't know how that happened. That's never happened before. Pretty upset about it. They were brand new laptops… I'm very sorry, guys."

Of course the reaction from fans was mixed, with some being understanding and others voicing opinions like "If you need a laptop to perform, YOU'RE NOT A BAND!!!" Trunk then caught wind of the cancelation and responded on social media, and wasn't exactly happy with Radke's decision. Which given his thoughts on backing tracks in recent months isn't surprising. Trunk said "This is astonishing… First I heard about this I thought it was a joke to wind me up. How much longer are fans, promoters, and media, just going to accept the epidemic of live rock shows… not really being live? Paying your hard-earned money to see a band play 'live' that's not truly live?!"

"And there are countless bands in 2022 that hone their craft and play live! Tons! New and old !! Including the one that subbed for them in their slot, Jackyl. No laptop needed there! This is just unreal. But at least I give them credit for being honest. Wow. I am closer than ever to launching my own band. And I can't sing or play a note… simply amazing."

The argument then derails a bit when Radke accuses Trunk of using backing tracks live when introducing Sebastian Bach on stage once, which seems like an odd shot to take considering it's just an introduction and not a performance. Bach chimed in at that point as well, saying "Wow dummy are you trying to say that you believe that I use tracks on stage? Eddie Trunk, how [fucking] funny is this." The trio then argue for a while and sling insults, with Radke pointing out classic bands using backing tracks and Bach making the argument for the opposite.

Jason Richardson of All That Remains also jumped in at one point, making the argument that some music can't be replicated live without backing tracks based on how much is going on. "I'm gonna start bringing all these people on tour too just so it’s all 'live' + taiko ensemble, 200 person choir, multiple synth players, all the crew to maintain these instruments so ignorant boomers will think I 'pLaY LiVe'… or I could just bring a fucking laptop lmao"

I know this is a pretty "middle of the road" opinion here, but frankly I think it depends entirely on what you're trying to do. If you're a stripped down rock band that can replicate your records live (or retool them in such a way that it sounds full), then go for it! Leave the laptops at home and bring the amps. If you're someone like Richardson or a band like Dream Theater, you're not gonna bring out a million musicians every time you want to tour. Backing tracks are probably for you.

In this article: Falling In Reverse