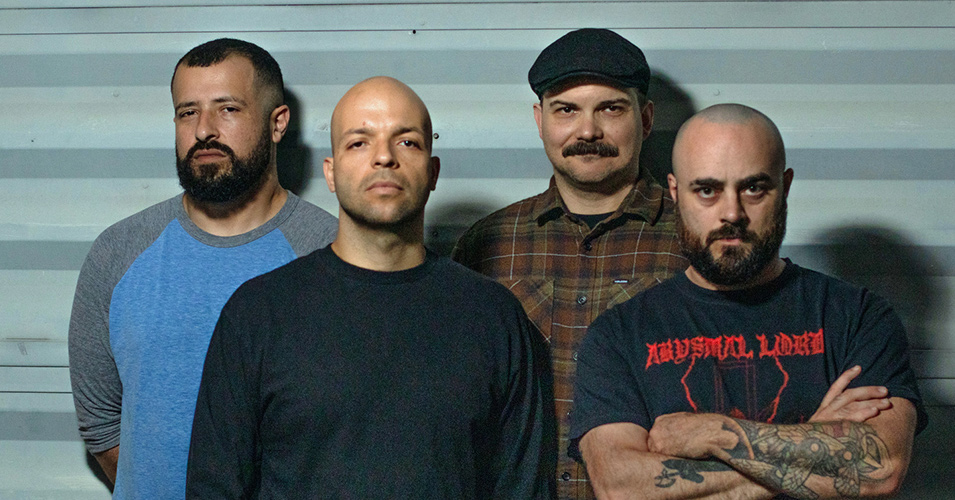 Torche is back after four years with a brand new album called Admission, and the lead single "Slide" rules. Torche leans hard into their positive Harmonicraft-esque side on the single, yet still brings enough slow and sludgy riffs to make you nod your head.

Admission is the band's first effort since the departure of guitarist and vocalist Andrew Elstner in 2016. Since then, bassist Jon Nuñez has moved over to guitar and Wrong bassist Eric Hernandez has joined. Here's what Nuñez has to say about the record.

"This album is more revealing of who we are. I think the core of the band is happier and more inspired than we have been in some time, and we’ve got somebody new who’s excited to be a part of it. It’s just refreshing. It feels right. It feels real."

Drummer Rick Smith also discusses how the song "Slide" came to be and how it was inspired by Gary Numan.

"’Slide’ is one of the first songs Eric came to the table with, fully realized and arranged. Eric is a total beast of a songwriter. I suggested he use the first three Gary Numan records as inspiration and he came back at us with some melodically sound material that nailed the Torche vibe."

Torche has announced a slew of North American dates with openers to be announced. Pre-order Admission here before its July 5 release.

Thanks for the thunder, Torche.

From an upcoming double single.