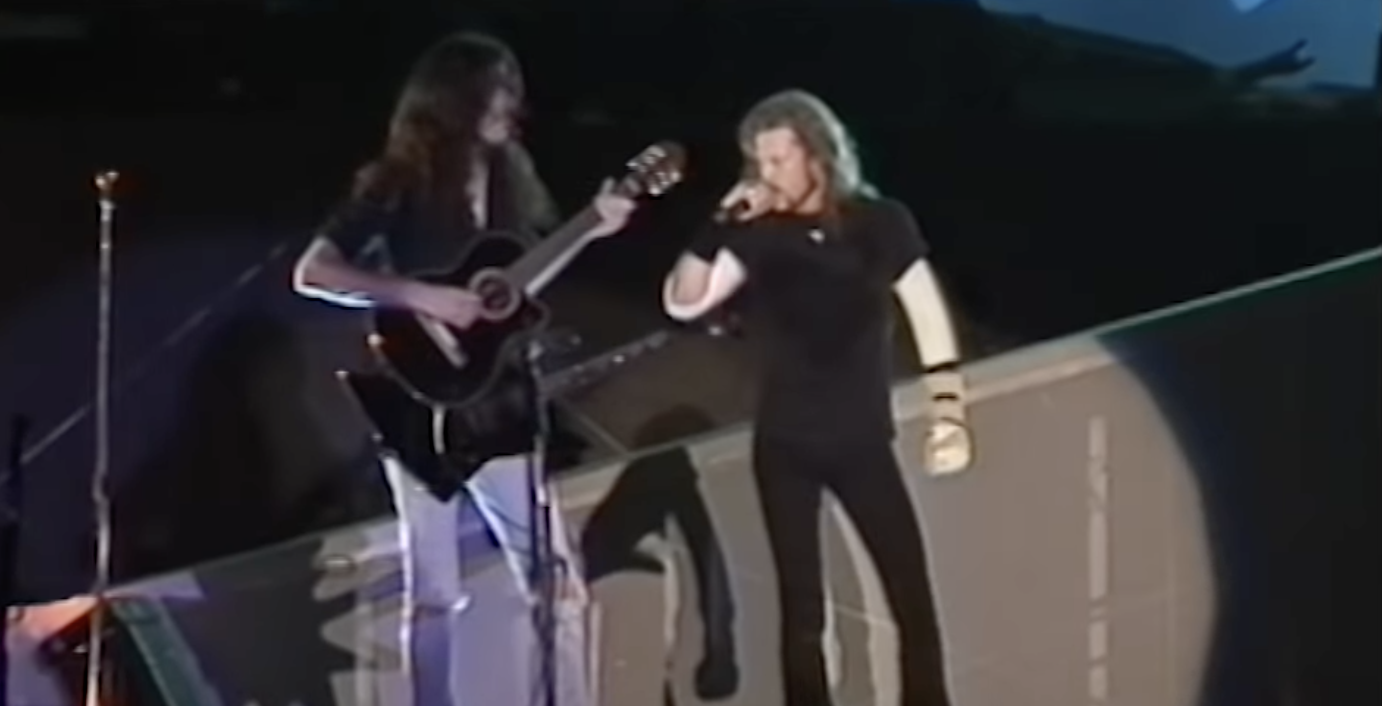 Metallica is now streaming a live version of their song "The Unforgiven" recorded at Aggie Memorial Stadium in Las Cruces, NM on August 27, 1992. This of course is after the band streamed a rough mix of the song earlier this week to help celebrate the coming Black Album reissue due out September 10. The reissue is available for pre-order here.

There's also the Metallica: The Black Album In Black & White photo book, featuring photographs taken by Ross Halfin during the Black Album sessions and on the 300 date tour supporting the album between 1991 and 1993. The book is out October 19 and is available for pre-order here.