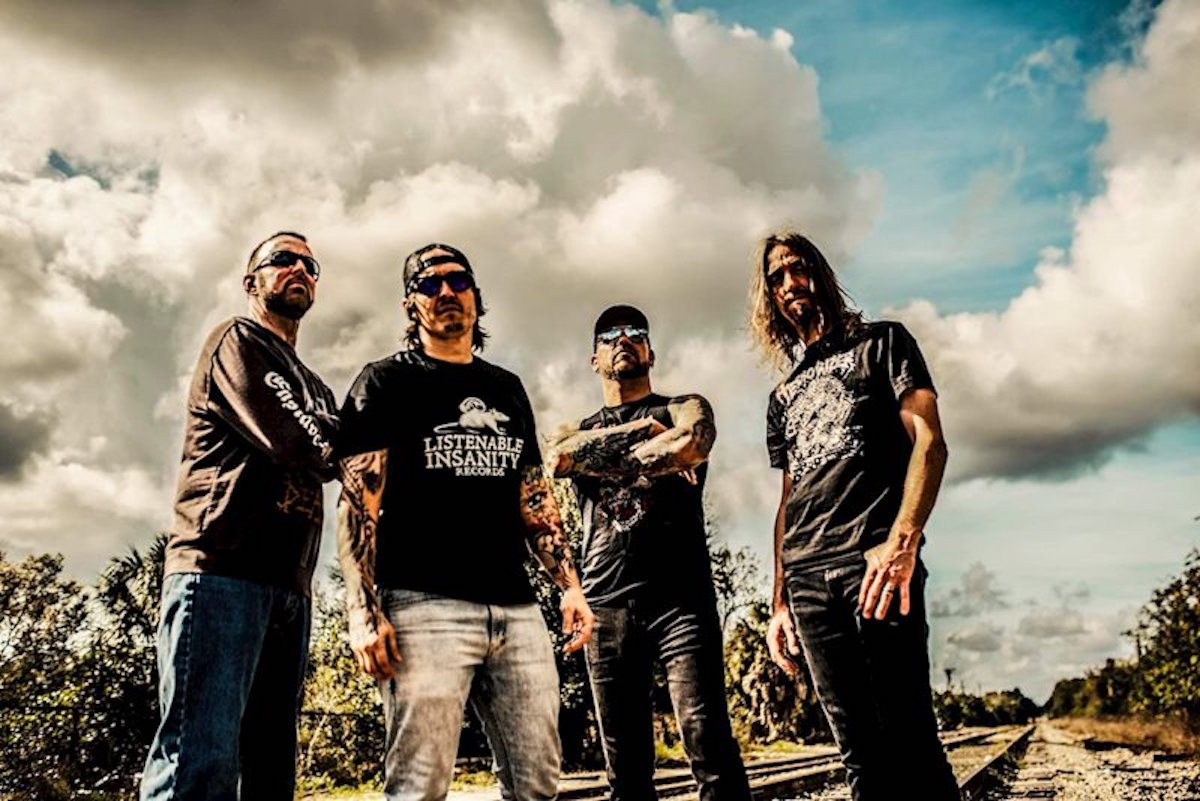 "When the idea of covering Terrorizer came up, I listened to the band's demos and found this hidden gem called 'Barely Alive,'" said Verbeuren. "We all know and love World Downfall, of course, but how do you do justice to such a landmark record? I said to the guys, 'let's record a track that some Terrorizer fans might not be familiar with.' Also, it's just a really good song.

"I tracked the drums with reverence to Pete Sandoval's legendary style and sent them off to Gus, who was able to decipher Jesse Pintado's riffs and record them. In the meantime, I reached out to my friend Leon del Muerte who plays in Terrorizer L.A. with original vocalist Oscar Garcia. Oscar was unable to unearth the lyrics for the demo, but he graciously gave Kyle the green light to write his own interpretation. Kyle did a brilliant job, even following the vocal patterns of the demo. I love how our version of 'Barely Alive' turned out. We're all very proud to pay tribute to one of the greats of grindcore! All hail the mighty Terrorizer!"

Kill Division will release their new record Peace Through Tyranny on September 16. Pre-orders are available here.

In this article: Kill Division

Every month, Decibel scribe Shane Mehling reviews the four videos that appear in the monthly metal mag. under “Decibel’s Clips of the Month at...