Into Eternity released The Incurable Tragedy in 2008 and then fell relatively silent. The band released two singles in 2011 and 2012, at which point vocalist Stu Block left to join Iced Earth. Since then, Into Eternity has recruited The Order Of Chaos vocalist Amanda Kiernan, Death Toll Rising drummer Bryan Newbury, and Untimely Demise guitarist Matt Cuthbertson. They've been talking about a new album called The Sirens for about a year now, and we've finally got all the details!

We're excited to not only to announced The Sirens for August 3, but to premiere their new song "Fringes Of Psychosis." The song features solos from ex-Megadeth guitarist Glenn Drover and vocal performances by Eyam vocalist Chuck Labossier. It's also everything you've been missing in your life since 2012.

"'The Fringes of Psychosis' is the first track off our long awaited release of The Sirens. This track deals with the edge of one's sanity through life’s endless turmoil. Musically this song captures the classic music of early Into Eternity, reborn again with the soaring vocals of Amanda Kiernan, shredding guitar featuring Tim Roth and Matt Cuthbertson, the precise bass playing of Troy Bleich and the intense drumming of Bryan Newbury. Featured also on this track is a couple of guest solos by the mighty Glenn Drover (Megadeth/Testement) and guest demon low growls by our buddy Chuck Labossier (Eyam/VOTOV)"

In this article: into eternity 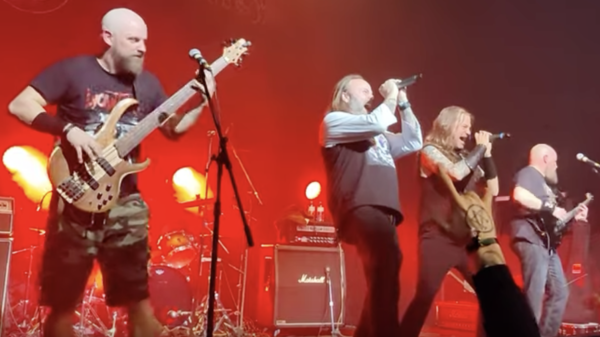 Watch: 3 INCHES OF BLOOD Vocalist Joins INTO ETERNITY On Stage For "Destroy The Orcs" Cover

Cam Pipes is back, baby! 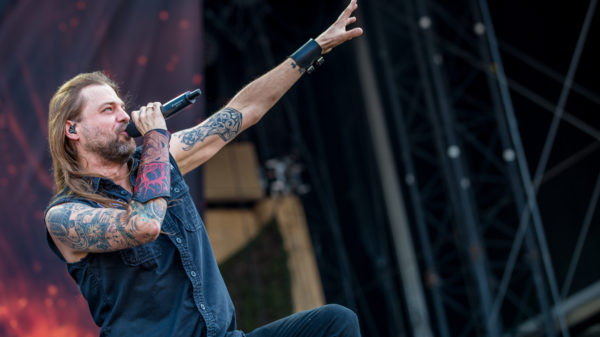 They're playing The Scattering Of Ashes in full.

Into Eternity recently reunited with vocalist Stu Block at the Loud As Hell Festival, and now the reunion is moving into the studio! Into...

Stu is back full time!