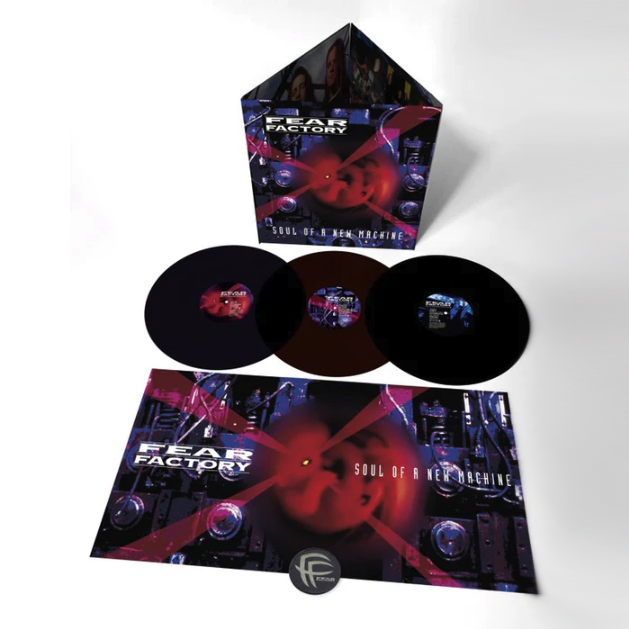 We've got a pretty killer version of Fear Factory's 1992 album Soul Of A New Machine on triple vinyl available right here via Gimme Metal! The triple vinyl features the entire original album, the Fear Is The Mindkiller EP remixed by Rhys Fulber and Bill Leeb from Frontline Assembly, remixes of Soul singles, and instrumental mixes! Grab one here.

In recent news, Fear Factory is currently working out a new record deal for their upcoming material. Fear Factory was originally slated to release a new song in February 2023 that would finally unveil whoever is replacing longtime vocalist Burton C. Bell, though now the band states that fans should "expect delays in releasing new material." So stay tuned for more information.