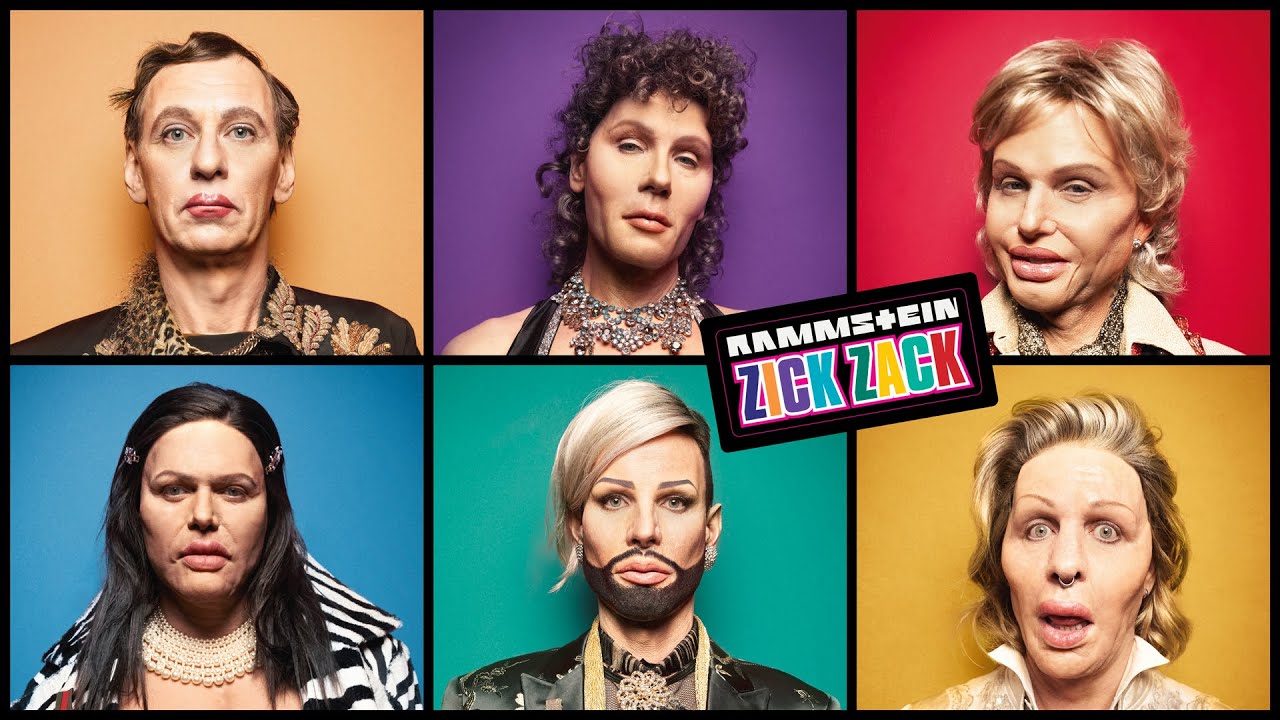 Rammstein recently released their new song and video "Zick Zack," which took the idea of self-optimization and blew it out of proportion to comedic levels.

Now Rammstein is publishing a teen-style Zick Zack Magazine alongside the single, which also contextualizes why things got delayed due to a paper shortage. The 32-page magazine contains stories, photos and interviews on the theme "Prettier, Bigger, Harder" as well as a reader's letter column called "The Dr Flake Botox Box," an XXL poster, six posters and 30 exclusive Rammstein stickers. And of course, the 2-track single CD is included with the magazine.

"Zick Zack" will also be released on 7" black vinyl with a Boys Noize remix as a B-side. Check out the trailer for the magazine below in all its beautiful glory, and grab a copy here. As for the biggest picture, Rammstein will release their new record Zeit on April 29. Pre-order the album here.