RAMMSTEIN's New Album Is Delayed Because Of A Paper Shortage 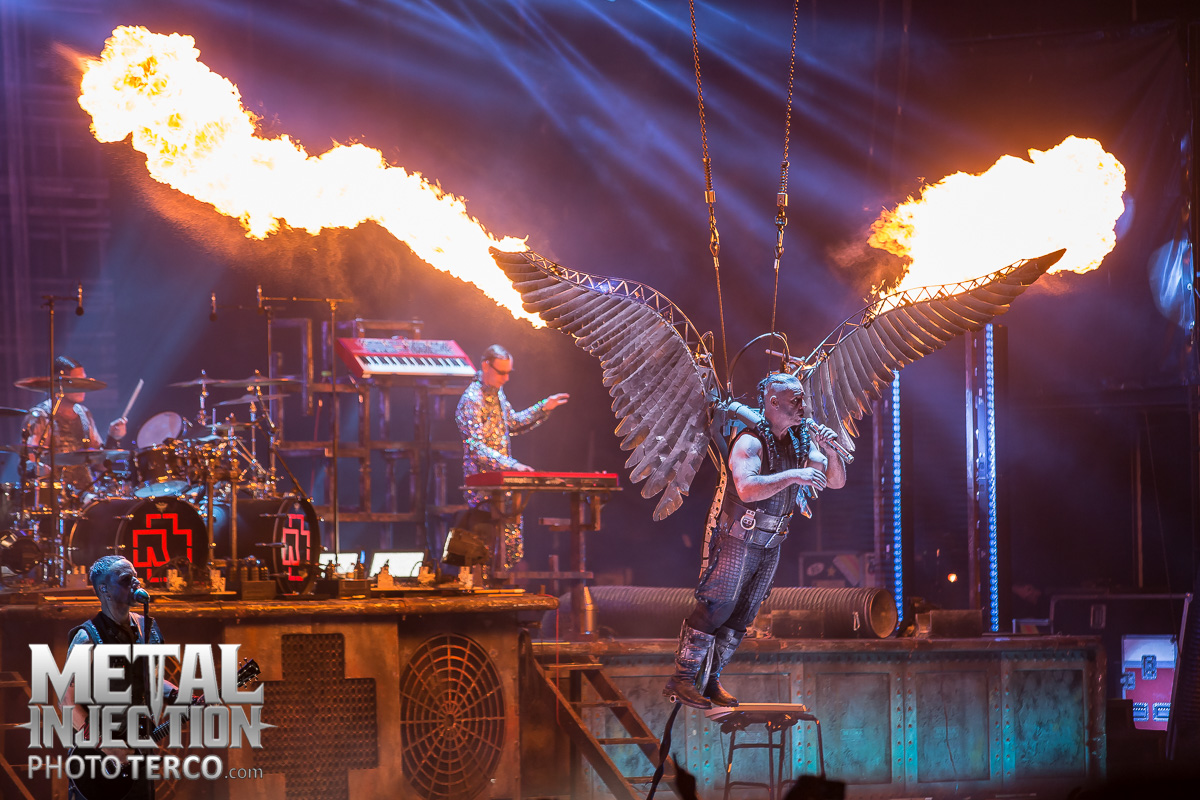 Rammstein guitarist Richard Z. Kruspe originally said the band will release a new album before kicking off their world tour on May 15. Now it doesn't look like that's going to happen. According to Rammstein composer Sven Helbig in an interview with Sächsische (and translated by RammWiki), the new album is delayed due to a paper shortage.

"The band itself doesn't know [when the new album will be released] at the moment," said Helbig. "The trivial reason: lack of paper. They need to be able to send out a large number of CDs and records, i.e. lots of booklets and covers, worldwide at one go. And that's probably not feasible right now."

"It's all under wraps, but it's also impossible, because the band often throws songs down at the last moment, changes them. Till doesn't want to rewrite a lyric, but Richard thinks it's stupid. Or the guitarists can't agree on a riff. Already a song is out. With the previous albums, I often looked forward to something I'd heard and thought it was great."

Catch Rammstein at one of the dates below.