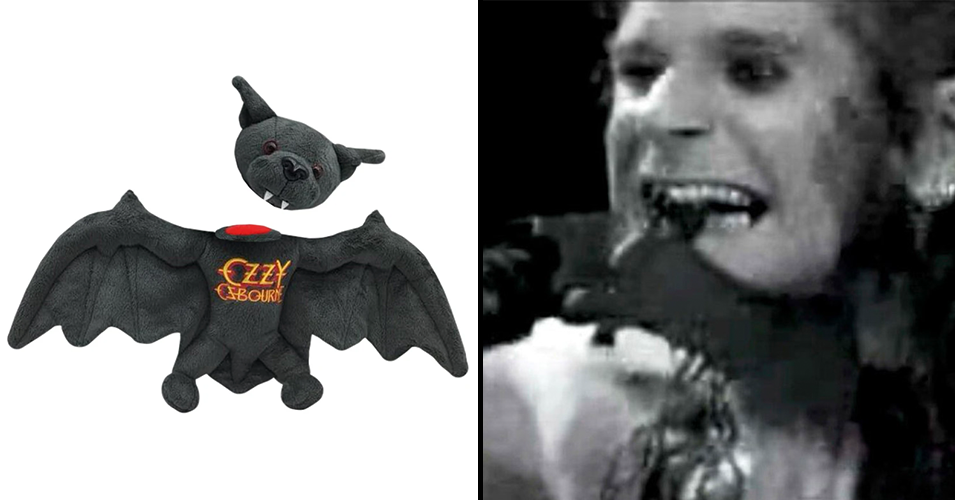 One of the most legendary moments in Ozzy Osbourne's career is reaching it's 38th anniversary today. On January 20, 1982, Ozzy bit the head off a live bat during a concert at Veterans Memorial Auditorium in Des Moines, Iowa.

Ozzy would say that he thought the bat was a toy thrown by the crowd, but soon learned it was not. Now, you can recreate the legendary moment, with your own plushie bat, with detachable head and all.

Today marks the 38th Anniversary since I bit a head off a f*cking bat!
To celebrate get your 12" plush bat with detachable head now https://t.co/pxcNgKmw9B pic.twitter.com/6VosqVlC4v

In Ozzy's 2009 memoir I Am Ozzy, he recalled the legendary night: “Immediately… something felt wrong. Very wrong. For a start, my mouth was instantly full of this warm, gloopy liquid, with the worst aftertaste you could ever imagine. I could feel it staining my teeth and running down my chin. Then the head in my mouth twitched.”

The bat ended up biting Ozzy before its untimely death, and, as a result, the singer required treatment against the possibility of rabies.

He later told Classic Rock Magazine, "It must have been stunned by the lights or something because it just froze and I thought it was a toy. I just put it in my mouth. Then its wings started flapping and I got such a shock. I tried to pull it out too quickly and its head came off."

Ozzy is gearing up for the No More Tours 2 tour. The rescheduled dates in the U.S. feature Marilyn Manson, and the European leg will feature Judas Priest. Here are dates and ticket links: