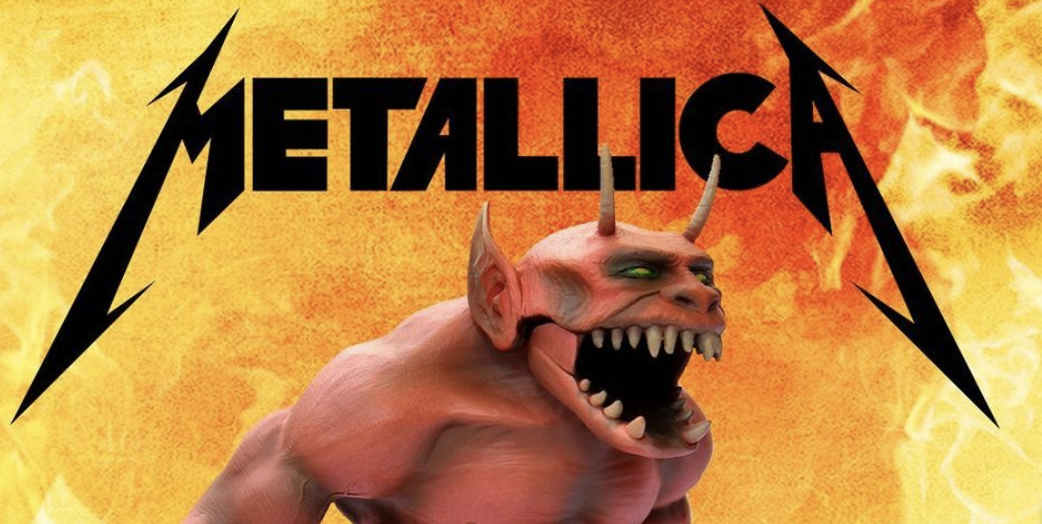 Heavy metal genii Metallica are throwing their weight around in the figurine market, announcing a 7” effigy of the horned mammoth that graced the cover of the band’s 1984 single, "Jump In The Fire."

750 pieces of hand-crafted merchandise has been produced by the small enterprise 4.Fans.Figurines. The statues will be made available at Metallica‘s official merch store starting July 25. You can check out the image below.

Metallica was recently featured on AXS TV's Parking Lot Payday, as fans tested their knowledge of the band—and earned some stone cold cash—just before Metallica played its first show of the year on February 25 at Allegiant Stadium in Las Vegas. The fans did pretty good, despite the questions being softballs, generally speaking.

The band is still riding the tidal wave induced by the use of "Master of Puppets" in the season finale of Stranger Things earlier this month. As of this posting, the 1986 title track to Master of Puppets is still sitting in the Top 20 of Spotify's Top 50 Songs for the United States. Currently, it sits at #17 on the chart.