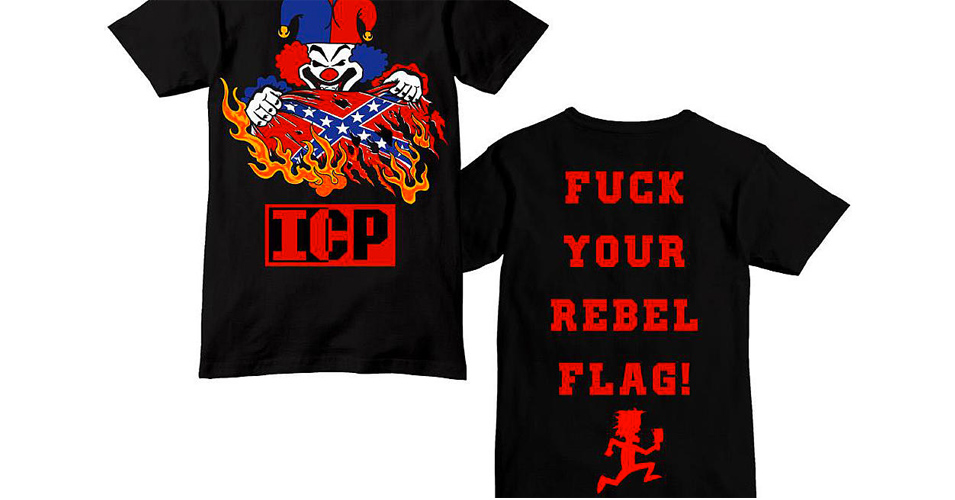 With all the controversy surrounding confederate flags lately (we learned that Nascar banned them), and with the hoopla about the petition to get the Robert E. Lee statue in Richmond, VA replaced with a GWAR Oderus Urungus statue reaching 50,000 signatures – it now looks like Insane Clown Posse were getting some requests to bring back an old shirt of theres.

ICP have announced they will be reprinting their "Fuck Your Rebel Flag" shirts based on the song of the same name off 1992's Carnival of Carnage.  "You kept asking so we brought it back!," ICP say on social media.

The shirt is available for $25 here.

ICP were on the right side of history earlier this year when they announced they would be cancelling their annual Gathering of The Juggalos, saying at the time "With tens of thousands of deaths due to the COVID-19 outbreak, we can't possibly in good conscience even consider trying to put on a Gathering during these difficult times. The bottom line is simply that we REFUSE to risk even ONE Juggalo life by hosting a Gathering during these troubling times."

Naturally, they have released  official Shaggy and Violent J face-masks.

In this article: insane clown posse