NASCAR's Only Black Driver, Bubba Wallace, Is "All About The Breakdowns," Loves Metal & Drumming 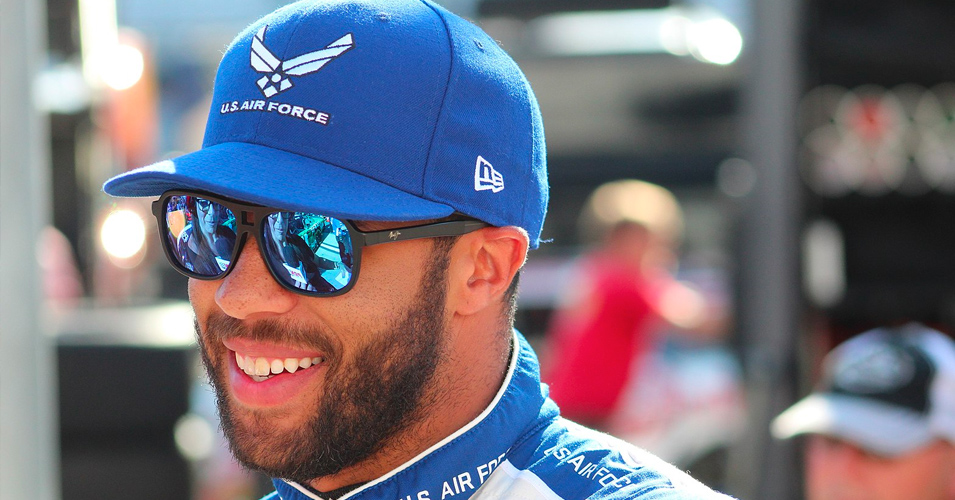 You might have heard Darrell “Bubba” Wallace Jr.'s name in the news this week, when he single-handedly convinced the NASCAR car racing league to ban confederate flags from its events. This is a really big deal! Bubba wore a Black Lives Matter shirt as a form of protest during a race in Atlanta last weekend, and then called for the league to ban the flag the next day during a CNN interview, which the league saw and responded by enacting the ban in the middle of the week. Turns out Bubba is a metalhead and a killer drummer.

MetalSucks notes that Bubba has been open about his love for heavy metal in the past, discussing how the music helped him through dark times, including boughts of depression. Bubba has been very outspoken about dealing with depression, explaining during a series of tweets recently:

“Alot of people have come up or reached out to me after speaking out about depression, thanking me.. to this day. Never understood why at first, but living in this society today.. we’re judged before we speak or do. Labels are placed upon us instantly, it’s not fair..

“People see depression as a sign of weakness. I’m guessing that’s why a lot of people hold it in.. just by speaking about my struggles, it’s helped so many people! So many! That’s not weak at all. It’s the exact opposite I feel. Speaking up holds alot of power and strength!..

“We face a lot of trials and tribulations in life.. basically a lot
lol. We all have different ways of dealing with them. My mother always tells me this is just another chapter in God’s plan that he has written out for you. I believe that 100%…

“He places obstacles in front of us to test us, to make us learn. God also places blessings in our life.. people, music, sports, etc.. Racing plays a huge role in my depression to be honest. But it’s all I’ve known for 17 years. Music is my counter act to it…

“Music is powerful on so many levels, I’ve had kids and teens come up telling me they battle with depression and what can they do.. I tell them find something you love and can’t live without. Music is my jam! Pun intended, the more frustrating days the heavier the songs..

“I love my heavy metal screamo RAWR stuff
Some of the best messaging has come from my type of music. I could go on n on.. moral of the story is.. find something you love that nobody can take from you..indulge yourself, let it take you away! We’re all made different! Live to be!

The bottom quote is from The Amity Affliction song  “Death’s Hand,” so this isn't just basic "entry level" fandom, as some fans accuse other celebrities of.

Bubba's passion for music doesn't stop at listening. Sometimes the dude likes to kick back and hit some drums. He's not exactly giving Tomas Haake a run for his money, but the dude is capable:

Bubba was also featured in a 2016 piece on Fuse, and he shouts out Metallica, Avenged Sevenfold and Northlane as bands that pump him up before a race. He says he's "all about the breakdowns."

He will compete in a race this weekend.