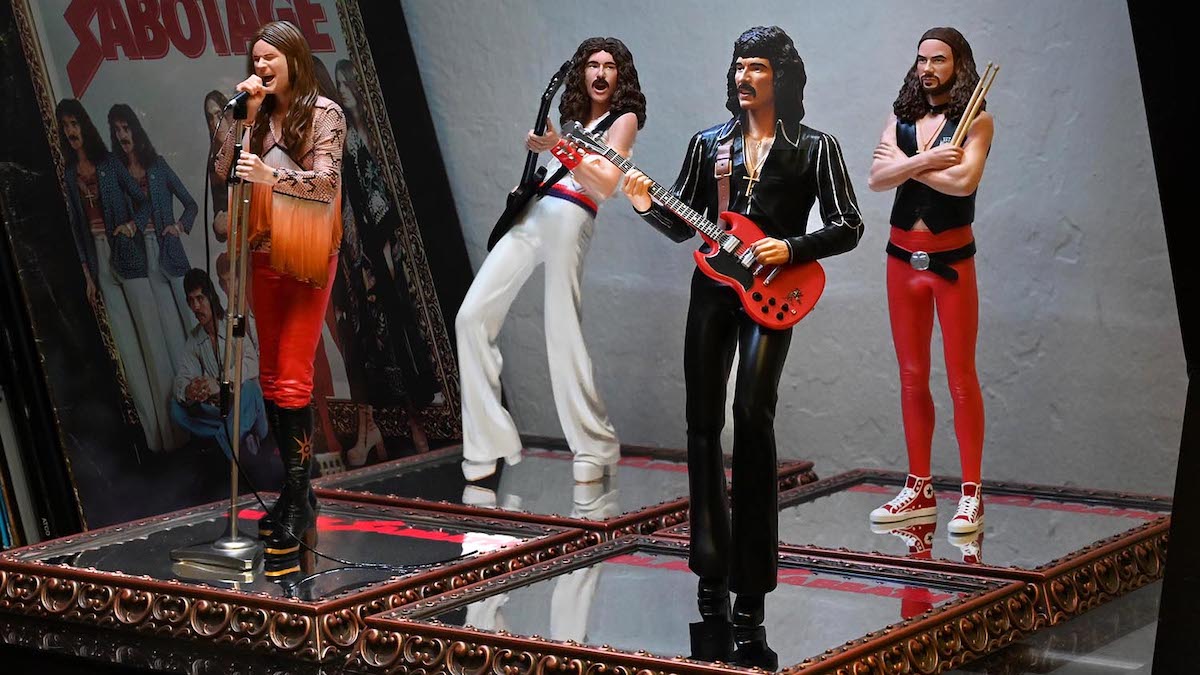 The Black Sabbath Rock Iconz collectible statues were hand-crafted, hand-painted, numbered, and include a certificate of authenticity. The average height of the statues are reported to be roughly nine inches in height. With only 3000 set to be shipped to market, the new set is sure to be a hot item on the collectibles scene. You can pre-order your set here. The retail price is listed as $599.

Tony Simerman, the CEO and creative director of KnuckleBonz said via statement, "It was so surreal putting Sabbath on our 'lighted stage' that we use here in the studio for the promo video shoot… It was like watching Don Kirshner's Rock Concert in 1975. We got chills."

Sabotage was Sabbath's sixth LP, and featured the classics "Am I Going Insane (Radio)" and "Symptom of the Universe" along with unforgettable deep cuts like "Hole in the Sky" and "Megalomania." The promotional spot on Rock Concert that Simerman referenced can be watched below. It's a fiery set that includes tracks from Sabotage along with classics such as "War Pigs," "Snowblind," and "Killing Yourself to Live."

Shipping will be available around the world for these special collectibles, although the statues are not expected to ship until early 2023. KnuckleBonz has said they will announce the exact ship date before the end of 2022, fortunately, so keep your eyes peeled to their site for more info.

KnuckleBonz, Inc. has previous created statue sets featuring Thin Lizzy, Ghost, Motorhead, and countless other rock greats. Recently, they announced a limited edition statue of the late Cliff Burton of Metallica. According to the company's website, portion of the proceeds goes to the Cliff Burton Scholarship Fund dedicated to fostering the next generation of rising youth musicians. That statue is also available for pre-order now and ships in 2023.