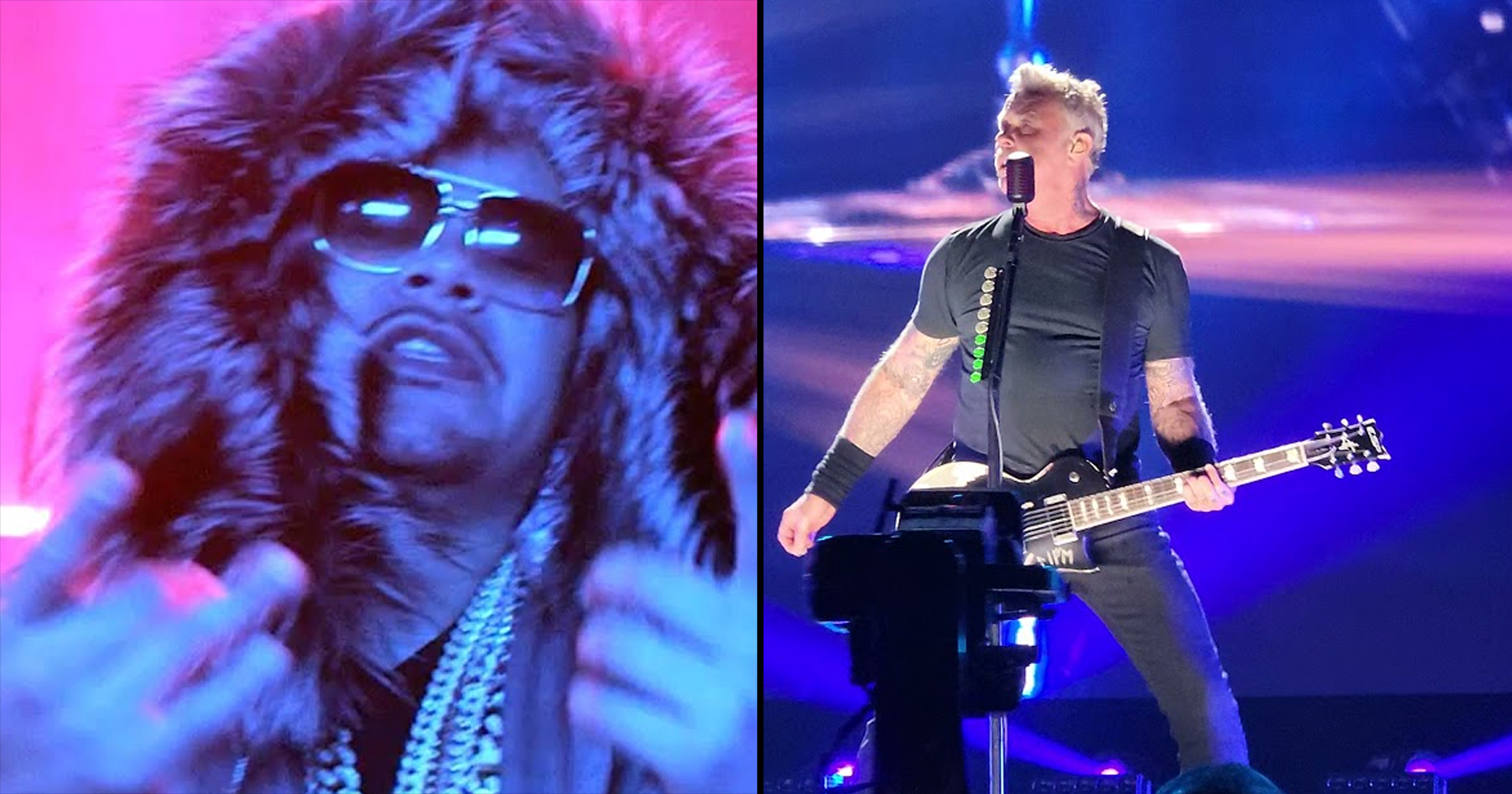 Metallica brought heavy metal back into the mainstream last night, staging a performance around the big Triad Combat PPV event on Triller Fight Club. The event combined live music, boxing and MMA. The band performed as part of the event at Globe Life Field in Arlington, Texas.

The band performed three times during the event. Here was the setlist:

Rock Feed managed to capture a portion of the commentary where Fat Joe praised Metallica: "Living legends… Metallica! Even if you don't know their songs, you know they're the real deal." Fat Joe said on commentary. He added "I got into it. Big shit! Metallica!"

Bassist Robert Trujillo told MMA Junkie that the crossover is a natural fit for Metallica, saying "It's pretty exciting because I almost feel like the type of music that we do, that Metallica does, kind of warrants itself into the combat sports world. I'm a big fan of MMA and actually boxing because I grew up watching a lot of the classic matches through the '70s and the '80s and I actually watched early MMA. I could always relate the two universes between edgy music and just edgy sporting events. I think it's a perfect fit.

"This is the first time something like this specifically has landed on our plate," Trujillo added. "One of the things about Metallica is that we like a challenge, we like something new. This is something that hasn't really been done, at least in our universe. We're pretty excited. It's a unique experience. Everything about it is pretty unique. The way the set is set up — in terms of the setlist and how it's sort of sprawled out over the course of the evening — is pretty special and unique. I think all and all, between the fights and the performance, it's going to balance out into a pretty exciting experience."

Here's some fan-recorded video of the performance, via Blabbermouth.

Finally, here's some hilarious footage of the band being improperly introduced: