ELTON JOHN Says METALLICA's "Nothing Else Matters" is "One of the Greatest Songs Ever Written," Moving James Hetfield to Tears 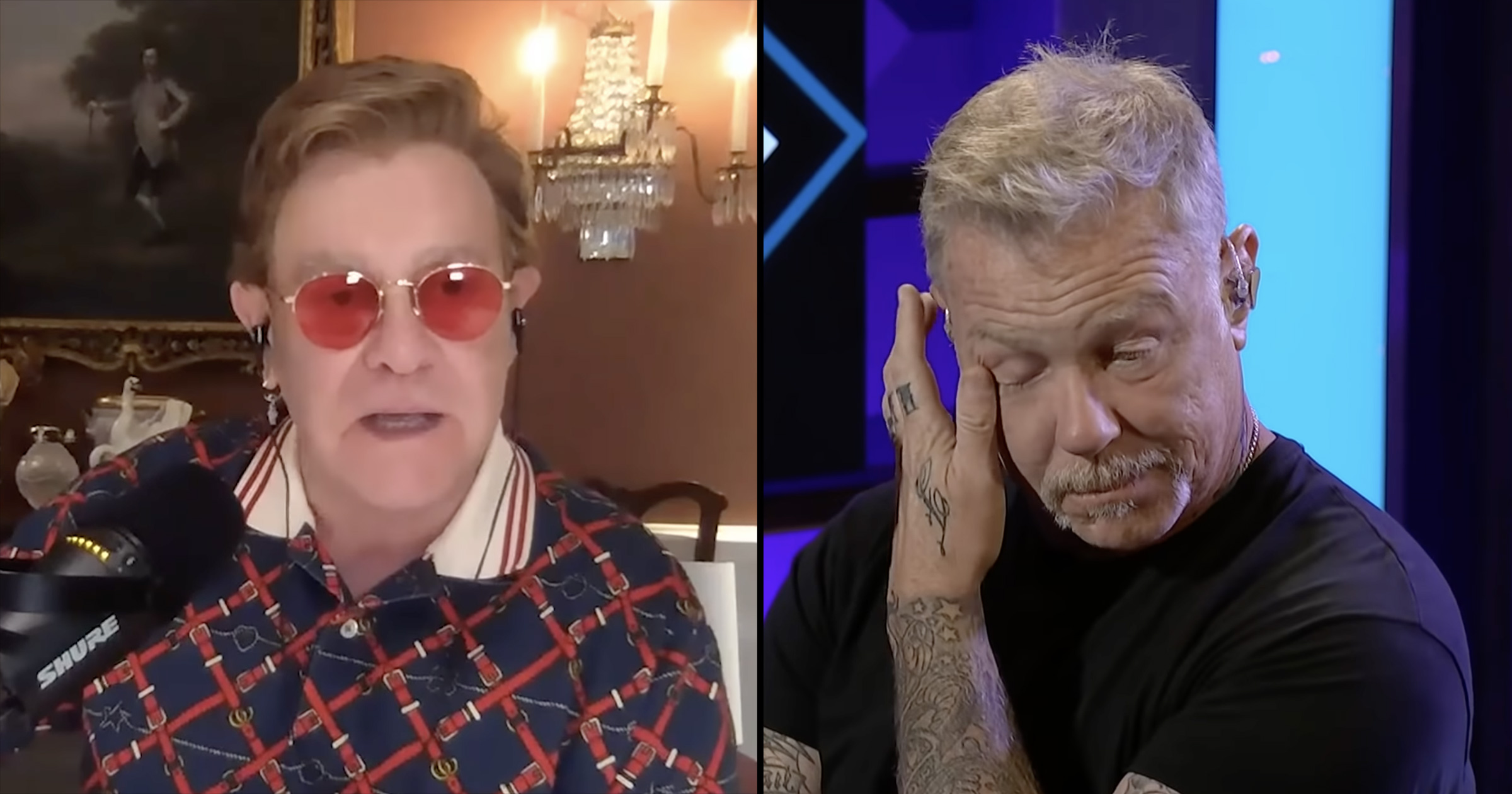 Elton John, who performed on the "Nothing Else Matters" cover, made a special appearance via video link during the show. John noted that his decision to play on the cover was an absolute "no-brainer." "This is one of the best songs ever written, to me. It's a song that never gets old. Playing on this track I just couldn't wait because the chord structure, the melodies, the time changes — it's got drama written all over it," he said. James Hetfield was visibly moved to tears at the revelation. John called Metallica one of the best bands of all time.

Metallica just released both their Black Album reissue and the companion covers album, The Metallica Blacklist. Grab both here.