Metalhead Gets Arrested For Wearing Bullet Belt In Boston

BEHEMOTH Found Not Guilty For The Second Time Over Use Of The Polish National Emblem
I thought this was America!

Boston has a relatively strong metal scene, but it seems like some of its residents aren't hip to the genre. A few years back, they banned moshing, and this story is just all sorts of ridiculous.

Dangerous Minds reports a 26-year-old metalhead named Kevin Young caused a panic on a Boston bus, when got on wearing a belt of fake bullets,  “spiked fighting gloves,” and “spiked leather bracelets.” The police report that was posted on the  Boston Police Department’s  website is equally absurd:

At about 4:20 PM on Friday July 10, 2015, officers assigned to District D-14 (Brighton) responded to a call for a person with a gun on an MBTA bus in the area of Cambridge and Harvard Streets.

Officers learned that the driver had pulled the bus over as passengers began calling 911 when a male suspect boarded the bus with what appeared to be military grade ammunition strapped around his waist.  The driver stated that the passengers were in a panic, fearing that the suspect was about to pull out a weapon.

The suspect, later identified as Kevin Young, 26, of Watertown, exited the bus and was stopped by police on Penniman Road at which time it was discovered that the ammunition was fake.  Officers recovered 69 replica bullets in all.  The suspect was wearing what was described as spiked fighting gloves and spiked leather bracelets.

The suspect was placed in custody and will appear in Brighton District Court on charges of Unlawful Possession of Ammunition, Unlawfully Carried Dangerous Weapon and Disorderly Conduct.

Here's a surveillance photo of Young entering the bus:

Looks like a regular, crusty metalhead to me. Thankfully, somebody came to their senses because FOX 25 reports all charges were eventually dropped:

“Based on the totality of circumstances, however, including confirmation that the cartridges on said belt could not and weren't intended to be fired, prosecutors dismissed the charges at arraignment in Brighton Municipal Court,” the Suffolk County District Attorney said.

So many tax dollars wasted. And, this isn't even the first time. A similar incident happened on a Boston train in 2012. Young's band is called Hexxus, and if nothing else, at least the band earned some free publicity from this ridiculous ordeal. The band have no official music posted, but do have a Facebook page.

Metallica rolled into Boston, Massachusetts, on January 22nd, 1984 (according to Metallica's official tour schedule and the venue's show archive), for a gig at... 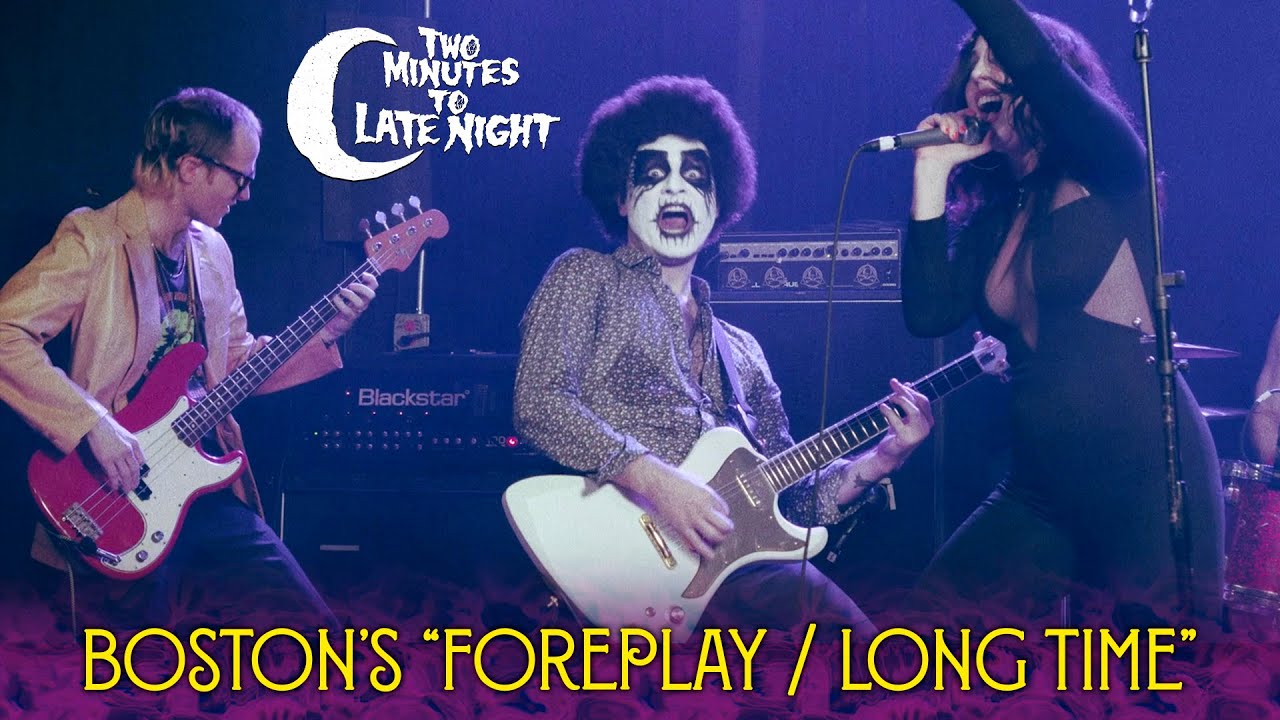 Another fantastic effort from Two Minutes to Late Night.

Calgary Police: If Your Child Listens To Heavy Music, They Might Be A Neo-Nazi