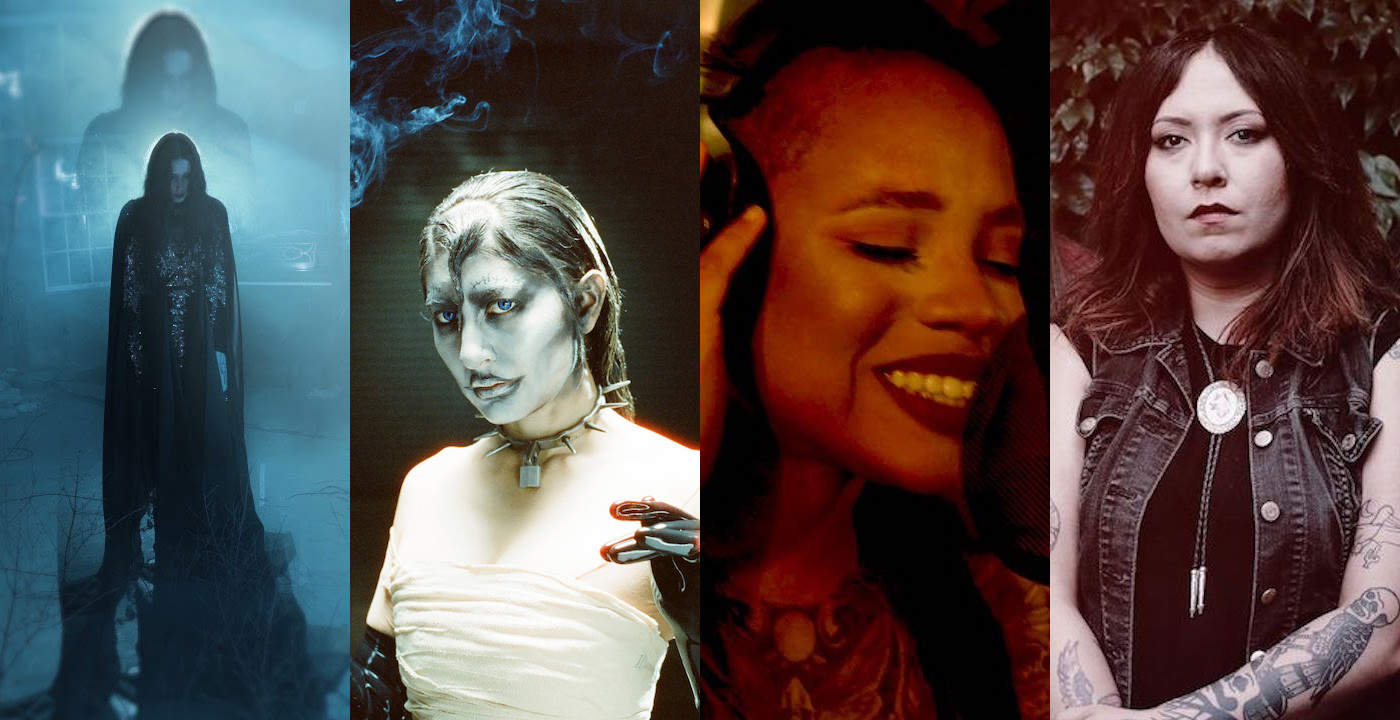 Type O Negative drummer Johnny Kelly said in a recent interview that if there was ever going to be a Peter Steele tribute show (and there almost definitely won't be), he'd want a woman fronting the band. Kelly added that having a dude front the band would result in "a bunch of dudes up there just trying to sound like Peter," and having a woman on the mic would "really stress the point of doing something as a tribute instead of trying to recreate something."

So who would be a good fit to do justice to the late and great Type O Negative bassist and vocalist? Well, here are a few excellent choices.

Chelsea Wolfe has this wavering, almost ethereal quality to her vocals that feel like they'd sit wonderfully overtop Type O Negative's ghostly music. Not to mention Wolfe has already proven she can pull off a Peter Steele look flawlessly.

Dorthia Cottrell (Windhand) remains one of the most underrated vocalists in doom. Cottrell's voice sounds like a formless demon lurking just out of sight, whispering incantations. Her relaxed delivery would fit so, so well with Type O Negative's slower stuff.

Cammie Gilbert (Oceans Of Slumber) should be on every metal fan's mind at all times when it comes to unbelievable vocals. Gilbert has a smooth-as-hell voice, a truly incredible range, and the awareness to perfectly tailor her delivery to any musical situation.

Sara Bianchin (Messa, Bottomless) would be an interesting take on Type O Negative, if only for her use of higher-register stacks of harmonies. Considering Bianchin's ability to bring it on the heavier sections of Messa, I think it's safe to say she'd kill it with Type O Negative.

Kristina Esfandiari (King Woman, Miserable, Dalmatian, etc.) has projects ranging from crushing doom to more shoegaze-type material, all of which feature nothing less than stellar performances. Plus with a range like Esfandiari's, her interpretation of Steele's lines would very likely rule.

Between her role as a backup vocalist in Kittie and fronting The White Swan, Mercedes Lander has showcased a ton of variety over the years. Plus Lander has this simply evil, almost beckoning quality to her voice that would really up the doom factor of Type O Negative.

Jessica Ball (MWWB) sounds like she's coming from everywhere at once at all times. From the speakers, from the walls, from the inside of your own mind projecting outward. Ball would offer a mutli-layers, spectral quality to Type O Negative that would be really, really cool.

Kayla Dixon (Witch Mountain, Dress The Dead) simply brings it. Her work in Witch Mountain is plenty versatile with loads of cool choices for harmonies, and her covers of songs like Soundgarden's "Blow Up The Outside World" are nothing short of mesmerizing.

Jasmin Saarela (Jess And The Ancient Ones) has this very "old school classic rock" kind of quality to her voice that would be a cool fit for Type O Negative. Saarela's delivery is sharp with an underlying gloom, but very powerful with vibrato in all the right places.