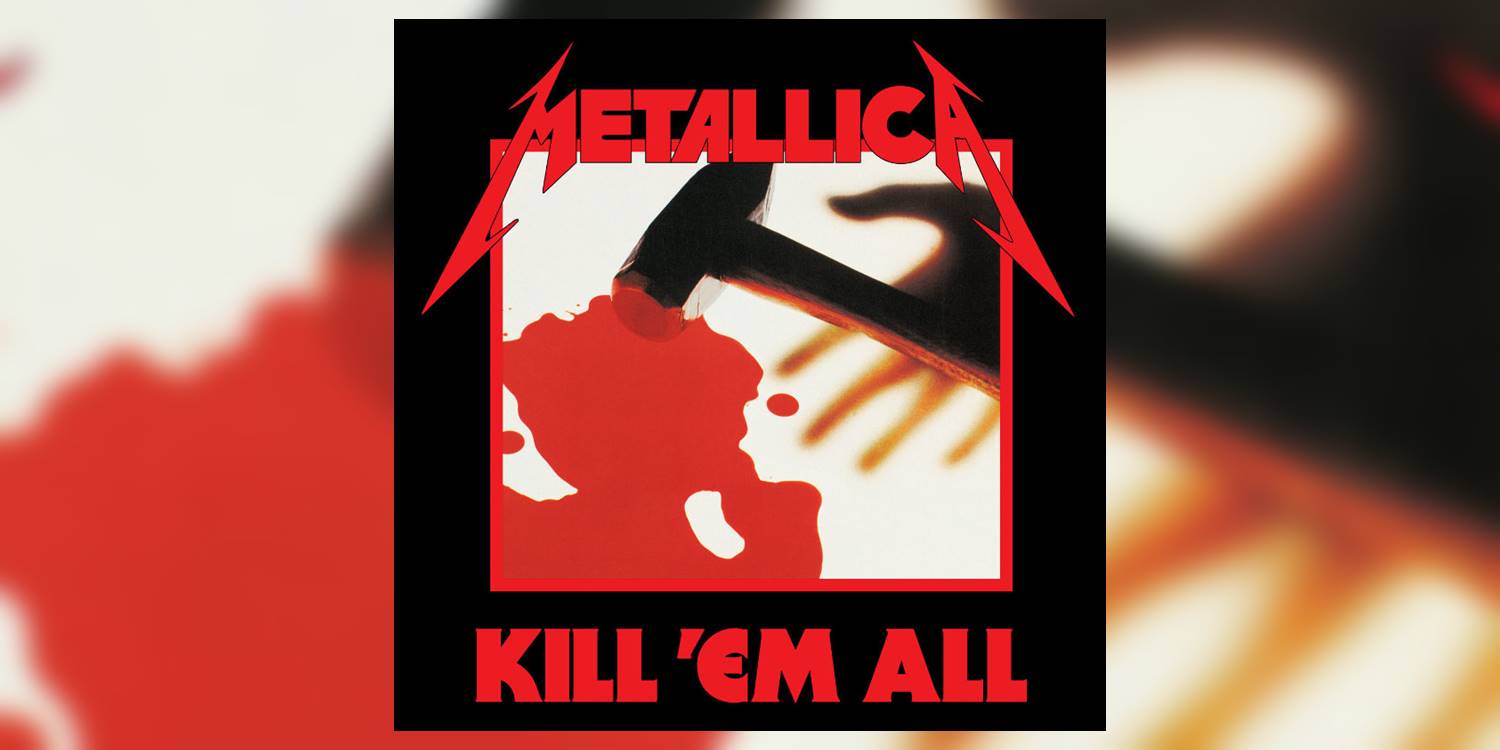 On this day, thirty-eight years ago, July 25, 1983, Metallica's Kill 'Em All was released to an unsuspecting public, not knowing that this band would become the biggest metal band, and one of the all-time best-selling musical acts in history.

Let's take a look at ten fun facts about the album that you may or may not know:

Metallica did not give a fuck in 1983, and were walking around LA like they owned the place. The artwork would feature a hand sticking out of a toilet clutching a dagger. The band's label, Megaforce urged them to change it after distributors and international labels refused to put out the obscene cover. The design eventually became an iconic Metallica t-shirt.

2) Cliff Burton came up with the title Kill 'Em All.

Of course, he did. The title came to the Metallica bassist after being upset with "timid record distributors" and saying "why don't we just kill 'em all?"

3) Dave Mustaine Was Kicked Out A Month Before Recording

If you haven't seen the Metallica episode of Vh1's Behind The Music, you are missing out on one of rock's greatest tales. (embedded below). Original lead guitarist Dave Mustaine had a drinking problem. The band was living in New York, rehearsing for their new album when they just about had enough of Mustaine's antics and famously packed his things, bought him a bus ticket and told him to leave.

Mustaine still got songwriting credits on four of the tracks on the album: "Jump in the Fire", "Phantom Lord," "Metal Militia" and "The Four Horsemen," which was originally titled "The Mechanix," and actually released under that moniker with Mustaine's next band, Megadeth.

After kicking Mustaine to the curb, Kirk Hammett had a week to practice the songs, get his ass to New York and play shows. Here is Kirk describing his first few weeks in the band in a 2008 interview:

"I had a week to learn the songs. At the end of that week I flew out and I had a week to rehearse with them, and then we started playing shows. Every show just kept on getting better. When it came time to go into the studio, Johnny Z, our manager said, 'You know you have to play Dave's solos.'

"I said I didn't really want to. 'Then why don't you take the opening to every solo, so that people think that they're Dave's solos and then you can go somewhere else with them,' he said.

"As a 20-year-old kid, put in a position like that, you don't want to rock the boat too much, especially being the new kid in town – the fresh guy. So I said, 'Sure.' That's exactly what I did. I took the first four bars of most of the solos and changed them. When I changed them it was always for the better and everyone liked it."

Hammett re-writing Mustaine's solos infuriated Mustaine and caused him to hold a grudge for many years thinking that Hammett got famous on solos that Mustaine wrote.

5) Some Songs Were Carry-Overs From Previous Bands
Advertisement. Scroll to continue reading.

"Hit the Lights," the first official Metallica song, which initially appeared on the iconic Metal Massacre compilation, was actually a carry-over from James Hetfield's first band, Leather Charm. "The Mechanix," which became "The Four Horsemen" was originally written by Mustaine for his previous band "Panic."

As part of the promotion for the WCW wrestling-themed movie, Ready To Rumble, starring David Arquette, WCW licensed the ripping track and used it as the entrance theme for their most iconic wrestler, Sting, with additional thunder sound effects added in. You can see Sting's entrance above.

7) Metallica has sold over 3 million Kill 'Em All records to date
Advertisement. Scroll to continue reading.

The album was certified triple-platinum in 1999 and will no doubt be certified quadruple platinum any day now.

If you've gone to a Metallica show in the last decade, chances are swell that the final song of the night would be "Seek & Destroy" and would most likely involve balloons. The band started this tradition on the 20th anniversary of the album's release.

Metallica celebrated their 30th anniversary as a band seven years ago and decided to let bygones be bygones and invited original guitarist Dave Mustaine and original bassist Ron McGovney up on stage to jam on some Kill 'Em All. It was truly a historic moment for Metallica fans:

10) There Were Limited Edition Kill 'Em All Shoes!

Vans wanted to help Metallica in the celebration of the thirtieth anniversary of the release of Kill 'Em All by putting out a special-edition Vans high-tops which are in high demand.

Kudos to Metallica for writing a record thirty-eight years ago that still stands the test of time. My favorite track on the album is "Metal Militia," what's yours?