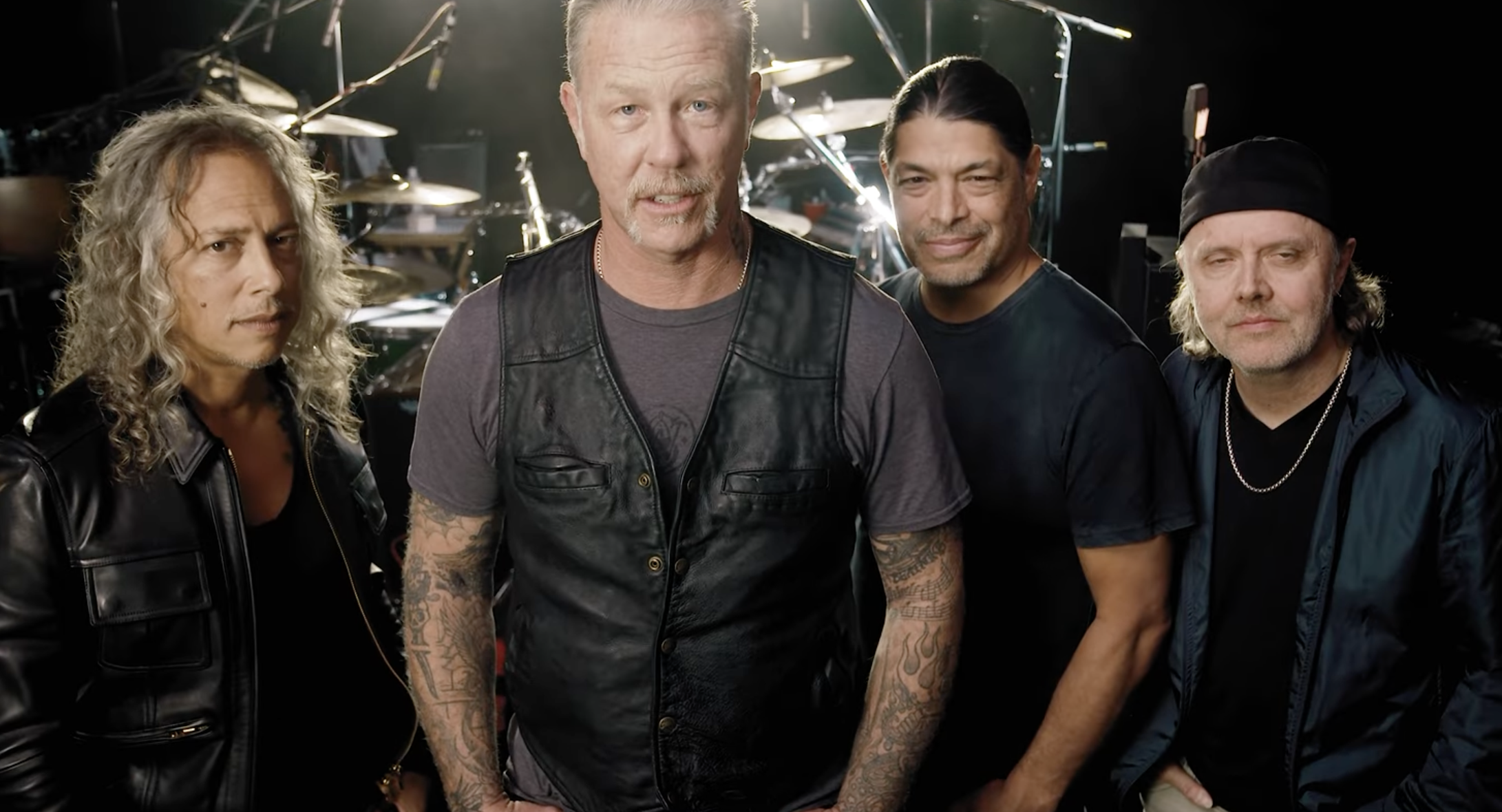 Clint Wells and Ethan Luck are two professional musicians from Nashville, TN. In addition to touring the globe with numerous high profile musical acts, they also host the longest running and most comprehensive Metallica podcast on the planet – Metal Up Your Podcast. With nearly 6 years of Metallica content and a cult like following, MUYP is not only the paramount podcast for fans of the San Francisco quartet – but one of the best music themed podcasts currently out there.

Currently on tour with country star Morgan Wade, we caught up with Wells and Luck got them to share their five favorite Metallica tracks and deep cuts:

Probably the finest instrumental Metallica ever recorded. It takes you on a musical journey to the point where you can't imagine the song with lyrics. Also, the bridge is one of Cliff's finest and most beautiful moments.

"My Friend Of Misery"

Starting off with an iconic Newsted bass line, the song blends heavy and melodic perfectly. The highlight for me is the well crafted harmony guitar solo.

This is Metallica in peak thrash form. A great example of how well Metallica crafted their own unique sound and took their abilities to the limit before entering the Black Album era.

The piano and horn intro sounds like it's straight out of a film and leads us in to an ominous clean Hetfield guitar part. What I really love about this song is the loud verses and quieter choruses, like on the original "Unforgiven". You also can't deny the great scream, "Why can't I forgive me!"

This nearly 10 minute song didn’t hit me that hard when Load was first released. However, when it showed up on S&M, it was undeniably an epic track with lots of musical space like a Pink Floyd song.

This was the first song I instantly loved off Hardwired…To Self Destruct. The boys managed to merge the Sabbath-inspired groove of "The Memory Remains" and the heaviness of "Sad But True" into one monster (get it?) song. This is one of Kirk's best solos on the album and James' vocals soar while taking us further into the 'Cthulu' mythos. A powerful song that reminds us Metallica still gives us heavy, baby.

"The song we never wanted to play live," is how it was introduced the one and only time it was performed at the 2012 Orion Festival. It makes my list because it's got an Iron Maiden thrashiness, a rare major key chorus (with a killer hook), and a great solo from Kirk. Lyrically, "Escape" extols the virtues of needing to be free from the status quo which, ironically, is the very reason James hates this song as it was allegedly written under label pressure to be a potential "hit single." Imagine that! Maybe we'll hear it live again in another 27 years.

If you strip away the endless arguments over what Metallica is supposed to look or sound like, this is simply a beautiful song exploring the dark underbelly of regret. Great textured guitars, lilting strings and the coolest song ever to feature a hurdy gurdy!

I've always seen Death Magnetic as a spiritual sequel to …And Justice For All. Both masterfully blend long, progressive arrangements and complex riffs with undeniably great vocal melodies and hooks. That's what sets Metallica apart from their formidable peers, the strength of the songs. This tune takes a classic image of betrayal and weaves it beautifully into an eight minute, pummeling metal masterpiece.

The Load/Reload era features James' most vulnerable lyrics. "Fixxxer" is a dark rumination on family trauma with imagery of voodoo dolls being stuck with pins, breaking spells and the need to cut free and run. Stacked against a long, ominous intro and a Sabs-heavy main riff, this song makes the top of my list because it conjures a world I can walk around inside of. When I was a kid listening with headphones, I would close my eyes and almost touch the walls of this world. All these years later, this band still has the power to inspire me with their music. To remind me why I became a touring musician. To renew my faith and, even sometimes, to fall in love with life again.

Metal Up Your Podcast drop new episodes every Monday, available where you get your podcasts!