Nicholas Franco's Top 20 Albums of 2014
This year, I decided to do something just a little different, in that I actually gave each of these entries a ranking. And the only one that wasn’t slightly surprising to me was my #1 choice.

I have a love/hate with making Top 10 year-end lists. I love going through all of the albums I’ve listened to/reviewed and coming with a consensus on which ones I enjoyed more. It also becomes a year-end retrospective, with each album documenting a certain portion of the year. And I hate having to come up with something interesting to say for each and every entry, as I inevitably end up sounding a bit like a broken record. But this year, I decided to do something just a little different, in that I actually gave each of these entries a ranking. Normally I don’t, just because it can be pretty difficult. But this year, I wanted to take up the challenge, and see where it all ends up. And the only one that wasn’t slightly surprising to me was my #1 choice.

So, all opinion, mine won’t be the same as yours, blah blah blah…

When you think of death metal, you have to think of Cannibal Corpse, right? A Skeletal Domain was just simply good death metal, and you just can’t go wrong with a new Cannibal Corpse album. Luckily, this one happened to be a really good one at that. Perhaps not the best in their discography, but still one of the best albums I have heard all year. Alissa White-Gluz debuts her vocal talent with Arch Enemy in a grand way. Arch Enemy has always been able to put out pretty consistent albums while dialing in the heavy just a little more with each release, and that's what I loved the most out of War Eternal. Nothing ground breaking, it’s just a good band displaying why they’re a good band.

Listen to “No More Regrets”

8. ANIMALS AS LEADERS – THE JOY OF MOTION

One alliteration to rule them all: purely progressive, powerful players.

This might have been the most anticipated album all throughout 2014, and it delivered on every single level. Extreme metal from the band who claims to be one of the last true examples, and definitely one of their best, if not the best album in their career. 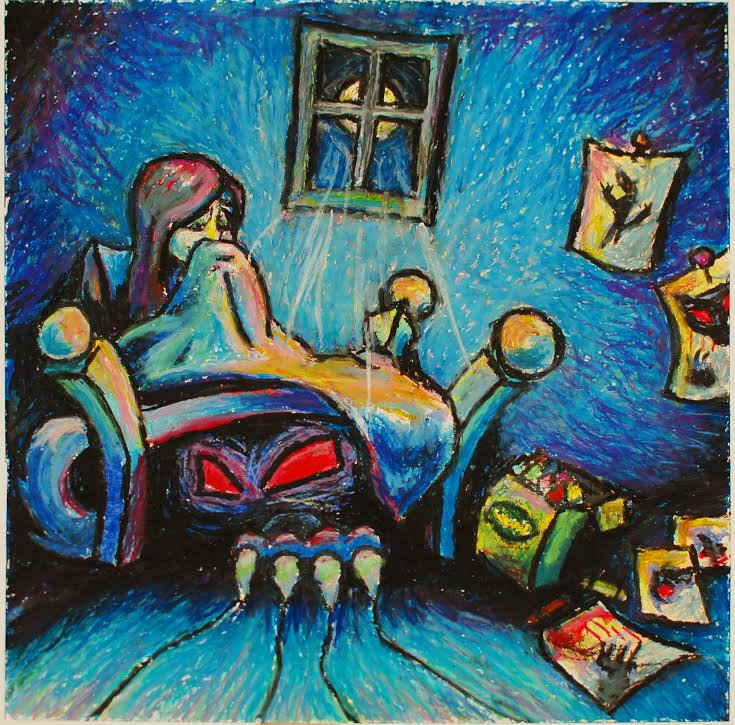 Ok, but seriously, if you haven’t checked out this full album, you just have to. And let’s be honest here, moving past the fact that the main gimmick of Sockweb is that it’s a father-daughter grindcore duo with the very young daughter doing the vocals, these vocals are absolutely insane. Please, just listen to “Spoon”; that song and video gives you all the reasons why this album is on my list.

Job For A Cowboy has always been one of my favorite bands, even from their humble deathcore beginnings. And I don’t think I can think of many other bands who evolve with every album, yet still manage to retain their identities all the while creating new ones. Sun Eater got more progressive, technical and more diverse from what we’re used to hearing. It’s definitely different from previous releases, and I think that’s just what makes the album even stronger in the end.

Listen to “Encircled By Mirrors”

4. ALLEGAEON – ELEMENTS OF THE INFINITE
Advertisement. Scroll to continue reading.

This album got a lot of heavy praise from critics, and MI readers, and for very good reasons. This album was extremely intelligent, incredibly diverse, and other similar adjectives as well. Sure, it’s heavy as it’s death metal, but it’s almost like a grab bag that any metal fan can find something they love about it. It’s orchestral, technical, heavy, and just represents how musical metal and Allegaeon can be.

Radio-friendly, pop-metal whatever whatever whatever. This album was a big accomplishment for all parties involved, and I think it paid off extremely well. The songs are catchy, and are also packed with tons of emotion. Given the origins of the band, these songs grabbed my attention and didn’t let go very easily.

Listen to “All Rise”

This was definitely best metalcore album I heard all year. Watchers Of Rule confirmed how much they could still deliver after being on the scene for more than a decade. It had me headbanging from start to finish and is just a huge energy boost. It’s kind of hard to be ultra descriptive on this, because it’s nothing too groundbreaking, it’s just fantastic. Everything you love (or hate) about metalcore is done the absolute best way by one of my favorite bands of all time.

Listen to "The Swarm” I reviewed this album myself, so I don’t need to go into such detail, but The Quantum Enigma really just affected me deeply. I can’t pinpoint what it is about it, because as I stated in my review, this is really just another symphonic metal album, not too different from the others. And yet, I’ve been listening to it, at the very least once a week since I received it.

But much like the reasons I chose Unearth in a previous ranking, this is symphonic metal done the best way it can possibly be done. Only, with the added symphonic elements, the band is able to explore so many emotions and atmospheres that just keep you captivated the entire time. The orchestrations and the choir vocals match the metal side of the band absolutely perfectly, and compliment and glorify each other constantly. I’m fully comfortable in calling this album Epica’s masterpiece (so far anyway), and undoubtedly the topper on my Top 10 list.

Listen to the entire album, but "The Essence of Silence" in particular…

After pouring over piles of releases and looking back on some of the brilliant music that emerged this year, it became apparent that this...

Picking these releases has been difficult. There's been a lot of good stuff that came out in 2014, perhaps even more so than last...

I make no pretense that these are objectively the best albums of the year, just the ones that had the biggest impact on me...

What more is there to say outside of "I really liked these albums"?