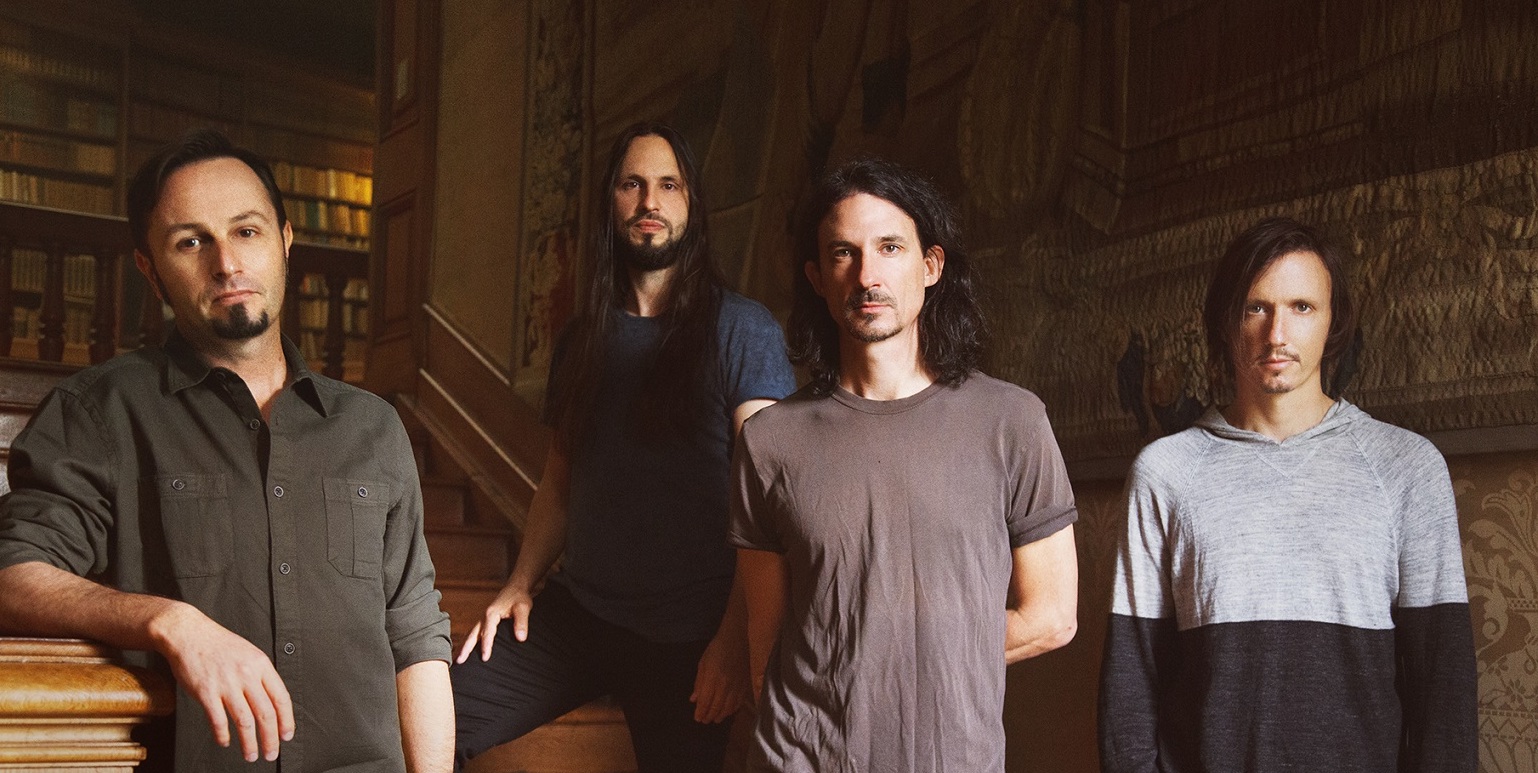 France's biggest and finest metal export Gojira has become one of the forerunners of the international heavy music scene. Far from overnight sensations, the four piece have toiled away for well over two decades to ascend the ladder of metal. They are an act that is heavy in more than just their musical output, with their lyrical and emotional impact as devastating as any low tuned guitar or halftime groove.

Having seven studio albums to their names, a lot of fans could consider anything from the first two Gojira LPs as deep cuts; but their history begins even earlier than that. With the band initially going by Godzilla in their formative days (before the Toho Corporation clamped down on that), they produced four demos before the release of their name change and debut full length Terra Incognita.

With a lot of great material to choose from, there are some excellent deep cuts dotted throughout Gojira's career – some songs that have never been played live, some that were only on deluxe editions of albums, and some that simply have been forgotten about for many years. So lets bust out the pelle (that means shovel!) and dig for some under appreciated Gojira gold…

Featuring on their 1997 demo Possessed, "End of Time" was remixed and remastered in 2003, before getting a brief vinyl run in 2011 with fellow demo track "Bleeding." A very rough and primal sounding version of Gojira, "End of Time" is clearly indebted to the artists that influenced them in their early days, chiefly Death and Morbid Angel. It's much more death metal leaning than their future material, but it still shows glimpses of the band to come, with the middle section featuring some classic Gojira chugging grooves. Certainly a worthy listen for Gojira completists.

Kudos to Gojira for tackling a less obvious Metallica tune with the oft-maligned Ride The Lightning track, "Escape". Metallica frontman James Hetfield has made it well-known that he's not fond of the original – perhaps hearing Gojira's excellent take on it might change his opinion. Gojira play it pretty much by the book, simply turning up the heaviness up and beefing up the production with modern values. The cover is available only on the Japanese edition on From Mars To Sirius.

The excellent "Esoteric Surgery," from 2008's equally excellent The Way Of All Flesh, is one of only a few tracks from that album not to have been played live. Deemed by frontman Joe Duplantier as simply too complex for him perform both the vocals and guitar parts, the pummeling "Esoteric Surgery" has become a little bit of a forgotten Gojira classic. It features all the elements you'd want from a heavier Gojira number; with tremolo-picked riffs, complex and grooving rhythms and a great building ending sequence. It's tucked in the back end of the release, and is probably overshadowed by the two brilliant tunes it's sandwiched between, "The Art of Dying" and "Vacuity."

Originally part of the oft-forgotten Maciste all'inferno live record/soundtrack released back in 2003, the song originally known as "Maciste 8" was rechristened "Inferno" when it was rerecorded at the band's own Silver Cord Studio at the end of 2020. It's a wild and furious number, with it's first minute devoted to building tension with noise, before moving into a grinding riff and beat. A less-conventionally structured piece than most of Gojira's other material, "Inferno" works well as a standalone track, but even more so as an introduction to the Maciste all'inferno release, which the true Gojira-obsessed would be advised to hunt down and experience.

One of two bonus tracks on the deluxe edition of L'Enfant Sauvage, there are plenty of Gojira fans who are unaware of the existence of "My Last Creation" and "This Emptiness" (more on that song later). Moving between furious double kicks and stomping riff that would make Dimebag Darrell proud, the heaviness is turned up even further with it's ending second half, featuring an absolutely monstrous breakdown. Some corners of the band's fanbase believed that Gojira began to slightly dial back their metal-edge when L'Enfant Sauvage was released in 2012, but clearly they haven't heard "My Last Creation"

"Of Blood And Salt"

For a song that has never made it on to an official release, or even on any streaming services, "Of Blood and Salt" sure has a lot of history behind it. Debuting as the first taste from the then-forthcoming Sea Shepherd EP in May 2011, the superb "Of Blood And Salt" was meet with a lot of praise and excitement from fans and critics alike. Gojira were starting to make some serious waves in the heavy music scene, and the song featured guest vocals from Devin Townsend, and an unmistakable guitar solo from Meshuggah's Fredrik Thordendal. Sadly, the hard-drive containing it and the EP's three other tracks crashed, thus losing them forever. Gojira were on an unstoppable wave of momentum at this point of their career, and the time to go back and record them has eluded them to this day. If this doesn't make "Of Blood And Salt" a deep cut, I'm not sure what does…

Taken from their debut full length Terra Incognita, "Rise" is a bit more death metal sounding than their modern output, but still obvious hints as to what Gojira would become, with big grooves between the furious instrumentation and blastbeats. According to the (mostly) trustworthy source setlist.fm, "Rise" has only been played once – waaaay back in 2001. Seeing as Gojira's fanbase has grown exponentially over the last decade, it's a safe assumption that many newer devotees have missed some of French four-piece's excellent earlier material, with "Rise" being a prime example of this era of the band.

We're digging deep, deep, into the Gojira archives for "Sentenced To Life". Released back when the band was still known as Godzilla, "Sentenced To Life" is the fourth and final song on their very first demo recording, 1996's Victim. Recorded when they were extremely young – the future powerhouse drummer Mario Duplaintier was a mere 15 years old – their obvious musical talent severely outweighs their age. While the raw demo shows that Gojira hadn't perfected their own unique sound quite yet, it's an important stepping stone in their career.

Another bonus track from the L'Enfant Sauvage sessions, it speaks enormous volumes of how bloody good Gojira are that both this song, and "My Last Creation," were only worthy enough to be B-Sides. Packed with awesome guitar and drum work, it bobs and weaves across different galloping tempos and feels, whilst retaining memorable and melodic hooks. "This Emptiness," along with "My Last Creation" are unavailable on any streaming service, with third-party Youtube uploads being the only way to enjoy them. Truly, both are the definition of brilliant deep cuts.

We close our list with a song from arguably Gojira's finest LP, From Mars To Sirius. What is inarguable, is that the 2005 release really pushed the French four-piece right to front of the modern progressive metal pack. There are so many great epics on this album, that it's only natural that some have been a little overlooked. "World To Come" is certainly one those. It's a mid-paced, slow burning track with two distinct sections; the first half built around the vocal melody over the top of relatively restrained guitar and drum work, while the ending section is an emotional, repeated riff that leaves room for Joe Duplantier's under-appreciated vocals. A tremendous piece of music.

So, how did we go? What are your favorite lesser talked about Gojira tracks? With a deep pool of material to pick from, there are bound to be a few numbers that we overlooked. Let us know your favorite Gojira deep cuts below!