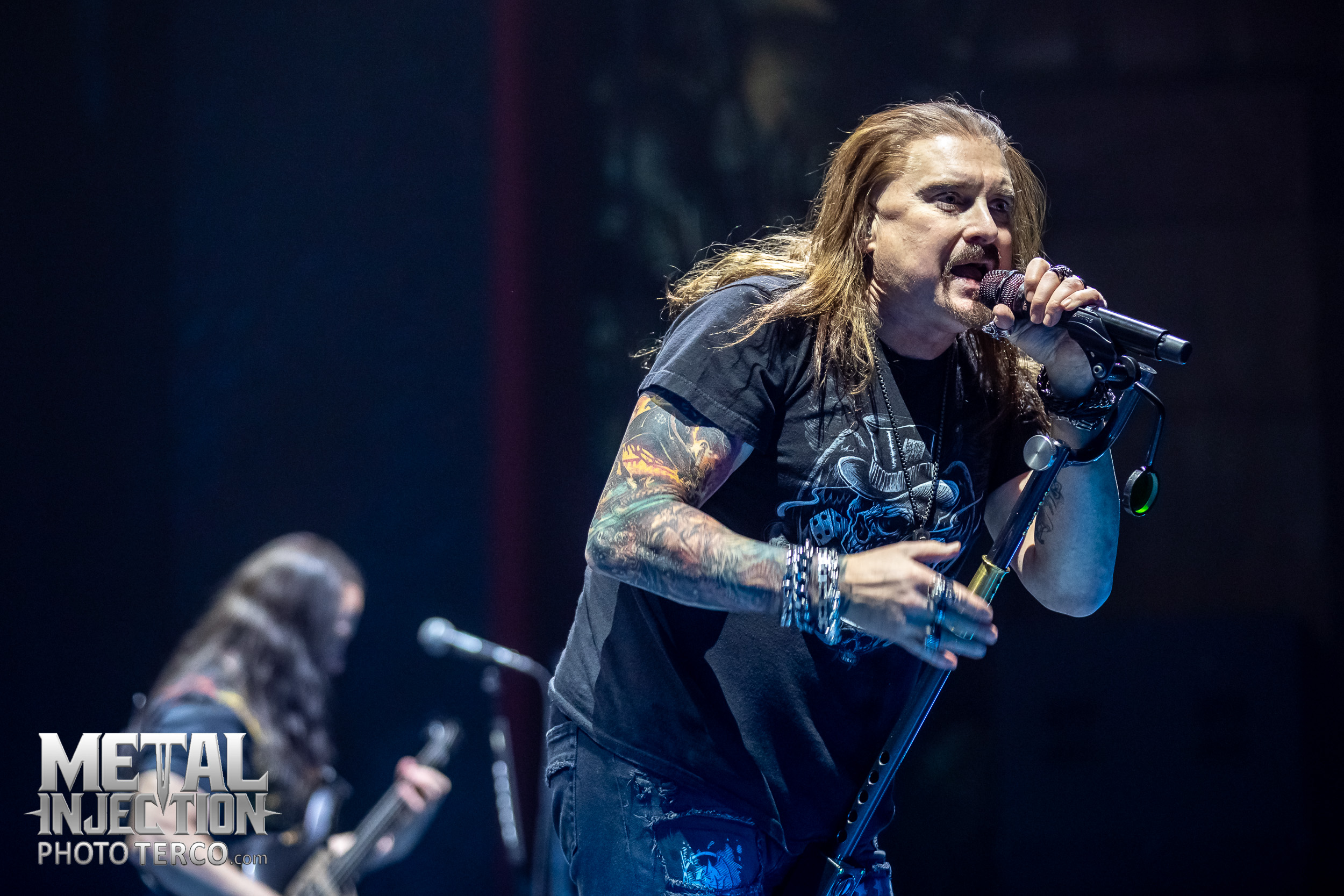 There are cornerstones to prog metal: Rush's 2112, King Crimson's In the Court of the Crimson, Pink Floyd's The Dark Side of the Moon, and then there's Dream Theater's 1992 opus Images and Words. Marking James LaBrie's introduction to the band, and buoyed by breakthrough hit "Pull Me Under," Images and Words is Dream Theater's most commercially successful album in their three-decade plus history, and also one that ranks highly among the greatest metal and prog albums of all time.

During a recent sit down with LaBrie in promotion of his latest solo effort Beautiful Shade of Grey, the long-time voice of Dream Theater dove into the ground-breaking and game-changing record for the band, one driven by fan support as opposed to record-company machinery, and one that changed the lives of he and his bandmates forever.

It really blew me away that this will be, this July, 30 years of Images and Words, which for many fans is the definitive Dream Theater album.

Well, it definitely put us on the map for sure. Yeah, it's hard to believe. Because I was really young back then. And the thing is it's just hard to fathom. Like if somebody had said to me in 1992, 'Hey, man, check this album out, it's from 1962,' I would have been like 'what the fuck are you talking about?'

I don't know. It just doesn't feel like that. But that's the reality of it, man. And it just blows my mind because when we talk about stuff like this as a band we're like, it doesn't feel like it. If someone was to say yeah, that was 10 years ago, OK, that registers in my head. But 30 years, it's like what the hell is going on?

Images and Words marked your start in the band. I know there was a huge audition process for the new vocalist, and then you move into the creation of this record, which was through the latter part of 1991 and then released in summer 1992. It's Dream Theater's highest seller and obviously "Pull Me Under" was the highest charting single in the mainstream.

It was number one on national radio. It was number one on MTV. Let's put it this way man, you and I wouldn't be talking today if that hadn't happened. If "Pull Me Under" hadn't gone through the roof… I don't know if you're aware of these facts, but when Images and Words was released, the label put out, distributed, 8,000 copies.

It initially went gold, and then it went on to sell two million albums, right? Worldwide, 8,000 albums! And I remember when we started that tour on September 27, and you can ask the guys in the band, I've got this uncanny memory for like where we were, what we were doing when we did it. And we started that tour September 27, 1992. We were in a van and it was like frickin showering at the venues and living dirty and man, rock 'n' roll for sure.

It was because of college radio that "Pull Me Under" hit. Somebody grabbed it. They started playing it at the campus. The college students were freaking out and calling in because you used to be able to call anytime. Phone's ringing off the hook. The dial was going all red. And then the next thing you know, national radio picked up on that fact and they were like wait a minute, there's this song that's bursting through all the college campuses around the states and the next thing you know they picked up on it. Their phones started ringing off, and that's how it became number one on all the radio stations around, at least in the states.

And then MTV picked up on the video that we shot in this little bar in Chicago and that blew up on MTV, and then the rest is history. Everything just started blowing up for us and it was crazy because if that song hadn't done that, I swear to God.

Our first gig was, I believe, The Limelight and we had gone out in the summer. So before the album was released we did like five shows in June, and one of those shows was at The Ritz in New York City where we backed up Iron Maiden and we went on and we frickin' kicked ass. And I remember Bruce Dickinson said 'Hey, you got to give it up for these guys. These guys are frickin' amazing. What an amazing band,' you know? And Bruce was already a fan of the band and so were a couple of the other guys in Iron Maiden. They were fans.

And anyways, we were out there in a van playing in front of, initially when we went out, anywhere from maybe 100 people to 400 people. I remember a couple of gigs where we were in front of 15 people, but we still went on as if we were playing in an arena. It didn't matter because to us we were like you know what? We're out here. We're having fun. We love it, and we're going to get behind it. All the songs were from When Dream and Day Unite and Images and Words.

And luckily for us that around November of that year, "Pull Me Under" started to take off. And you know who knocked us off our stage, so to speak? The number one? Guns N' Roses, "November Rain". Isn't that crazy? Anyways, like it didn't matter because "Pull Me Under" was number one for something like eight weeks at radio and it went to number two and it stayed there for another freakin' five or six weeks and then went to number three.

And it was slow and it didn't matter because we were selling like 50,000 albums a week. Everything was going through the roof and every show that we pulled up to was sold out, or else they moved it to a bigger venue. So it was quite the time man, it really was an amazing time for us.