Choice Cuts: UNDEATH Vocalist Highlights Some Excellent Sentient Ruin Laboratories Releases
Within the context of the larger American culture, the Ministry of Darkness was a nod to both the Goths and the reemerging popularity of heavy metal

Back in July, I wrote about Kevin Sullivan and his Army of Darkness. That was the first time that wrestling went metal. Back then, spectators in 1980s Florida really did think that Sullivan and his brood worshipped Old Scratch. Although Sullivan never once said "Satan" or "the Devil" during one of his hypnotizing promos (an Asian mystic named Abudadein was Sullivan's true master), the legend gained traction with each new and more lurid spread in one of the famous "Apter mags" of the pro wrestling world. The legend even proved powerful enough to start an internet conspiracy. Namely, in the wake of the Chris Benoit tragedy, some argued that Sullivan, a practicing Satanist, was behind it all.

During 1990s, after the high point of the Satanic panic had already died an ignoble death, Sullivan became a cartoon. The once frightening cultist became the leader of the Dungeon of Doom, a Saturday morning parody of evil. As his power waned, Sullivan went behind the scenes and became one of WCW's primary bookers (a fact infamously revealed by Brian Pillman during an unscripted moment at the 1996 installment of SuperBrawl). This left a pretty large void in the zany world of professional wrestling. The only figure left who could carry Sullivan's mantle of evil was the WWF's Undertaker.

Although he debuted as a heel at the Survivor Series in 1990, the Undertaker was a solid babyface by 1998. He had been this way for years, with audiences cheering for the Deadman's tolling bell each and every time he came to the ring. Whether wearing black and gray or black and purple, 'Taker and his fans, whom the WWF christened the "Creatures of the Night," were right up there with the likes of Bret Hart, Shawn Michaels, and Diesel in terms of popularity.

As a certified legend now, people tend to overlook the sheer silliness of the Undertaker's gimmick. A funeral mortician/zombie who draws power from a funeral urn is goofy enough, but considering the fact that by the mid 1990s the Undertaker was somehow capable of controlling not only the house lights, but also lightening, then one has to come to the realization that it was all kids' stuff.

At Judgement Day: In Your House, Paul Bearer, Undertaker's roly-poly former manager, turned his heel and went back to the Deadman. At the time, Undertaker was locked in a feud with his kayfabe brother Kane, a character ripped right from the pages of a horror screenplay. Bearer's treason effectively turned the monster Kane, who debuted in the WWF as an arsonist guilty of his parents' murder, into a babyface. One night later on Raw is War, the Undertaker followed Bearer's lead and became a heel for the first time in almost a decade. Prefaced by a metallic version of his theme song, the Undertaker took to the mic and spoke of a "Ministry of Darkness" headed by himself and "Brother Paul." He further alluded to a coming "plague" that was set to change the WWF forever.

Unlike all of his previous promos, this Undertaker did not speak with a faux hollowness that was supposed to echo like an empty tomb. Rather, this Undertaker, this leader of the Ministry of Darkness, sounded deranged—psychotic even. Worst of all, in order to fully solidify his heel turn, 'Taker admitted to the audience that he had set the fatal fire, not Kane.

In the ensuing weeks,  the Undertaker's descent into madness increased. During his feud with Stone Cold Steve Austin, he not only tried to bury the "Texas Rattlesnake" alive, but he and Paul Bearer came within inches of embalming the world champion on live television. Still, the Undertaker's most notorious act came on the December 7, 1998 episode of Raw is War when he "crucified" Austin. Instead of nails, the Roman soldier Undertaker bound Austin's hands and feet with rope to a symbol, which, while it incorporated elements of both the Latin cross and St. Andrews's cross, was anything other than holy.

I watched all of this in real time. For me, the Ministry of Darkness was both cool and dangerous. It was cool because the whole concept felt like a heavy metal album come to life. At its height, the Ministry of Darkness, which included vampires in the form of the Brood (Gangrel, Edge, and Christian), a torture victim-turned proselytizer in the form of Mideon, and a pair of silent but deadly tough guys called the Acolytes (Bradshaw and Farooq), was the Goth and metal subcultures in miniature.

The danger came from the WWF itself. During the Attitude Era, when controversial storylines were the norm, WWF television tended to have a grainy, low-fi look that was comparable to programs like COPS and The Jerry Springer Show. In 1996, the WWF produced a segment whereby people were lead to believe that Brian Pillman had shot Steve Austin during a home invasion. Between 1998 and 1999, the WWF utilized the same subpar technology in order to craft disturbing segments featuring the Undertaker and his followers. One in particular, which featured the Ministry of Darkness attacking Vince McMahon's house, hammered home the intentional parallels between the Undertaker's cult of darkness and the Manson family. Other instances, such as the abduction and near-sacrifice of Stephanie McMahon, emphasized the group's unearthly aims.

Unfortunately, the whole Ministry of Darkness angle ended in August 1999 underneath a real turd shower. Prior to absolute dissolution, the Undertaker's cult had been fused with the Corporation, which was headed by Vince and Shane McMahon. (In what has to be one of the greatest storyline travesties in history, the dark "Higher Power" of the Undertaker's theology was revealed to be none other than Vince himself.) The resulting Corporate Ministry was nonsensical. The Unholy Alliance, which the Undertaker formed with the Big Show after losing the world title and leaving the Corporate Ministry, wasn't that much better.

Sure, we can argue the merits of nu metal until the cows in JNCO jeans come home, but what's not up for debate is the fact that hard and heavy music enjoyed widespread visibility around the time of the new millennium. So too did horror movies, especially Scream knockoffs like I Know What You Did Last Summer and Urban Legend. As a result, the WWF put their greasy Connecticut thumbs on the nation's pulse and gave their audience exactly what they wanted. In between booze-soaked anti-heroes and scantily clad women there were Vampire: The Masquerade enthusiasts and a goateed apostle for the dark side. You really can't find a better encapsulation of heavy metal than that. 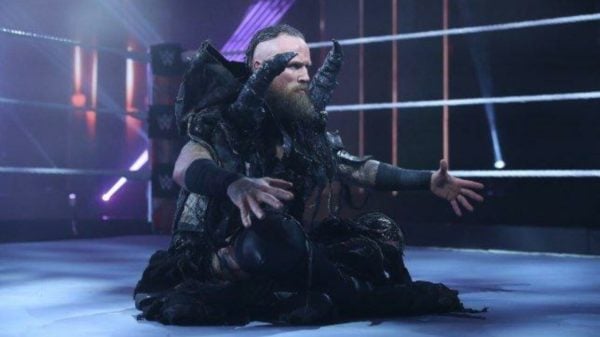 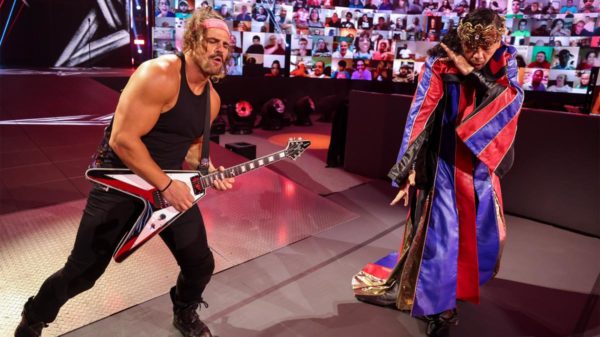