Watch METALLICA Performing 'Seek and Destroy' in Masks on Halloween, 2009 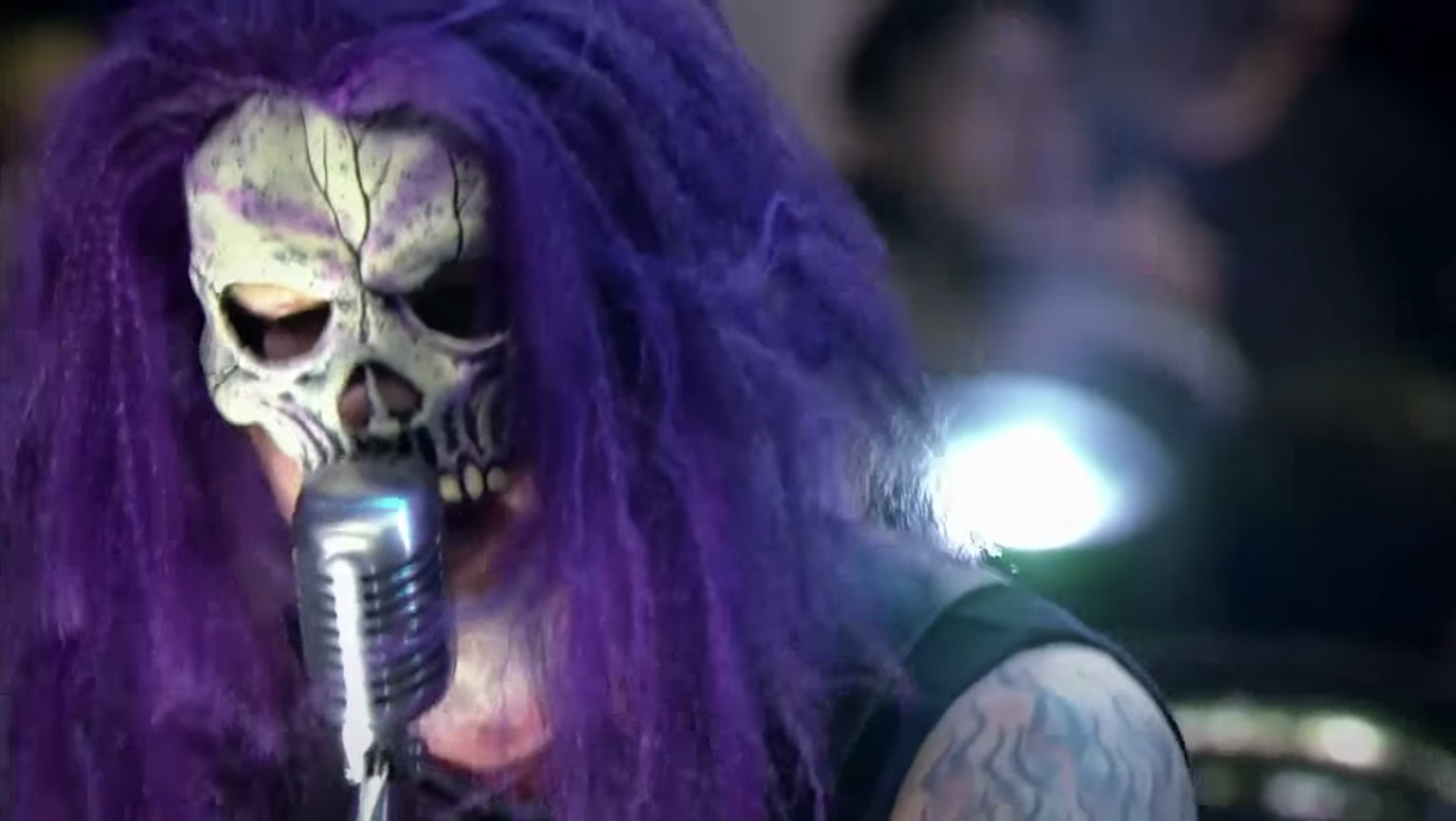 Metallica has been around ever since that fateful day in 1981 when Lars Ulrich ended up meeting James Hetfield after responding to Hetfield's ad looking for a drummer for his band Leather Charm. So you don't need to break into a sweat trying to do the math; that's a cool 39 years. They have pretty much done it all during their existence–selling out show after show, performing live with their idols like Rob Halford, Lemmy Kilmister, Lou Reed, and Ozzy Osbourne. Which, you may recall, ended up in a post-set-hug-fest with the entire band, initiated by Ozzy at the 2009 Rock & Roll Hall of Fame. This was also the year Metallica was inducted into the RRHOF amid a two-year-long trek across the world on the World Magnetic Tour. And, to again torture you with math yet again, when it was all said and done, the World Magnetic Tour grossed more than $217 million, one of Metallica's most profitable tours ever.

When Metallica rolled into Quebec City, Quebec for the first of two shows at the sexy-sounding Colisée Pepsi, it was October 31st, otherwise known as the greatest night of the year, Halloween. Both shows were recorded.

Once Metallica finally won the right to have complete ownership of their music and videos (after lengthy negotiations with the Warner Music Group), they formed Blackened Recordings. The first release for Blackened, Quebec Magnetic, consisted of a video album recorded during the two shows at Colisée Pepsi.

Since the first show was on Halloween, Metallica got into the mood when, after letting the Quebec crowd scream for their return for nearly two minutes, put on different half-face monster masks for the show finale, "Seek and Destroy." While I'd love to believe the masks were supplied by Metallica's resident horror-aficionado Kirk Hammet, it does not appear he had anything to do with acquiring the masks for this heavy metal Halloween caper. In fact, in toothing through some of Reddit's comments (the things I do for you!), it looks like the masks were acquired locally and that Hetfield said they smelled so bad, he couldn't wait to take his off. If you have ever worn a Halloween mask, then you know this is an accurate statement.

Lastly, if you haven't seen Quebec Magnetic, then I'll give you two more reasons why you should see it.  Aside from the fact it perhaps captures one of the more flawless live performances of Metallica since the late 80s, Quebec Magnetic was directed by video visionary Wayne Isham.

Isham is responsible for some of the most memorable videos and concert films of the 80s, 90s, and beyond, including Metallica's nightmare-fueled "Enter Sandman," the first of many Metallica videos Isham directed for the band over the decades. We may not be able to do Halloween like we used to this year, but letting Metallica remind us how fun it is helped me feel better. And it should do the same for you.

Metallica live at the Colisée Pepsi in Quebec City performing 'Seek and Destroy' on Halloween, 2009.