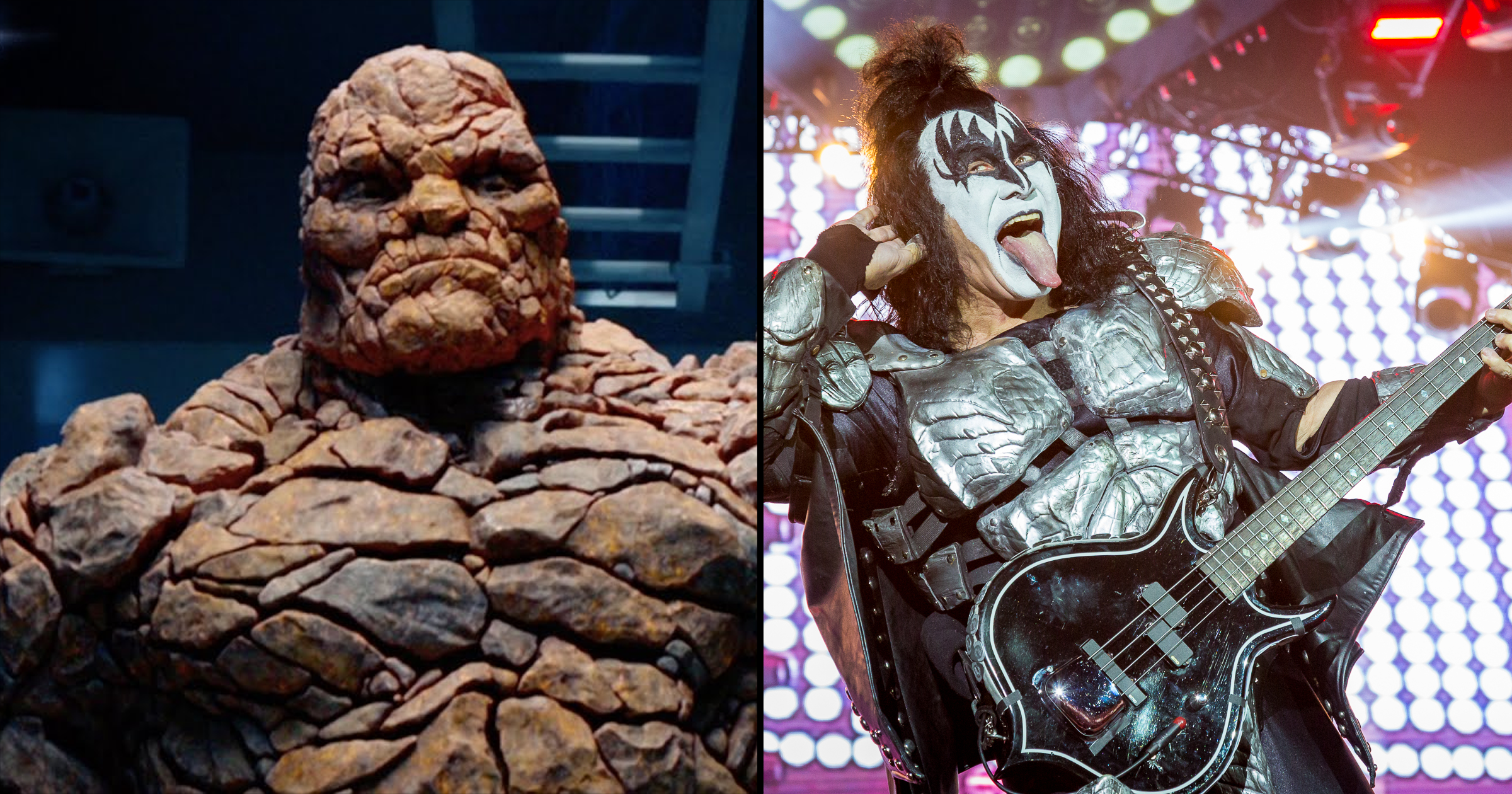 KISS frontman Gene Simmons is nothing if not very confident in his abilities. So, when news started getting around town in the early 80s that Marvel Comics was considering doing a Fantastic Four movie, Simmons thought he would be perfect for the role of "Ben Grimm" aka "The Thing."

Simmons wrote a letter (an analog form of what is now known as e-mail) to Marvel head honco Stan Lee, lobbying for the role. Amusingly, Simmons cites his performance in the extra campy KISS – Attack of the Phantom as proof he would be perfect for the role.

Everybody’s telling me about plans for a “Fantastic Four” movie. To make a long story short. I want to be the “Thing.”

Here are some scenes from “KISS – Attack Of The Phantom” which was a KISS co-production for television, and an Avco Embassy worldwide feature.

Either way, all the best of luck with the movie. I have been a fan since the beginning, and still, am.

Simmons is a huge admirerer of Lee's and has cited him as a huge insipiration. In a 2012 interview with Noisecreep he told the outlet "I started reading Marvel Comics in my youth, like many millions of young boys. For me, Stan Lee's stories had a profound, empowering quality that continues to this day. I witnessed super heroes with flaws. With self-esteem issues. With doubts about themselves. And I connected.

I was so awed by the stories and the mythology of Stan's super heroes, that I wrote him a long letter, comparing Marvel's heroes to Greek Mythology and their gods. And Stan Lee wrote back a postcard. I remember it, as if it happened yesterday. "You will do great things", he said. And he signed it Stan Lee. I felt as if I was touched by the very Gods of Olympus at that moment."