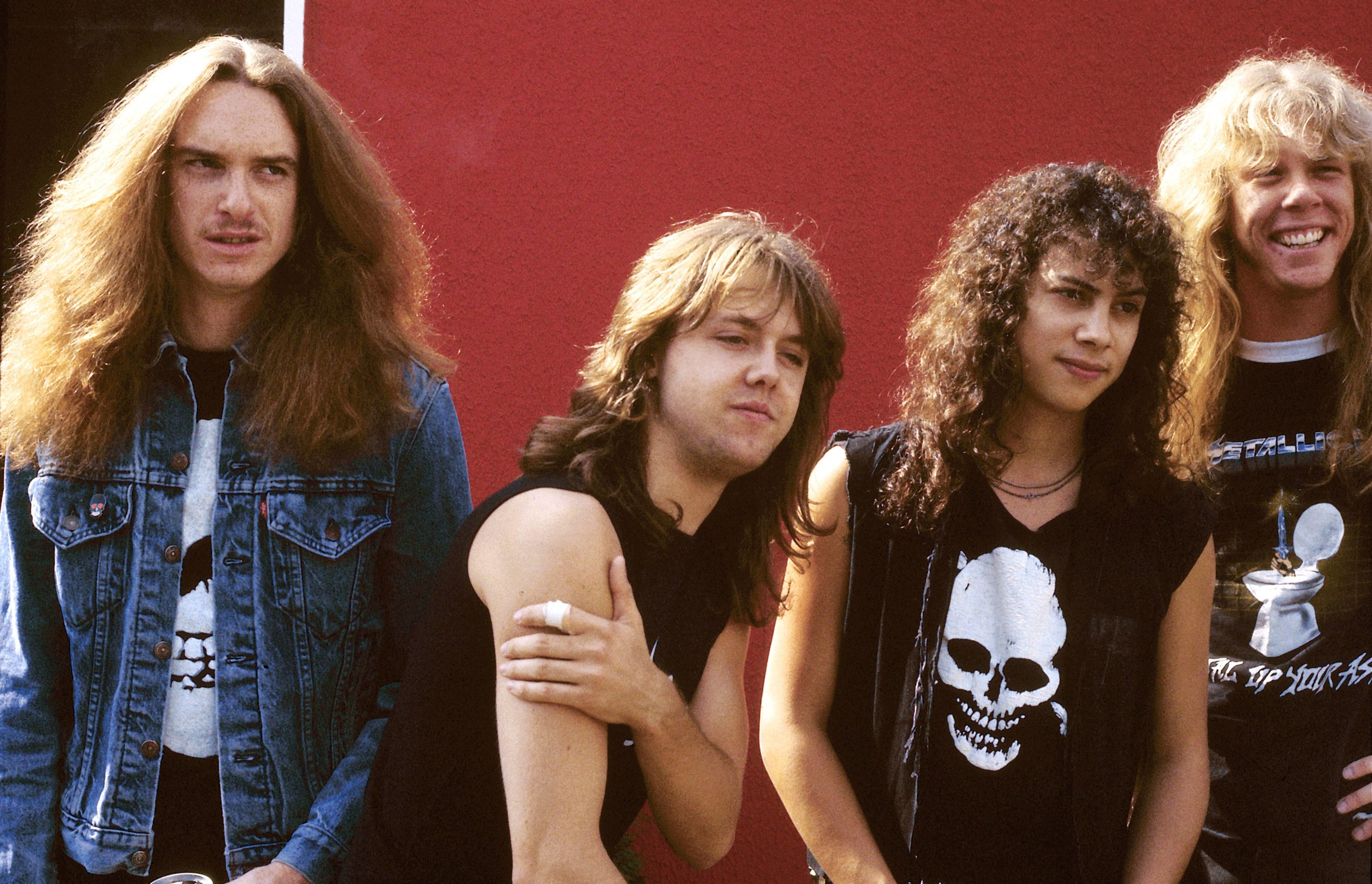 Metallica rolled into Boston, Massachusetts, on January 22nd, 1984 (according to Metallica's official tour schedule and the venue's show archive), for a gig at one of the greatest, grimiest rock clubs in the city, The Channel. I knew the place well as it was a heavy metal mecca complete with a parking lot filled with headbanging tailgaters, as seen in director Jeff Krulik's classic film, Heavy Metal Parking Lot.

The club itself was sizeable, easily able to accommodate 1700, a limitation it would often exceed. I've seen everyone from Anthrax to Suicidal Tendencies at that club, which closed its doors in 1991, but for some reason, only hung out in the parking lot the night Metallica came to play, because hanging out in the parking lot was almost as fun as being in the club itself.

It was an all-ages gig, and the parking lot was full well before the time doors were set to open for Metallica's early set at 5 PM. Also on the bill were Boston metal band Axminster and Brockton, Mass band Steel Assasin–a huge fucking deal for both bands and the local Boston metal scene. Everything was supposed to be cool; kids and anyone else lucky enough to have a ticket were about to have their face melted off before dinner.

A perfect metal storm on a cold night in South Boston that included Metallica performing "The Call of Ktulu" under the early working title "When Hell Freezes Over." Most importantly, it's what happened after Metallica's gig at The Channel, that would be hugely important to the band. An event that led James Hetfield to pen the band's power ballad, a song many interpret as a song about depression and the contemplation of suicide. But is it?

While talking about "Fade to Black" during their MTV Icon special, Hetfield called the song the most "personal" and "inside" song in Metallica's hefty discography. Lars Ulrich also spoke about how he and Hetfield were "obsessed with death" during the recording of Ride the Lightning. The inspiration for "Fade to Black" was based on loss.

The loss of Hetfield's prized Marshall amplifier–allegedly the first he ever purchased. Following the gig at The Channel, thieves with balls of steel broke into Metallica's rental truck and took off with $40K worth of equipment, including Lars Ulrich's drums (the NERVE!), and one of Kirk Hammett's Marshall amps. There's also a version of recalling the theft that indicates the thieves stole the rental truck with the gear noted above in it.

Whatever the case, the only things the thieves didn't get were Metallica's guitars, and Hetfield was devastated by the event. He recalled getting deep into wondering why the band should bother going (or if they would ever get) to Europe to play the next leg of the Ride the Lightning tour. But was Hetfield feeling like offing himself after having his favorite amp stolen from some meanies from Boston? No. Here's more from Hetfield:

"I'm sure I wasn't really thinking of killing myself, but it was my favorite Marshall amp, man!"

Since metalheads really are a generous bunch, their Megaforce label mates Anthrax lent them their equipment for the tour's Euro leg. Apparently, Lars flew off to London prior to the band's arrival in London to work the deal out, and the tour kicked off without a hitch on February 3rd in Zürich, Switzerland. In a very metal addendum to this old-school story, Metallica would end up helping out a Metallica tribute band from Montana when their gear got swiped in 2017.

After a gig in Portland, Oregon, Blistered Earth had "thousands of dollars" of equipment stolen from their van. The real Metallica caught wind of the evil deed and contacted the band with an offer to replace every last piece of equipment ripped off (the list is quite long) on their dime.