Kirk Hammett Explains Why METALLICA's <em>...And Justice For All</em> Was So Technical 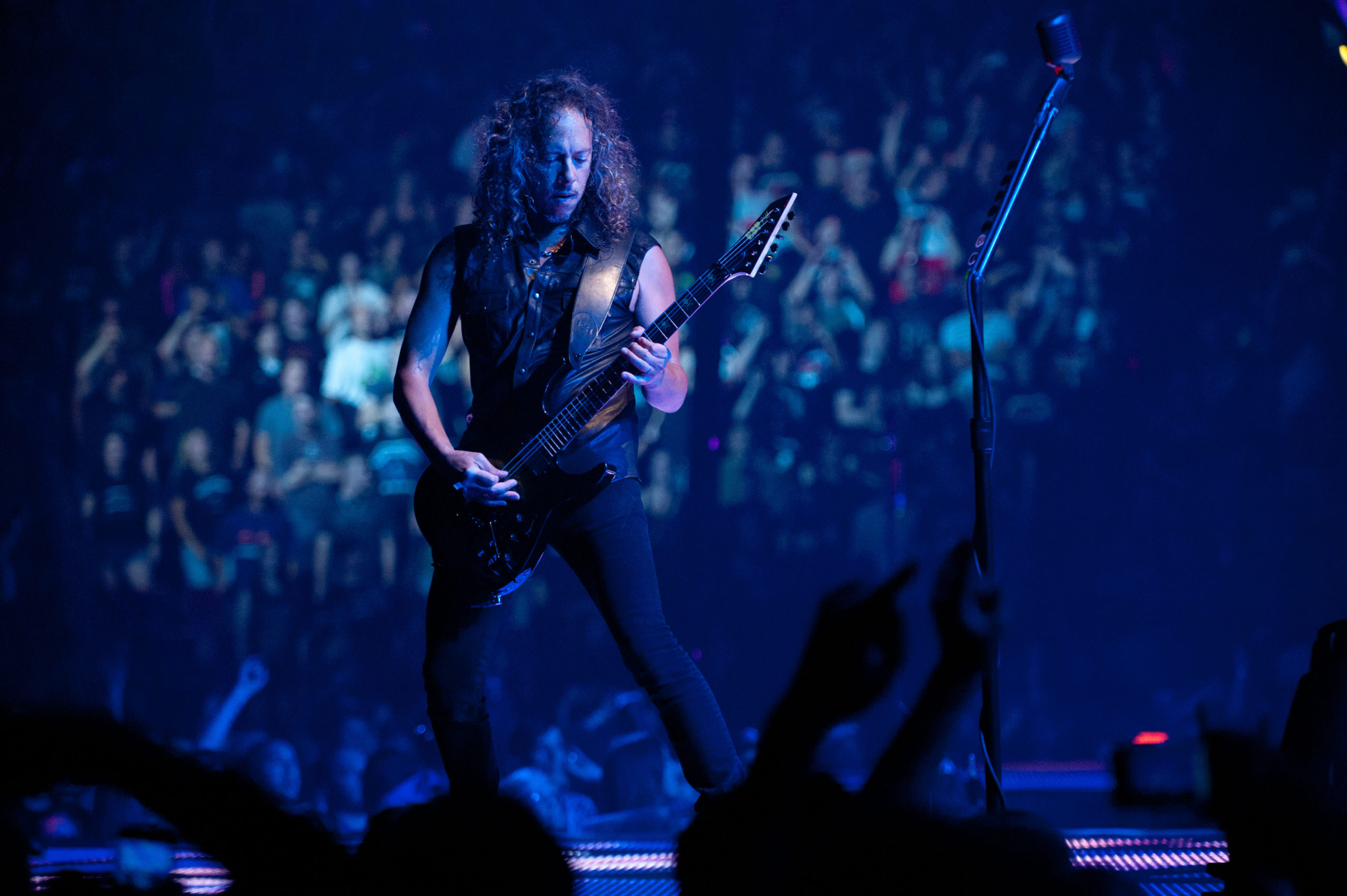 Even compared to Master of Puppets, Metallica's 1988 album …And Justice For All was super technical and just overall difficult to play. So what the made turn the "impossible" knob all the way up to 10 for the record? According to guitarist Kirk Hammett in the recent Gibson Icons documentary, the band was simply at the top of their game.

Hammett said Metallica toured for so long on Master of Puppets that they were at peak playing ability when writing …And Justice For All. Hammett also adds that he knew the band had touched on something special with their "One" music video when he saw the reaction of the MTV VJ after watching it for the first time.

"In the late '80s, the music culture kind of steered itself towards musical proficiency, and how proficient you were with your instrument, and how virtuosic you can be with your technique. There was a lot of emphasis on that kind of thing, and there were a lot of instrumental albums being put out by a lot of guitar players that were super-successful.

"The showy bit of being in a band was kind of augmented by things like MTV and just being able to play your instrument. So I think that had a bit of an influence on us in terms of wanting to show people what we could do and how progressive we can be.

"Because after our album Master of Puppets, we thought, 'Wow, this is as technical as it gets.' And at that point in our musicality, it was about as technical as we could get, but we wanted to show people that we can even go further. And so, conceptually, that was what we were thinking in the songwriting.

"And the riffs, after touring on the Ozzy tour and then playing all those headline shows, we had started taking advantage of the fact that when you're on tour, the level of your playing ability is really high – playing at 100%, and all of a sudden, all these riffs are coming out.

"So when it came to a time to get all the music together for …And Justice for All, we had a bevy of riffs that were just that much more thought-out and developed, and more progressive, because we had the ability to be more progressive, so we just took that and ran with it.

"And I remember watching it, and then afterward the VJ said, 'Oh, man, that was depressing… OK, now on to better things.' And instantly I thought, 'We have something.' If that was the reaction of the VJ, and there are no videos like that on MTV at that point that was like the 'One' video with dialogue.

"I thought, 'We're on to something. We are on to something here.' I always knew the song was great but you can think a song is great but the audience will for some reason or another think otherwise. But I just knew from the reaction that VJ that we had something that was actually hitting people on an emotional level."