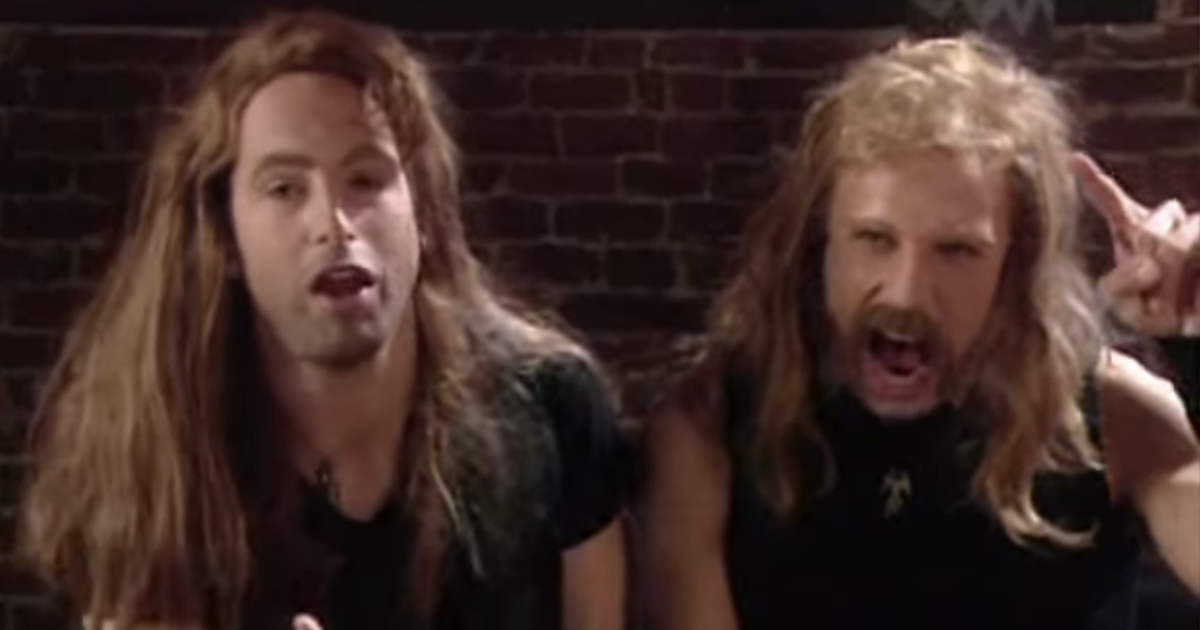 In 1992 (after leaving MTV for FOX), The Ben Stiller Show, led by comedian Ben Stiller and a cast of crazies, continued to parody all varieties of pop culture figures and events. One such skit featured Stiller as late Soundgarden vocalist Chris Cornell, as the lead singer in a made-up grunge band, The Grungies–a riff on The Monkees TV show (1966-1968). Fun fact! Former Monkee Micky Dolenz makes an appearance in this stellar Stiller skit. As great as The Grungies is (and it is fucking great), it's Stiller's hilarious homage to a show that celebrated all things heavy and metal back in the late 80s, MTV's Headbangers Ball, in 1993.

Stiller's spoof, "Headslammers Ball," is one of those television moments in time that if you weren't there, you probably have no idea it happened. This is sad, as the show, which won an Emmy for its debut season, was one of the highlights of the early 90s. The spot-on skit includes comedian and Stiller show regular Janeane Garofalo, who fantastically overstates Duffy's expressive, kind of Gothy persona as MTV VJ Duff (the awesome Karen Duffy). Tonight, she's interviewing James Hetfield (played by Stiller) and Lars Ulrich (played by the great Bob Odenkirk/Breaking Bad/Better Call Saul, etc.). With some help from hair and makeup, Stiller's impersonation of Hetfield is so right on, it's almost alarming when you first get a look at him. So here's the plot; Duff is getting the skinny on a new project Metallica had fake-taken on, scoring the soundtrack for a film where a father and his son switch roles. Since this is 1993, Andy Dick (another Stiller-show alumni) drops in to portray MTV VJ Pauly Shore in the skit, buuuddyyy.

I don't want to spoil any more of this time-capsule, but the name of the fictional film is The Boy Who Magically Switched Places With his Dad, and the song is dubbed "The Father/Son Switching Song." Of course, it's all set to the tune of one of Metallica's most instantly recognizable jams. The combination of heavy metal and comedy really doesn't really get any better than this, even though the clip is 29-years-old.