30 Years Ago Today: METALLICA Released The Black Album. We Look Back. 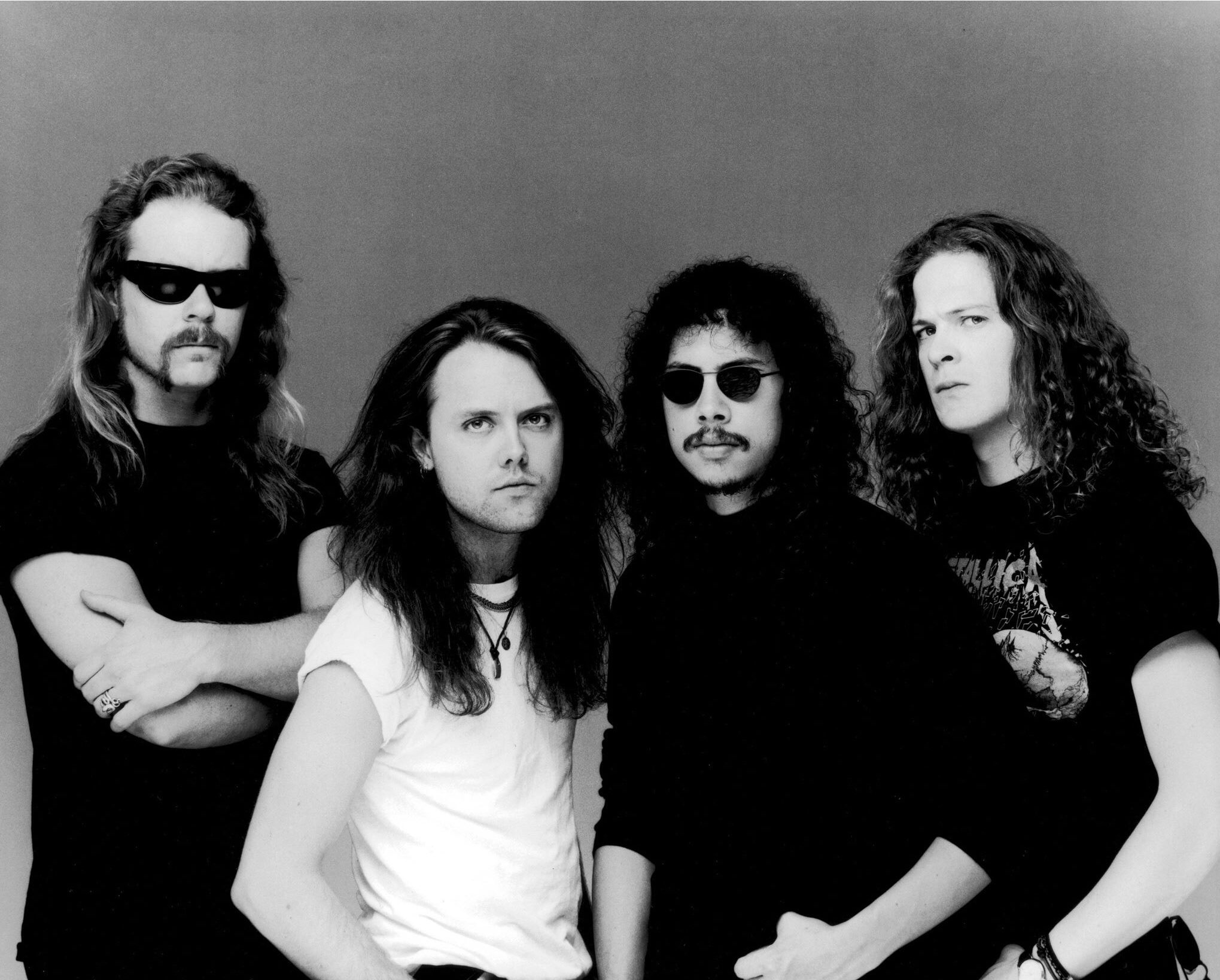 Metallica had truly pushed the thrash metal template to it’s boundaries on their fourth album, 1988’s …And Justice For All. Lengthy songs filled with complex guitar riffs, drum parts and time signatures made for some Metallica’s most impressive material, but it quickly became taxing and unsatisfying for the band in the live environment. It’s not surprising that the Bay Area four-piece desired a change. Having seen that album hit the number six position on the Billboard charts, mainstream success was in an arms reach – however no act of Metallica’s true metal pedigree had ever smashed that proverbial glass ceiling. With the motivation to create more direct and in-your-face music, Metallica – James Hetfield, Lars Ulrich, Kirk Hammett and Jason Newsted – set about chasing this with what would become their self-titled fifth LP, known to many as simply The Black Album.

One of the key changes that the band focused on was to improve on the dry, trebly production found on …And Justice For All. Having been impressed with sonic quality of his previous credits, the group and their management enlisted Canadian producer/engineer/mixer Bob Rock (Motley Crue, The Cult), as well as his fellow engineer Randy Staub, to man the boards. Entering Los Angeles’ One On One Studios in late 1990, what followed in the next eight months has become part of metal folklore.

Almost immediately coming to loggerheads with their new producer, Metallica (specifically Hetfield and Ulrich) struggled with Rock’s outside opinions on production and song writing, as well as the seemingly endless task of achieving the perfect take. The personal and professional lives of the band were also at various crossroads; Hammett, Ulrich and Newsted were all going through divorces, while Hetfield essentially had to relearn to sing after blowing out his voice during the recording process. Tempers flared and nerves were frayed, but through the months of exhaustion, stress and tension was the unified view that Metallica had the ability to create a disc that could push them into the musical stratosphere. And boy did it ever.

On the 12th of August 1991, The Black Album was unleashed upon the world. With anticipation for Metallica at an all-time high, the release was an immediate hit, exploding onto the Billboard Charts at the number one position, shifting over half a million copies in it’s first week alone. It was a runaway success worldwide, racking up top five debuts in Canada, Japan, Australia, New Zealand and across the European continent. A big factor of this enormous debut was LP’s first single, “Enter Sandman”.

A song that many metal fans would have deeply ingrained into their minds, it was the perfect choice for the introduction to the forthcoming album and new sound of Metallica. After a long build-up of clean guitars and rolling drums, the instant-classic main riff bursts through the gates, showcasing the band’s new thick, low-end heavy sound with straight-to-the-throat songwriting. It’s a true anthem of both the rock and metal world, and will more than likely remain Metallica’s most well-known contribution to recorded music for generations to come.

Showing that they weren’t afraid to take risks, the inclusion of two ballads was a gamble – something that could easily hurt their credibility in the eyes of their already established fanbase. Bob Rock pushed Metallica, especially Hetfield, to open up to the idea of expanding their melodic palate. While they had flirted with slow numbers in the past, such as “One” and “Fade To Black”, never had the band delved deep into the ballad territory like they did on The Black Album.

The spaghetti-western influence of “The Unforgiven” flips the quiet/loud template in reverse, with distorted verses giving way to clean, almost fragile choruses. Hammett’s immense solo on the track stands as one of his finest moments, with Rock again playing a large role by pushing the guitarist to his wits end to create the soaring lead break. “Nothing Else Matters” has etched itself forever into the hall of great rock ballads, as chiming clean guitars and Michael Kamen’s orchestrations build up over the course of multiple restrained verses and choruses, before the thunderous climax and delicate coda. Hetfield’s borderline crooning and relationship-orientated lyrics was in stark contrast to anything they’d released prior, but showed a window into the hardened frontman’s more emotive, and human side.

Metallica were open to embracing their more soulful side, as well as slowing down the tempo in general across the board. The six, seven, eight-minute thrash metal epics were gone. Instead, the riff worship leant more into the power of groove, which is highlighted perfectly on the colossal “Sad But True”. Grinding away at an almost sluggish pace, the track could go down at the band’s heaviest number with an enormous main riff anchoring the tune. The Eastern-tinged “Wherever I May Roam” is a clear tale of the trials and tribulations of life on the road, something that would become even all the more familiar for them in the years to come.

Five big singles were released from The Black Album, however the deeper cuts can stand toe to toe with their more well known brothers – from the pounding “Of Wolf and Man”, “The Struggle Within” and “Through The Never”, to the militaristic stomp of “Don’t Tread On Me” and “The God That Fail”. “My Friend of Misery” is based around a Jason Newsted bass motif, with the song’s mid-pace feel and bridge almost verging into country territory with it’s clean guitar twang. In hindsight, it’s clear to see that the alternative and experimental stylings that would be more prevalent on their next two albums had already begun to work their way into Metallica’s sound.

Metallica, Rock and Staub achieved their goal to create a massive-sounding album, regardless of whether it was being blasted through a sport stadium PA or shitty car speakers. Individual performances are also dialled back a couple of notches for the sake of the songs themselves. Ulrich’s drumming is reigned in to lean into straighter patterns and grooves, while the guitar work of Hetfield and Hammett is focused solely on power and energy, rather than technical six-string displays.

Newsted’s bass work, which famously got completely lost in the mix for …And Justice For All, proudly holds down the bottom end to create a rock solid foundation. The Black Album isn’t without it’s detractors though, and the accusations of being mainstream sellouts came thick and fast. But simply put; when you release a work of this size and magnitude those naysayers are drowned out by the legions of fans, both new and old, that are lapping it up in their droves. Metallica toured long and hard on the back it’s unstoppable momentum, staying on the road deep into 1994, hitting every major market on the planet. Going on to sell in excess of 25 million copies worldwide, and counting, the success of The Black Album was unprecedented in the metal scene. It’s unsurprisingly the biggest selling LP in heavy music history, and it put Metallica firmly on top of the global heavy music heap – a position that they still hold to this very day.