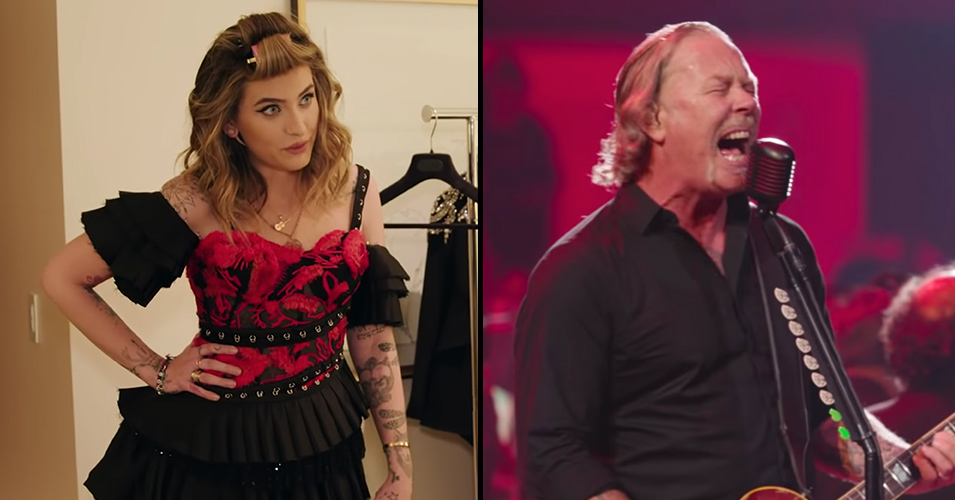 Four years ago, we learned that Michael Jackson's kid, Paris Jackson was a metalhead. We learned that she attended the big Rock in Rio festival and jammed out hard to Metallica. At the time, we also learned she liked Motley Crue.

But how much of a fan was she? Well, now we know the answer. Vogue recently released a video following Paris and her brother Prince as they got ready for the "60 Years of Motown" event.

During the video, Paris eggs on her brother, Prince, to get into “all the rock ‘n’ roll bands that I love.” She noted she had a big moment with metal, saying “I know you weren’t a huge fan when I was going through my insane phase.” Prince noted that he's getting back into Motley Crue. They both must be excited

Paris noted "I used to be… I'm still a heavy metal-head."

As she begins to try on dresses, and wears one that could be mistaken for a prom dress, Paris can be heard saying “I never actually went to prom. I skipped it to go see Metallica, so this feels nice.”

As somebody who did go to prom, I have to say, Paris, you made the right choice!  You might also recall Paris cameoed in a Steel Panther video a while back.

Perhaps Paris will be excited to learn that Metallica announced five big festival performances for 2020. You can get your tickets here.

Check out some more Celebrity Metalheads.