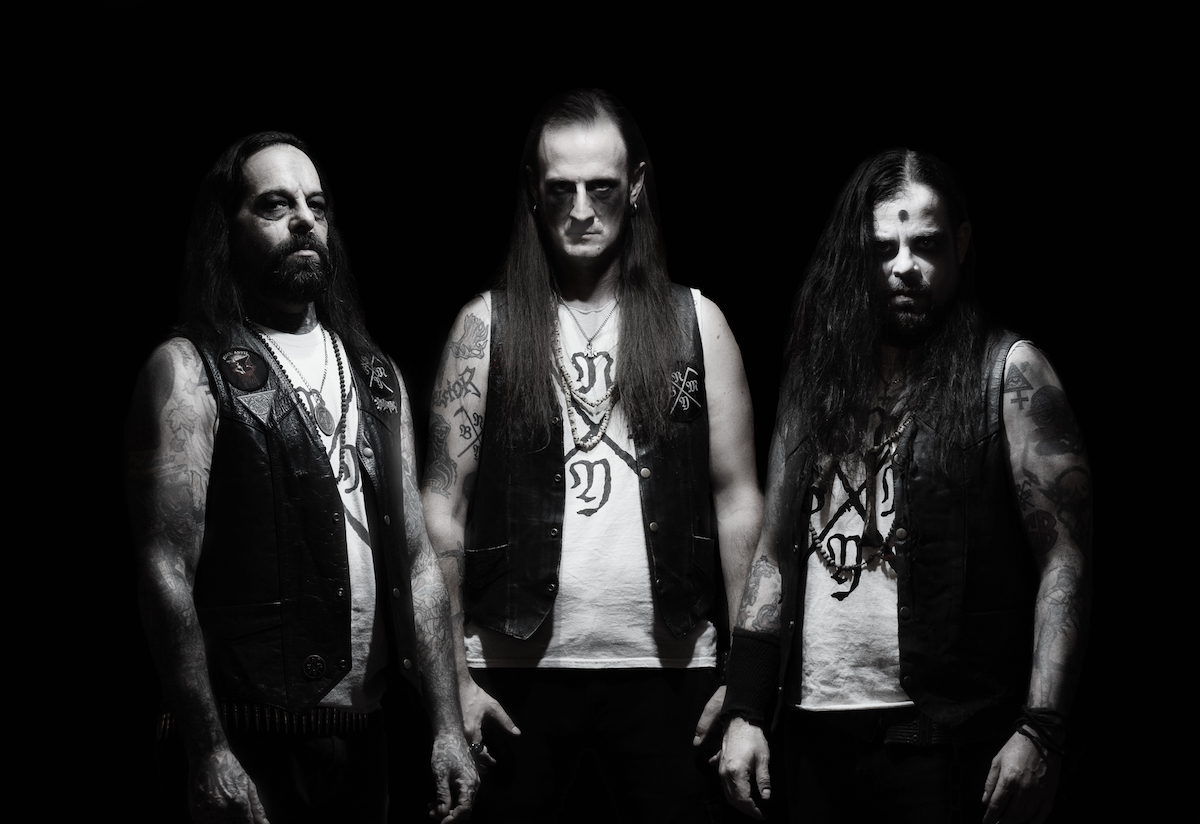 Sacred Rites & Black Magick, (out October 14 via Napalm Records) is another epic compendium of sorcerers' tales and war reflections from this St. Louis black metal duo. Short on extended personnel but heaping in ideas, atmosphere and execution, their attack tempers great moments of acoustic intimacy as they seesaw back into the tempest with seamlessness and grace. Welcome Stormruler back for their second Gimme DJ takeover Tuesday October 18 at 12pm PT/3pm ET! Get Sacred Rites & Black Magick here on Gimme Metal.

Regenesis is the first release in six years from NYC pummelers Black Anvil, and it finds a renewed fury and deeper experimentation into the limits of USBM than previous. The LP hits on Season of Mist November 4, they're on the road November 3 to December 10 with Cannibal Corpse/Dark Funeral/Immolation, AND as if they weren't busy enough, they join DJ Jet on the New Releases show Friday October 21 11am ET PLUS rev up a guest DJ special for us Wednesday, November 16 at 3pm ET! Get Regenesis here via Gimme Metal.

Aaron Turner and company in a second summit with the shamanistic Japanese free music legend, who has been at it since the beginning of the 1970s in such combos as Lost Aaraaf and the legendary Fushitsusha. Dark forms here generated by guitars, electronic and atmospheric effects not so much 'produced' but filtered through Haino's raw lightning-rod presence, a sheer channeling of emotion of energy. Linearity tempered with unfamiliar shapes, four musicians working together to tame a nuclear core and the results are again, like their first record, remarkable.

Evoking Deicide and other firstwave death denizens, Imprecation channel some real fetid feats out of their homeland of Texas on this third third LP In Nomine Diaboli out on Dark Descent. Sadly it marks the last recordings of recently passed drummer/keyboardist/founding member Ruben “Vomit" Elizondo.