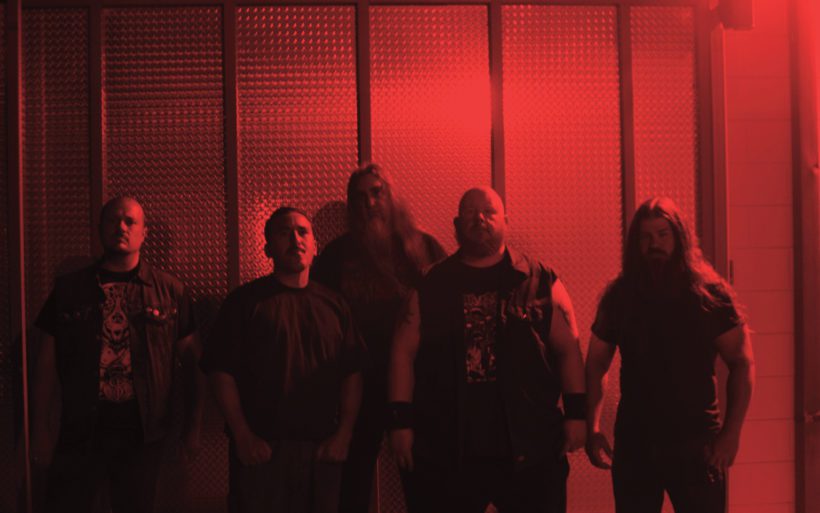 Spawned in Cali circa 1991, Ruin's filthy vortex of death metal history ebbs and flows through lineup shifts, clocking out and back in around 2015 and a healthy amount of EPs and LPs in these last 6 years. They return in August with 'Spread Plague Death' out on Nameless Grave, and this teaser certainly shows them in top shelf diseased/spirited form. We're excited to have vocalist Mike Abominator hosting a takeover on September 8th too, so do not miss.

It seems that Heath Rave of Philly's Wolvhammer had enough of the drums, as he described in press it was traumatic to connect his kit to an old lifestyle left behind, but quarantine put him back to work on Lotus Thrones. Far from pummeling to say the least, this project offers snatches of darkwave, sax-inflected spaceouts, Frippian guitar layers all woven into some embracing ambience. 'Lovers In Wartime' out this week on Disorder, and supposedly a second LP is in the works already.

SA are back with more Sabbathy melodicism colored in bright hues of rich riffage and spirited vocals. Great teaser from the 'Forge Your Future' EP due out August 27th, and check in with Nate Garrett as he does another guest DJ special on Gimme Tuesday August 10th!

These latest 20 Buck Spin stable stars come from Skeletal Remains, Blood of Martyrs and Empyrean Fire's camps, and their synergy on 'Deconsecrate' is a breathless trawl through stylistic variations to boggle the mind. Darkly atmosphere and vocals prevail, but the rampant assault of crazed time signature solos, impatiently swapped backdrops of altogether new modes make you feel like you're digesting an entire album's worth of ideas in one track, which ain't a bad thing at all. If I want my academic, scholarly death metal, it needs to be going for the throat and not prancing around in a tutu, and these Portlanders succeed and then some.

The soft spot we at Gimme have for these Swedes is enormous, and just when you go and figure out their next move they surprise you with a cover of country bard Larry Jon Wilson's 70's opus "Sheldon Churchyard". Soulful and significantly rocking, Horisont channel all their purist hard rock spirit in with typical Sabbath-style aplumb, tasteful licks, well-captured emotion.