MIDNIGHT, SAVAGE MASTER Among The Top Tracks of the Week 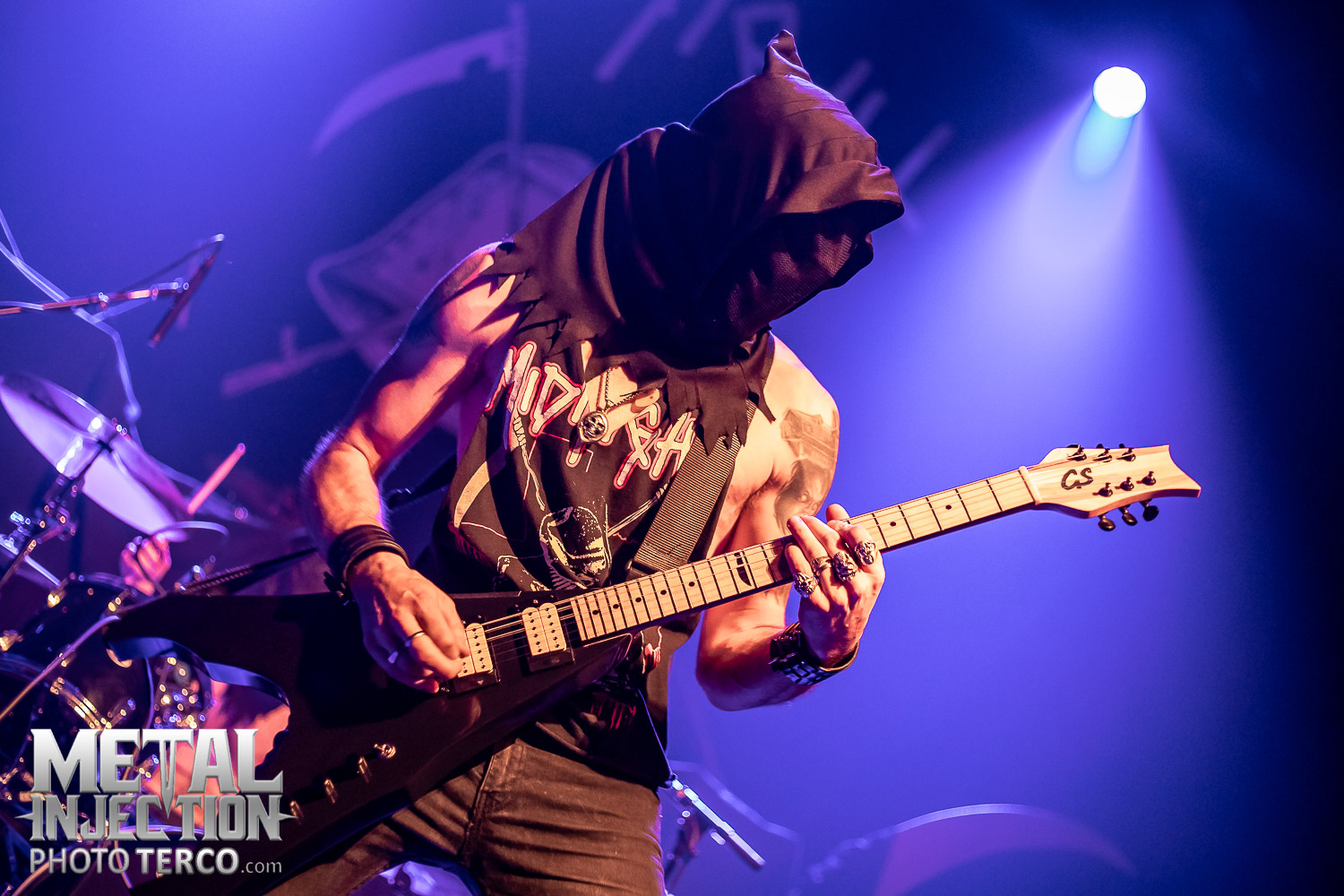 The trash and treble-thrash element of these Ohio maniacs has morphed somewhat to a bit more strident, thick and may I dare to suggest more accessible strokes, but all bands must of course progress or risk stagnation. Even Motorhead sniffed out new terrain through the years without losing their stamp, and as far as I am concerned, the doors of the rooms Midnight kicked down and joined together through the years would probably not be kicked down by anyone else. Athenar sounds fierce as ever, nonstop touring has made them a lean mean machine, and I'm more than excited to be hearing whatever the Metal Blade life bringeth.

WTF, a Minnesota black metal band with grunge vocal elements? Woozy, washing machine guitars churn sickly while laconic vocals bob in and out of the mix that don't sound unlike Greg Dulli from Afghan Whigs or J Mascis from Dinosaur Jr. Thanks to Gimme's DJ Allan Horrox and also Lars Gotrich for the tip.

Can totally imagine this band ripping it up at L'Amour's opening for Exodus in the 80s. Unabashed revisionism, surging guitars, a Kentucky combo not afraid to rock and rip. On the always excellent Shadow Kingdom imprint to boot.

Taken from 'Rebel Extravaganza', a watershed moment in Satyricon's career. Four albums down the line in 1999, Satyr and Frost sought to 'ungoth' the direction of the genre by churning out a document of pure misanthropy and putting new tricks on the table. To celebrate the 20th anniversary, Napalm has issued a fully remastered 2LP version of the album, and be sure to hear Frost talk to Alex Kayne on Gimme's The Slaughterhouse show January 7th!