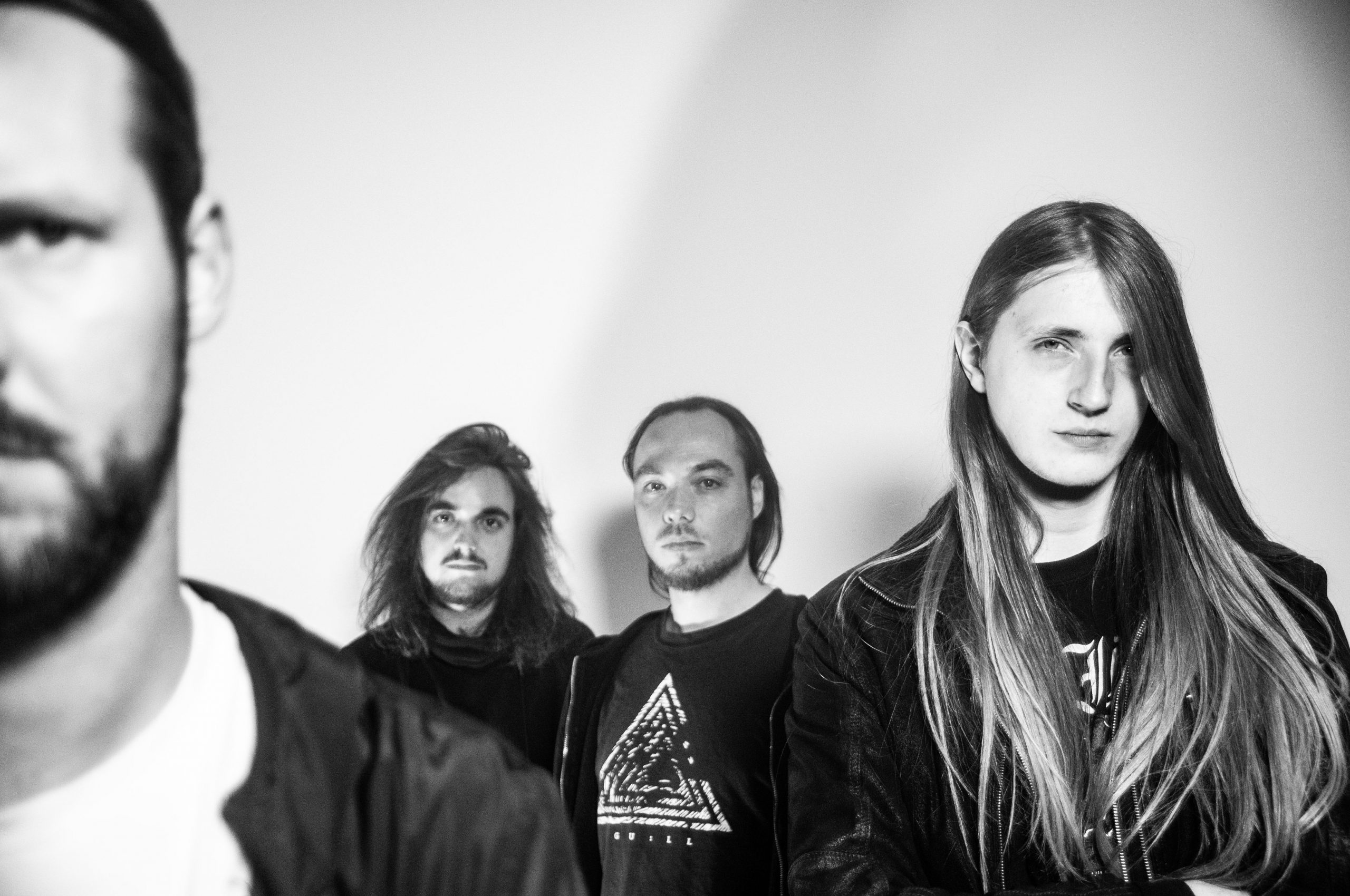 Office ripper faves KEN Mode return for a quick reappearance on a split with Kowloon Walled City and Shallow North Dakota, the latter's track being covered here, the release being a benefit for SND's bassist Tony Jacome fighting pancreatic cancer. Tony's Go FundMe has already raised $42,000 as of press time, and you can also support via this release's Bandcamp.

Some excellent extremity from this Dutch group who blast a ferocious amalgamation of math-metal, bludgeoning guitar, rhythms, and dense flanks of electronics with pure hurricane intensity already previewed in their earlier acclaimed release 'Dodecahedron'. 'Form In Motion' is out March 12th on Season of Mist, and the band presents a guest DJ special on Gimme March 15th! Possible seizure alert on this video BTW.

The duo of Rully Shabara and Wukir Suryadi formed in Indonesia in 2010 and have since traversed the planet with a sprawling and uncategorizable brand of experimental music based in Javanese tradition and heaviness. Their collaborations are a genre blur of co-conspirators like Stephen O'Malley, Keiji Haino, and Can's Damo Suzuki, their latest LP 'Alkisah' treads in heavier waters than usual, and has been released by 44 labels concurrently (!)

Yes! Self-declared NWOBDM (New Wave of British Death Metal) is at hand, and this London trio (swiping their name from a Bolt Thrower song) are doing it all in a faithful yet forward-thinking direction. Dig in, but watch out, yet another possible seizure-y music video here however.

While doom and pro-environmentalism might seem to be somewhat of a clashing combination of aesthetics in some cases, this UK one man project is out to make a difference AND destroy earlobes with a fuzzified path of bulldozer-riffs and subterranean vocals. The best part is that all proceeds from the sale of their new release goes to Save The Frogs campaign!