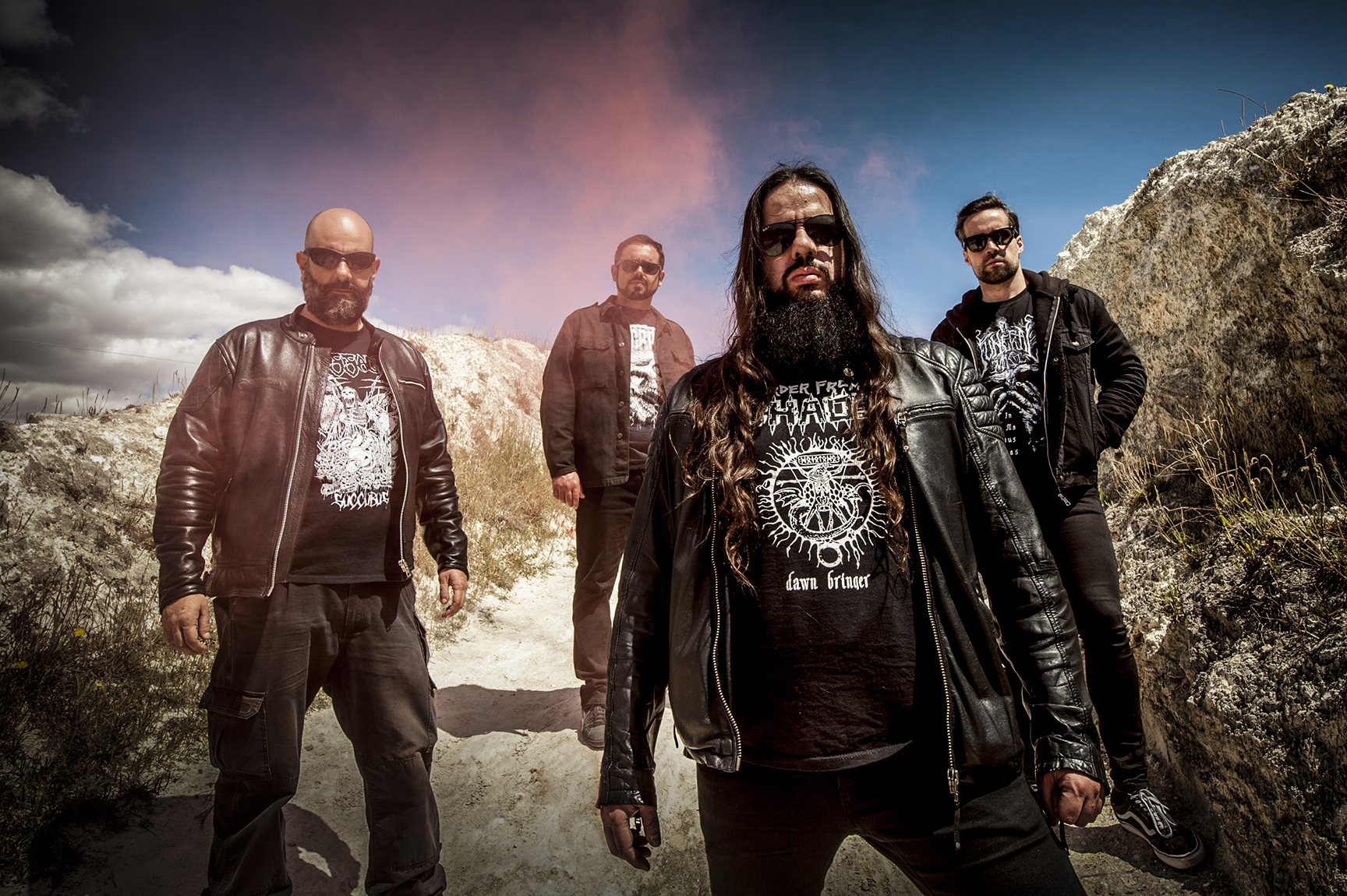 Not Midnight! But these Italians sure know how to put some Motor City in their Motörhead too with a smattering of Cronos yowl. From 1985 The Day of Wrath which has a reissue on the always-top-notch Shadow Kingdom label coming this summer! They captured some of filth of Venom and Bathory as contemporaries, but the Satan stuff was replaced by kick ass party anthems!

A wild 12" and frosty collaboration from two USBM units taking a lo-fi outing into the tundra hand in hand. Weird symphonic swells and keyboards barely break through an unflinching wall of dismal jet engine exhaust, a lone voice periodically creaking from some corner of your headphones just to remind you of his ordeal. This blasts off and fumbles through in and out of cruising altitude while doing some certain synapse damage. Opaque, fascinating stuff.

I expected some Fulci/Goblin/Zombi style Italo-horror synthery here but nope, Holocausto Canibal are straight up death/grind out of Portugal. Crusty, musty, going straight for the throat while circular squeals swirl around your head, this is another in Portugal's long line of brutal exports as of late. Immolation's Bob Vigna guests on the LP too, Crueza Ferina is their 6th LP.

Cartilage – "The Deader the Better"

Some raw goregunk from the Bay Area and a very mystery-plagued video, Cartilage certainly seem to keep good company from Exhumed with reason: Ross Sewage guests and Matt Harvey produces. The title track of the new LP out now on Creator Destructor give you a good first splash, the band joins Northwest Terror Fest in Seattle with Ludicra, Repulsion, Suffocation, Acephalix, and more June 30-July 2, AND they bring us a fairly classic selection of metal faves as they guest DJ Gimme Wednesday June 1st.

Philthydelphia. Daemon Bitch of Shitfucker just moved there and has joined forces with his pal Bat (AKA Darkest Prince from Devil Master) and Disjawn's Snake on drums and hoo boy are you in for a ride. 10 songs in 36 minutes, full of both band's maniacal bark-and-bite aesthetic. Breakneck speed distorted punk/metal swing, fury and filth.