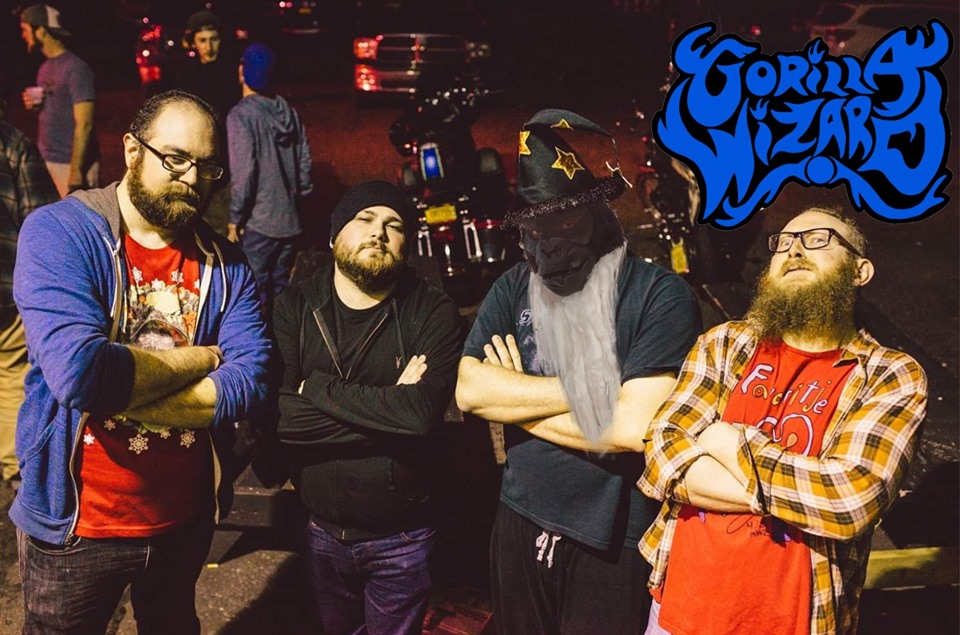 Some raucous riffage from this Long Island group whose EP 'Infinite Wave' roars with intergalactic-vibed heaviness. The fact that guitarist Bertram performs in an actually bearded gorilla-with-wizard-hat outfit should not deter from the serious slamming you'll get from these guys!

Great anticipation for this project featuring Anders Odden (Cadaver) and Kjetil Manheim (early Mayhem drummer). Both have had a heavy hand in sculpting the paths of Scandinavian death and black metal, and their second full length 'The Gospel' hits in October. Rounded out by Billy Messiah and Stu Manx (Gluecifer member who replaced Rene Jansen who sadly passed in 2014), Order is a blood-blast of high order, and we're extra excited to have them on a Gimme guest DJ special Monday, October 11th with hosts in the chat!

this one-man project of Canadian artist Jo "Steel" Capitalicide since hearing it on Allan Horrox's By This Wax I Rule! show, an offshot of the Iron Dogs stuff Allan loves so much. A sludgier, low-tech sideroad of power metal, Ice War's Sabbath strides slide in well to the epic and medieval flavors flowing forth from these speakers.

A battery of elevated noise/death issues forth from this UK unit, placing you in a claustrophobic tincan and rattling you to hypnotic submission. This is the title track of their new LP on Dark Descent, a labored affair in the making over years.

While NYC music staple JG Thirlwell (Foetus/Stereo Maximus/Manorexia/assorted Venture Brothers soundtracks) might not be best known for metal, his unparalleled studio wizardry and ability to tap into darkness will appeal to Gimme fans nonetheless. His second outing as Xordox traipses down the foggy highways of Cluster/Tangerine Dream haunts, his lessons in deep meditative zone-out are heavy and highly intriguing.