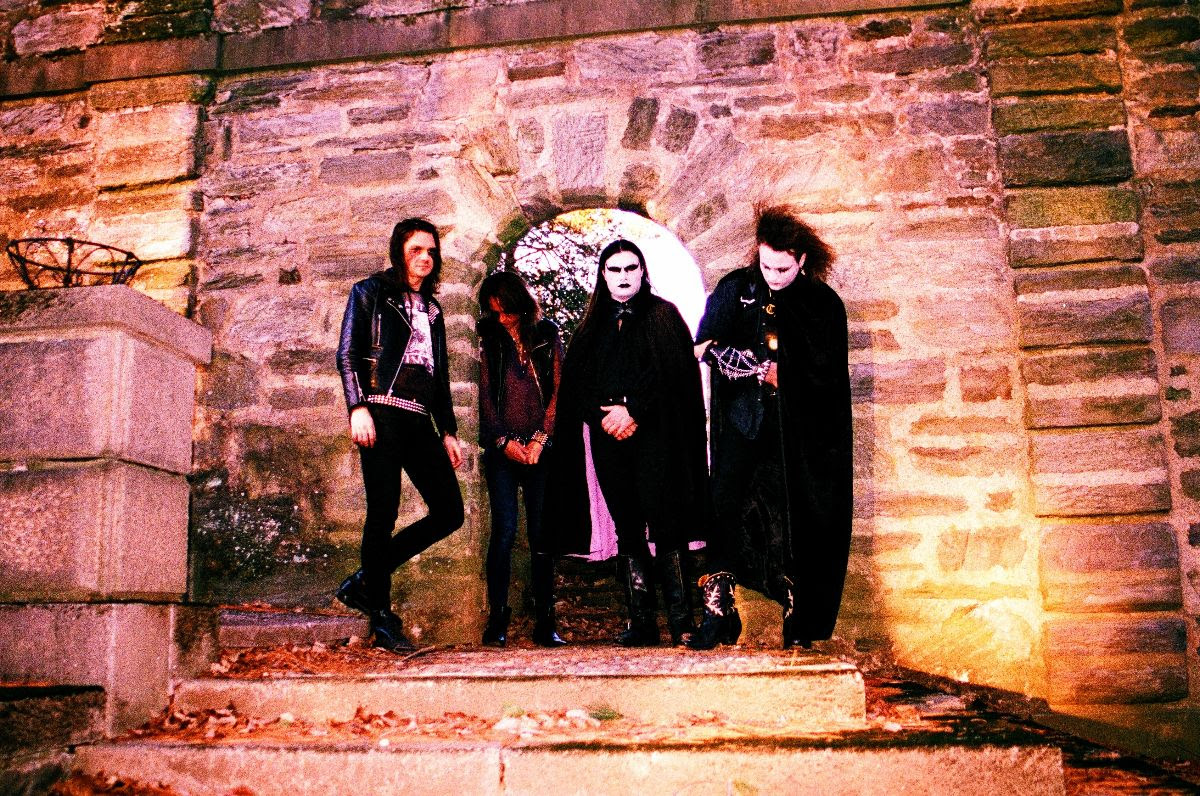 It's been some time since we heard from Mystic Circle, but these occultist Germans can still whip up some gothic grandeur with their swirling synths, but still lobotomize everything in their surrounding area with buzzing guitar flutter and blastbeats galore. Black metal at heart, but never revisionist, and never afraid to turn out some Maiden-esque solos either. A nice return.

Top notch Finnish death from these guys on "Succumb To Rot" (out on Dark Descent April 22), and this initial taste from the quintet finds them creating thunderous edge and atmosphere over their growl-n-grind template. Distressing at every angle, well done.

From their forthcoming Century Media LP We Are the Apocalypse, Sweden's Dark Funeral lead us in here with lapping waves that explode into dominating vocal attack from Heljarmadr and a tremendous drummer that froths up the mix in a great way. Equally tempered in melody and noise, chaos and calm, Dark Funeral take a grand leap into a greater abyss here than on their 2016 outing Where Shadows Forever Reign. They also host a Gimme DJ special on Friday, March 18th!

A defiant face in the darkness, Svrm hail from beseiged Ukraine armed on their own with icy atmosphere and prime black metal moves. Awash in bleakness, this track grapples with the forces of nature with fearless fury in sad parallel representation of what their beloved Kharkiv faces even as we speak. As Bandcamp commentator Putin Assassinator says on the 1827 Edward Hull painting featuring a weapon-wielding skeleton that serves as Svrm's album sleeve: "seriously, drive that pointy spear right through the asshole's flabby face."

The glitch-ridden VHS/Blair Witch vibe of this video perfectly matches the woozy-n-warped phased riffage these Philly blackened thrashmasters purvey; Devil Master are back with a new Relapse LP Ecstacies of Never Ending Night and are whoopin' up a furious storm. When I saw them live they looked like an even-more occult Damned strewn in cobwebs, an impressive presence and a fresh blast in a field of copyists, with a unique sensibility putting them apart from the usual pack.