CAULDRON, BLACK RAM, VALDRIN Among The Top Tracks of the Week 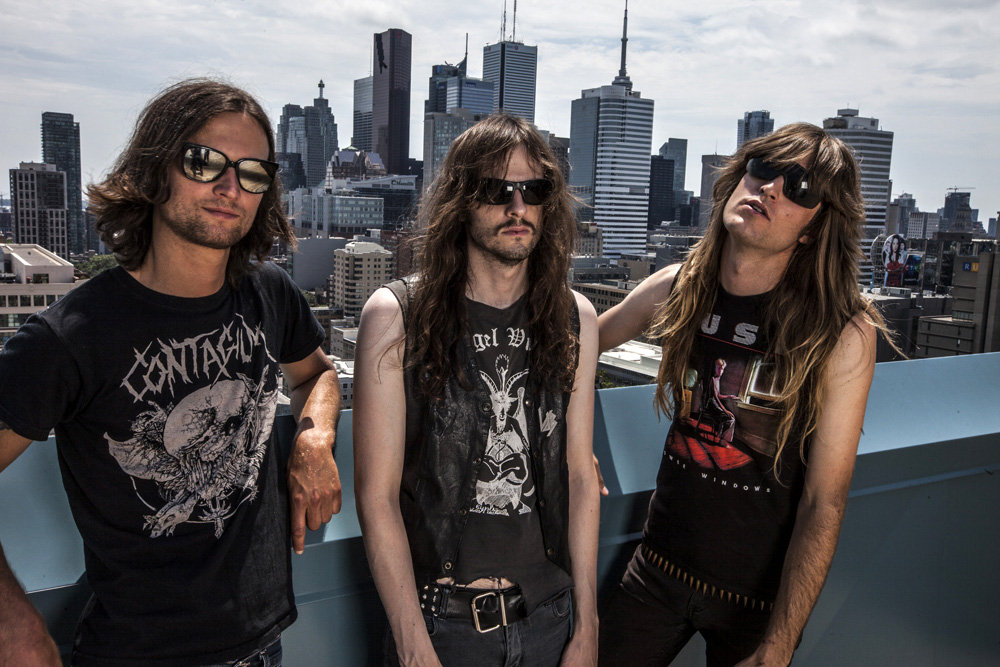 'Slaver' is a slayer, some sulfur-sprinkled eminations from Australia, due out May 22nd on 20 Buck Spin. Echo-flected vocals, murky death metal riffage sloshing around in this dismal mix of sickening drum-thud and Tasmanian devil chasing its tail around, whipping the sonic proceedings into a sick frenzy.

Witchy guitar/drum vibes from this female duo out of Osaka, reminds one of what might creep in if the Melvins took over Afrirampo. Sweet vox switch out for some respectable throatshred, amp stacks ripple with some dirty tones and the ensuing sludge is definitely dynamic and a neat counterpoint to the chipper melodic aspect of the singing. Definitely a cool group to keep an eye on.

A loveletter to old school death metal courtesy of Yob/Oathbreaker/Amenra/Wiegedood members, bashed out with psychotic glee of some disciplined guys totally cutting loose into an alternate universe. Their new EP 'Deathlust' is out on Relapse June 12th, and they'll be making a DJ pitstop at our virtual radio house around then, stay tuned.

UNIFORM – Symptom of the Universe

A three year old track, but now issued on the brand new Black Sabbath tribute comp 'What Is This That Stands Before Me', celebrating the 50th anniversary since the band's debut. Other bands on the Sacred Bones collection include Thou, Marissa Nadler, and Zola Jesus. Good time to remind that Saturday is 'Sabbath Sabbatical' on Gimme, with Magic Circle playing two solid hours of Sab live stuff, and Bob Hannam doing a Dio birthday spectacular with Wendy Dio and a listener-picked best of Dio countdown! And also Michael Berdan from Uniform starts up as a regular Gimme DJ on May 29th.