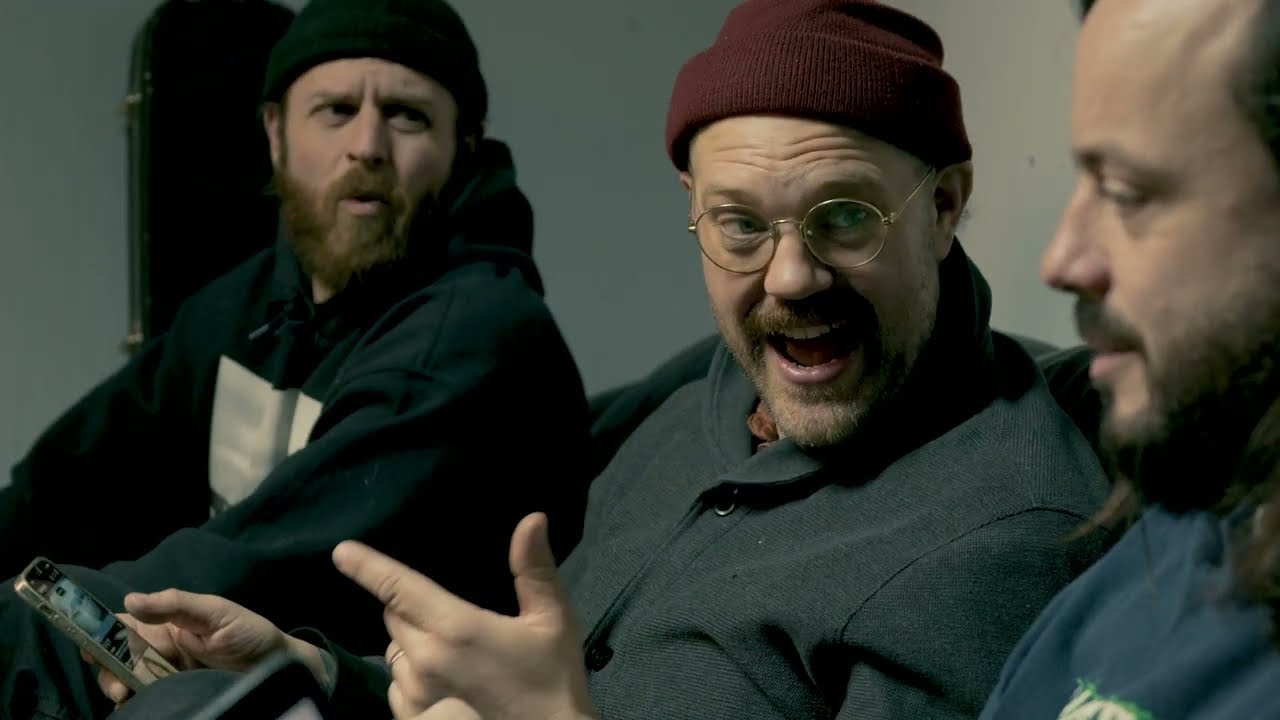 Pharaons – "The Paedophilia From Vatican"

If you're intrigued on why Belgian metalheads are drawn to the music of late American troubadour Townes Van Zandt (covered here), it's a common thread: both genres covered the bases in chronicling loneliness, suffering, isolation, the drawing to sound as an element of comfort. Neurot Recordings and My Proud Mountain are releasing their third in a series of Townes reworkings, Songs of Townes Van Zandt on April 22, which includes other contributors Marissa Nadler and Cave In checking in with Amenra with a few songs each.

More millennial black metal from Ukraine from this fortuitous one-man project and his new 2022 EP. Darkened atmospherics, claustrophobic lo-fi drum into and the winds blow forth into grey turbulent seas, rich with layered instrumental folklore. Sweeping, aching, beautiful defiant slab of sound in the face of monstrous adversity.

The return of Canadian punk/metalheads sums up their isolation/lack of touring ability with one material object of note. Action packed with a slight undercurrent of Amphetamine Reptile energy, their new release Psychic Jailbreak gets celebrated with the band's guest DJ special upcoming on Gimme April 6, so watch out!

Epic in sprawl but concise in time and execution, Sunrot's latest finds this New Jersey crew applying their sludge-driven existence to coexist with dark melodic elements on their new Prosthetic home and LP. Despite the guttural tones, Lex Santiago's screams and accompaniment focus on a rather uplifting sentiment, the battle between depression and pulling yourself up, even releasing this tune on Valentine's Day to further the message for the isolated among listeners.