BLEEDING OUT, SERPENT OMEGA Among Gimme's Top Tracks of the Week 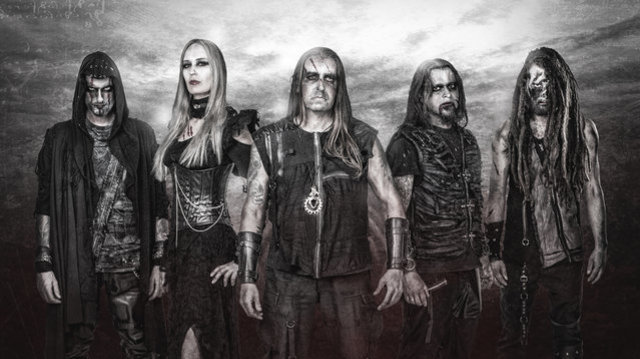 LOS NATAS – Corsario Negro
Originally out on Small Stone in 2002, now reissuing September 25 on Argonauta, Los Natas' stoner heaviosity comes from Argentina. Indeed it's a place not touted enough for it's rock greatness, bands like Pappo's Blues, Pescado Rabioso and Almendra were peerless in their weight and volume back in the 70's, and whiffs of that permeate the Los Natas catalogue which certainly repects the past. They established a good US presence via the now-defunct and legendary Mans Ruin label, and the time seems better than ever to revisit their glory.

BLEEDING OUT – Realm of Silence
With Fuck the Facts and Endless Blockade members among the crew here, Toronto's Bleeding Out make a case for, well, you're going to get a jumble of death, grind, and certainly GISM-inspired Japaninsanity in this blender. Their 'Realm of Silence' full-lengther (Out October 30th) is their debut after a split w/Skullshitter last year.

SERPENT OMEGA – Land of Darkness
A furious meld of dense sludge and doom, with a heavy, cavernous wall of sound approach. These Swedes are out of the gate with a unique stamp of heaviness, and while not primarily dealing with black metal, its vibe  is evident with a sprawl of complexity and feel-bad riffage threatening to bury itself. Their 'II' LP is out via Icons Creating Evil Art now.

OLD NICK – Shepherd of the Rats
Advertisement. Scroll to continue reading.
The trio of Practitioner, Sentancer, and Abysmal Spectre have been bringing us joy with their wonderful song titles like "Broomstick Shrouded" and "Bedevilled By the Ghost of Your Mother's Father's Mother's Aunt" and getting fair amount of airplay on shows like Battleflutes and Sideways Skulls and Grave Convulsions. Their output has been enormous, this track from 'Flying Ointment' is months behind their latest stuff on Grime Stone (Marin County's finest purveyors of dungeon synth) but is complete DIY blackened wreckage worthy of a spot in every home/dungeon hi-fi.

HELLRIPPER – Vampire's Grave
The one-man steamroller known as James McBain from Scotland gravitates to Peaceville Records for his second full lengther 'The Affair of the Poisons' heading our way in October. While his debut evoked the gnarl of Venom, Kreator and Sodom, this track is all maniacal Motorhead to the core. Looks for James doing his second Gimme guest takeover on Friday October 9th to celebrate his LP release, his last show completely ruled!
Gimme Metal is the premier online radio station for metal fans around the world. It’s the first 24/7 metal music focused community where listeners can tune in to hear world class DJs like Dave Mustaine, Randy Blythe, Johan Hegg, Danny Lilker, Jessica Pimentel, Brian Posehn and many more play the sounds that you just don't hear anywhere else. Check it out for free at GimmeMetal.com. Also available for iOS and Android. Be sure to browse their store for killer selections.