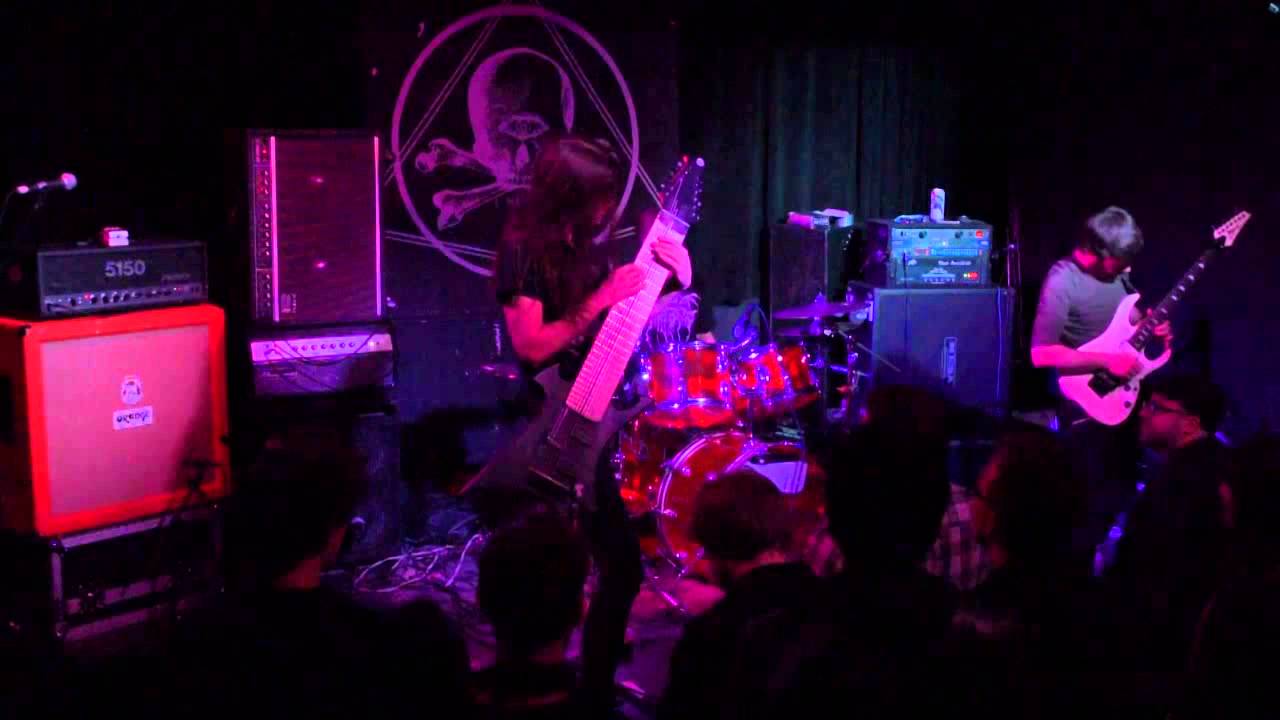 Somewhere between Warner Brothers cartoon music and the complex/noisy academic splay of Iannis Xenakis comes this weirdass metal-at-its-roots combo, spewing quizzical shapes and figures that genius to some, musical barf to others? Undeniable in it's insanity and execution, if you like your tech-metal cluttered with oddball percussion and LSD, 'Hapeleptic Overtrove' is for you. Despite the distraction of all the side roads these guys ride, BTA also wear their Metallica and Maiden squarely on their sleeves. Colin Marston also is a hero for so much of his other projects: Gorguts, Krallice among them.

Sweden via Ohio? Brutal melodic death metal from the new Prosthetic release 'Eternity's End'. Soaring melodic leads fly on top of some heavy rhythmic flurry, frenzied and frenetic with Paul Fruzinski's gored-out vocals punching out of the mix in almost battle mode threatening to be swallowed up. A good juxtaposition of melodic beauty and ugly brutalism.

A good heap of blackened death snarl out of the wilds of Melbourne, Evoker's 'Evil Torment' bathes in some Bathory vibe with frantic drums that sound like chain-rattle, upfront vocal mix snarlin' in your face, a sickening thrash din that creates an abundance of bad vibes to get your day going in a most pleasing way.

Heard another track from this lot on Battleflutes and Sideways Skulls show, which always seems to like to shine spotlights on unfindable demo cassettes of 100 copies (which this is). Totally raw, turbulent black metal from Germany that channels that singular beam of sunlight through a pinhole in your dirt-caked foxhole surroundings, in the perfect way of course.

Pretty heady stuff from this Portland, Oregon trio who resemble a bit of Full of Hell with some footing caught in toxic sludge. Death and grind power prevails, but there's a distinct impeggability to Tithe's unique stamp of stammer. Their 'Penance' LP out now on Tartarus Records.