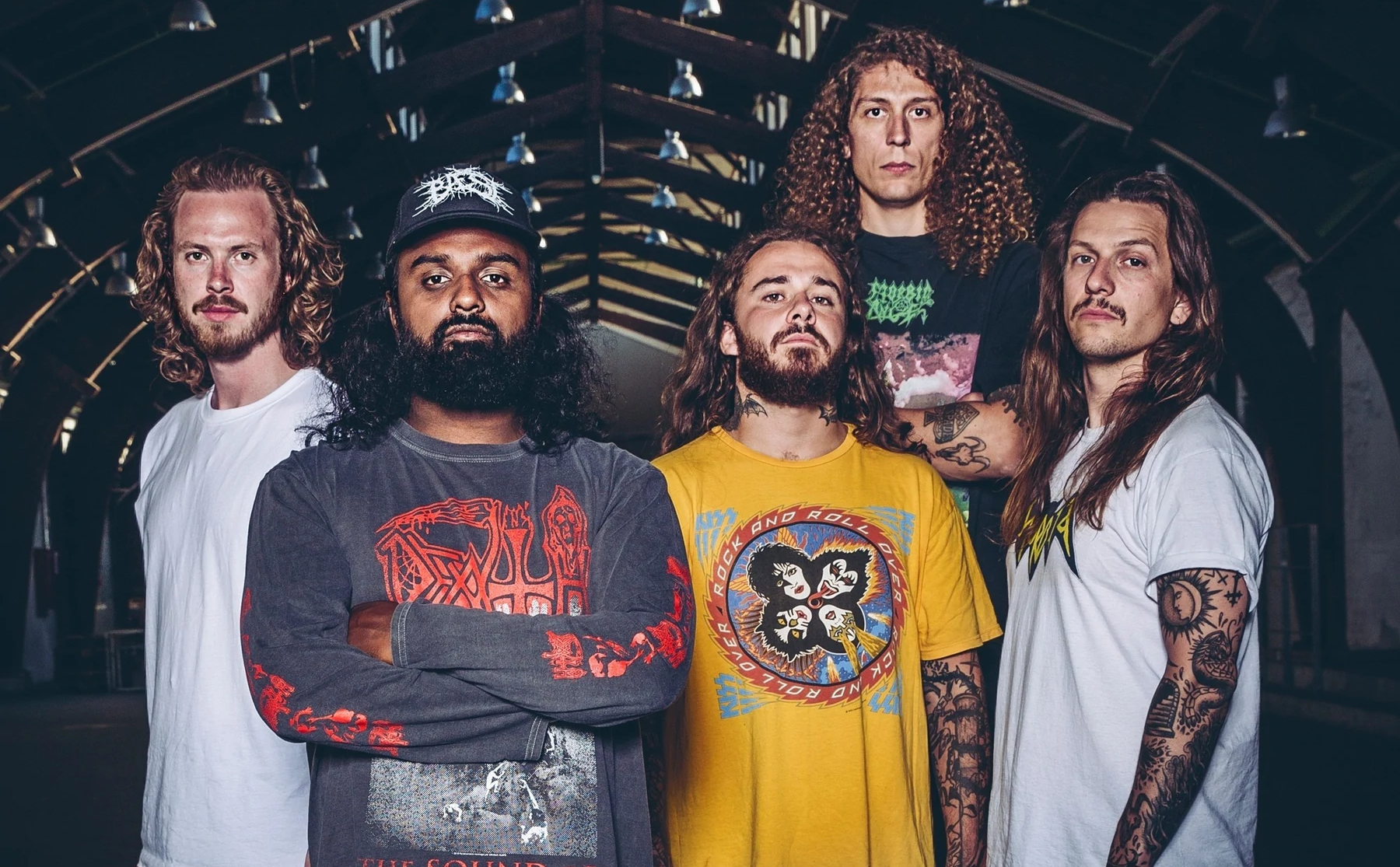 Drugs and grindcrore are already a formula to ponder, add NYC to the mix and you're getting some truly intense environs plopped onto your senses with Goat Claw,the latest on Nerve Altar out now from Skullshitter. Goofball samples, squelches of feedback upon intro and it's off to the most toxic recesses of the Gowanus Canal with these guys. Be sure to commune with them on June 2nd as they take over the Gimme netwaves for a show.

This Chicago death/grind duo (who also spend time in the group Drug Honkey), teeter around the intro here then slam it hard with a decidedly different take on the genre. Morgue Supplier infuse weird proggy moves, bits of space and FX creating an overall experience where one just doesn't lock into the grind pummel and headthrash for three minutes, but keep finding the plank you walk revoked while some wholly new texture or segment begins. Basically you have to re-calibrate that the heck is going on here and I suppose being unsettled is the name of the game here.

Heard this one via New Release/Gimme 5 show host DJ Jet, some scorching stuff out of the Southwest showcasing some primitive-but-technical vibes out of the black metal trenches. It's all cast in some smoky, cave-like atmosphere that lets you visualize billows of stench tucked into the reverby attack, a gut-punching snare, garbled vocals and while mysterious and vague in vibe, it swings and drives majestically to define its crystalline passages amidst the smoky room it comes from.

This one arrived from the band in the Gimme inbox this week, a one man black metal project out of Lodi, New Jersey that knocked us out. Evil demo-like early Darkthrone vibe with a chattering robot drum machine that sounds like it's slicing and dicing a conveyor belt of body parts, distorted synthesized bass sounds, relentless hiss and buzzing guitars and buried vox all seemingly draped behind aforementioned chopping drum track. It's a real rattle.

Some bottom-heavy, beer-swilling death metal ready for mass consumption here, nice old-school vibes and perfect production to match. More crispy than filthy, the sonic architecture at hand here provides perfect lift to the bust-out solos, the vocals blending in great as part of the overall attack, surprises popping in to add color and richness to the moves. Expect great things from these great Danes.