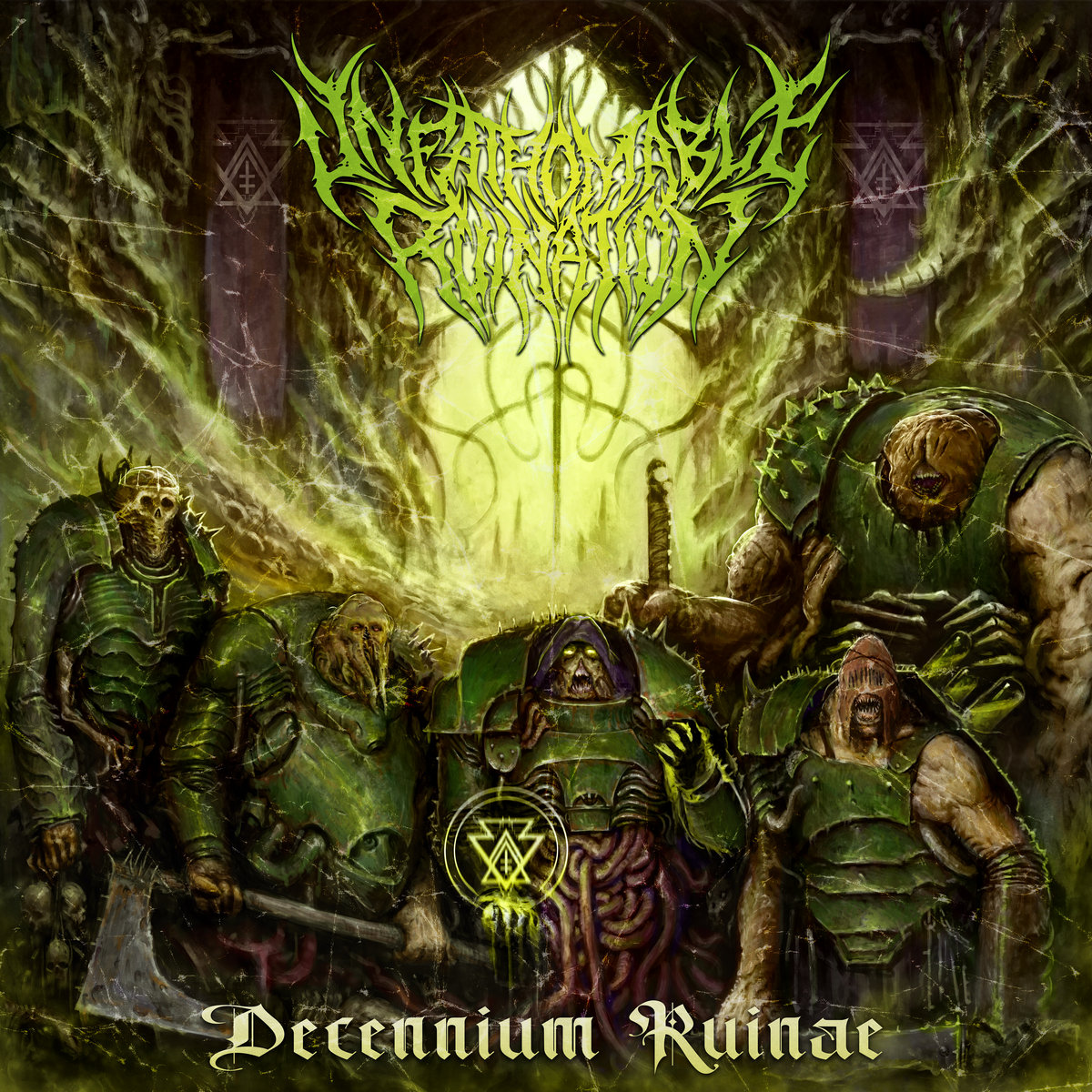 Without a doubt, Unfathomable Ruination is one of the utmost best technical brutal death metal bands around right now and has been for a number of years. This Friday, May 28th the group will be releasing a new EP called Decennium Ruinae through Willowtip Records. We've got the early full stream of it for you today and you're not going to want to miss out on this one.

It’s been a busy ten years as a band for UR, prior to this week's release of Decennium Ruinae the group had already dropped three albums, an EP, and a three-song demo. With each new effort, sharpening their sound while incorporating new elements alongside ever more intricate and varied approaches to their songwriting. To celebrate all they’ve achieved and move forward at the same time, we get an interesting dip into old and new music on Decennium Ruinae. The release kicks off with a re-tooled and re-recorded version of “Suspended in Entropic Dissipation”, which was the third and final track from the group’s 2010 self-titled demo. Unlike what a lot of bands would do with killer demo material, none of the three songs from this demo made their way onto their fantastic 2012 debut album, Misshapen Congenital Entropy. So I think it's both fitting and really cool to see this track pop up here as a reminder of how talented the group was even in their earliest years.

After “Suspended in Entropic Dissipation” comes to an end, the three entirely new tracks on Decennium Ruinae round out the release and showcase a glimpse of what’s to come for the group whenever they drop a new album.

Given the group’s well-known eclectic approach to technical brutal death metal, it’s cool to hear how well these three tracks differentiate themselves from each other.  “A Withered Embrace” does this by going all-in on brutality and pulverizing the listener above all else. Then “The Great Contaminator” marks its own course by focusing on tech-death complexity in a Malignancy sort of way along with some more traditional sounding tech-death sounding leads and a wild guitar solo to boot.

Finally, closer “Disciples of Pestilence” leans way into the darker and eerier side of their sound for almost the entire song. The song has a mournful atmosphere and sense of stark grandeur to it that feels quite epic. The somber and subtle intro alone helps set all that up yet it’s really how elegantly the song unfolds that makes it a classic closing number with a big wow factor. The band never really goes into their usual skull-crushing frenzied mode until well over half this song is over which makes it feel more dynamic when they do so.

Decennium Ruinae is a great addition to the band’s discography and as someone who often appreciates EP’s with zero filler over albums with some bloat, this release is damn near perfect to me. So be sure to check out our early stream of Unfathomable Ruination – Decennium Ruinae below. Pre-orders can be placed here and here. You can follow the group over on the Unfathomable Ruination Facebook Page.

In this article: Unfathomable Ruination 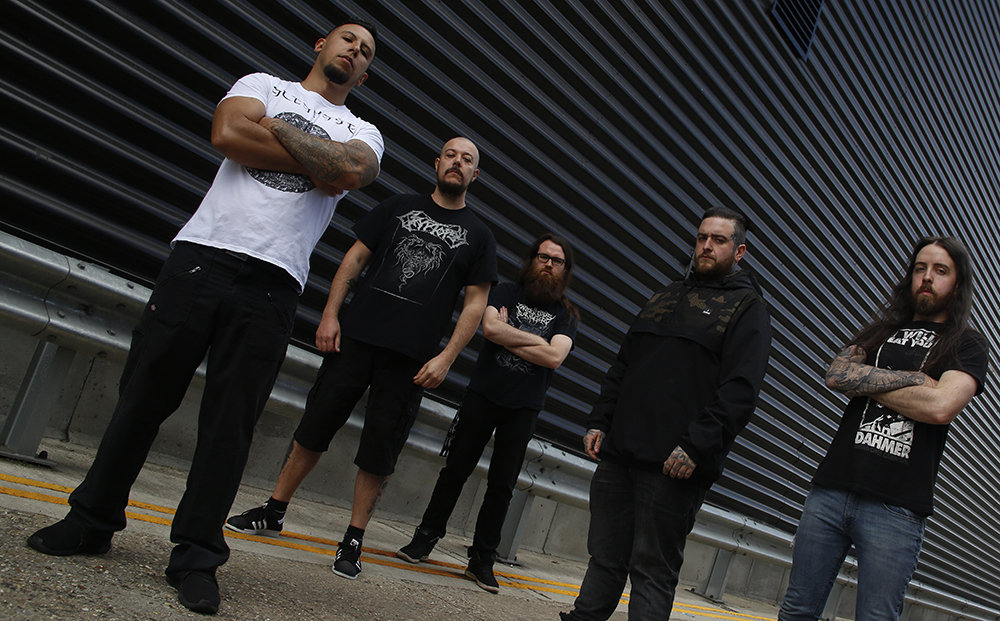 Not only is Trevor Strnad the frontman of the excellent melodic death metal band The Black Dahlia Murder, he also pens a monthly column...

Tech-Death Tuesday: Get Br00tally Sick With NEUROGENIC And UNFATHOMABLE RUINATION