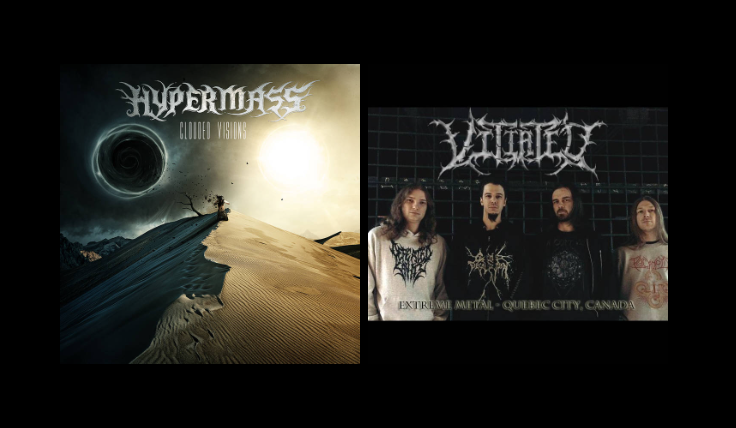 Hypermass – Clouded Visions
Our second band for the day is called Hypermass and they hail from the frozen realm of Norway. While they don't fit neatly into what most people think of when the term technical death metal is thrown around, they certainly have a pronounced technical focus and enough of its elements in their DNA to warrant inclusion in this series.  Plus I feel like it will add some diversity and longevity to this series to highlight bands such as Hypermass who certainly toy with technical death metal elements, even if that's not their whole sound altogether.

Hypermass plays a unique blend of complex death metal with a strong melodic and thrash influence in its deathly bones.  There is also a blackened and jazzy tint to certain parts of their songs as well from time to time. To sum up the many different sounds presented on their debut full-length, Clouded Visions, think of Revocation. If Revocation were to flip their formula and played technical death/thrash instead of technical thrash/death. That is a slight simplification of what's going on here, but fairly accurate, and not at all a knock against Hypermass. Clouded Visions has enough going on that it's certainly their own thing in spite of it frequently reminding me of Revocation. Which again, is not a bad thing, as I'm sure you'll agree once you hear how killer this sounds!

Vitiated – Promo 2015
Today we begin with Quebec natives Vitiated, and in a similar vein to fellow Canadians Sutrah covered last week, they are a brand new band who've managed to deliver a jaw-dropping opening musical statement. If you are a fan of Archspire and Beyond Creation, you'll dig the three songs on Promo 2015 a whole lot. All three songs carry that aggressive and over-the-top feel mixed with a brutal edge that Archspire do so well. Yet all three songs are equally balanced out by a gorgeous melodic and progressive focus that fellow Canadians Beyond Creation are adept at. The manner in which Vitiated divide their music between pure molten hatred and heavenly ethereal heights really helps set them apart. It never feels forced, in spite of taking you by surprise when those sudden shifts take the music swiftly in the opposite direction.

Of the three songs present, track three, "Origin Of Evil", is my favorite, and the most progressive piece of music on Promo 2015. Just under a minute into it and Vitiated segue into an unexpected hyper-funk driven bass guitar passage paired with a twisted solo underneath before returning to high octane blasting chaos. I really like all three songs a lot, and its definitely exciting to hear a band like Vitiated playing technical death metal at a higher level than most of their peers even at the very beginning of their career.

In this article: Hypermass, Vitiated 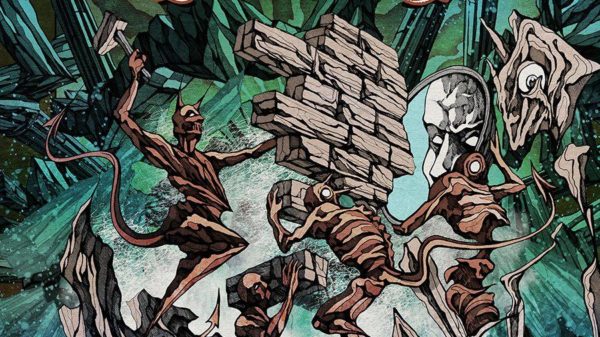