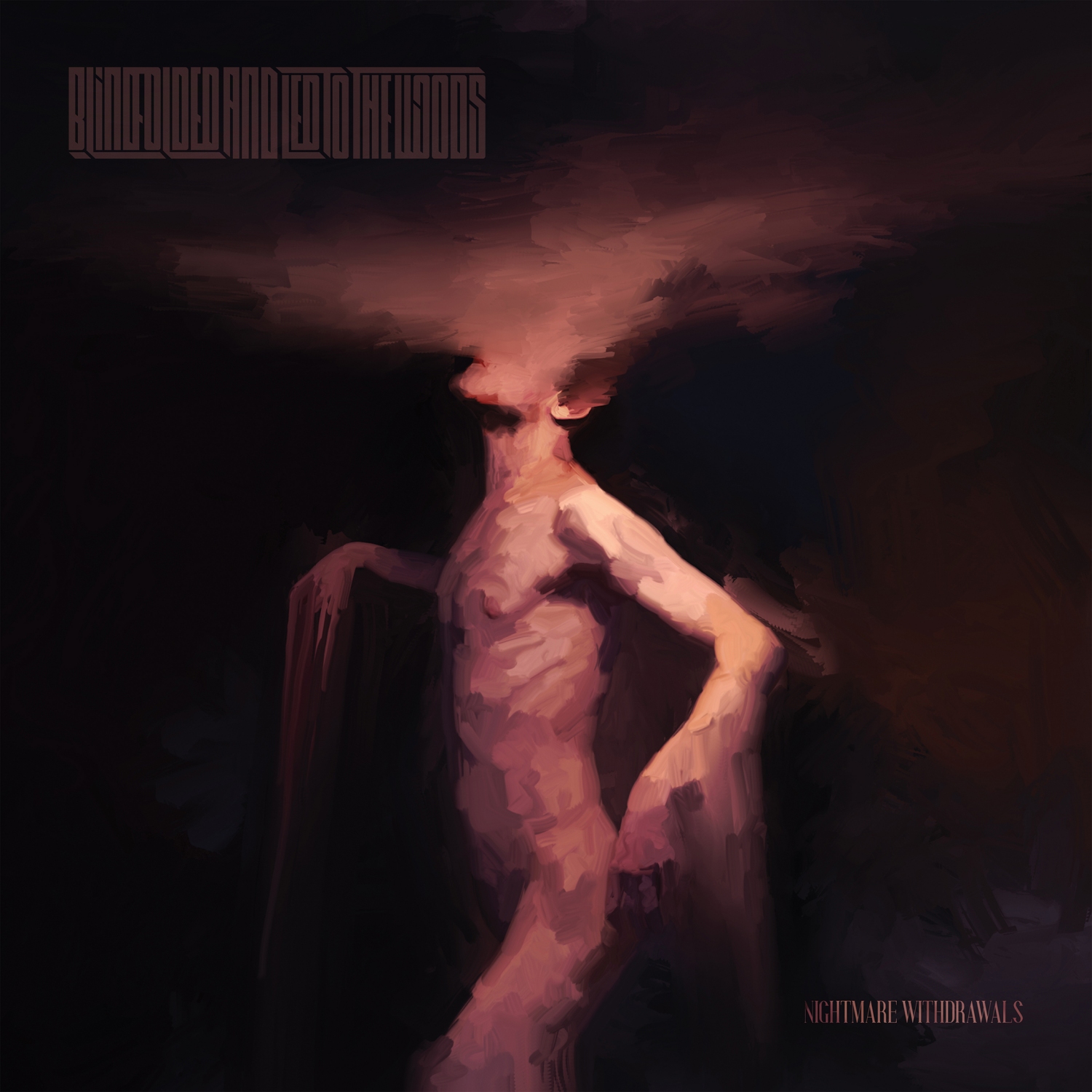 I know I've stated many times over the years that half of why I do this column and cover so many groups who aren't top-notch yet, is the very real maxim when it comes to tech-death that you really can't predict who is capable of going next-level or really carving out their own sound and who won't. Although I will never claim it wasn't apparent that Blindfolded and Led to the Woods were lacking that special X-factor, even their excellent prior album, 2017's Modern Adoxography, couldn't foreshadow the giant leap forward that would rise to the surface on Nightmare Withdrawals. Nightmare Withdrawals is the Christchurch, New Zealand-based group's third album and drops on March 26th. I tried to set up an early premiere but it didn't happen so I wanted to at least do a review of it which I'm doing today for you all.

If you're new to the group, they're certainly a hard act to explain, and to really do so well would require listing so many names that it would seem to be an exercise in superfluously hyping it up yet it wouldn't be in reality. Suffice to say it's a chaotic and all the over the place experience, Nightmare Withdrawaks somehow nails controlled chaos on a master level few if any do. Like a modern Cephalic Carnage, you could say, in spirit more than pure comparison musically. Blinded and Led To The Woods runs the gamut from a variety of tech-death styles from Ulcerate to Beneath The Massacre, followed by a shit ton of dissonant black metal,  grindcore, mathcore, and also including somewhat happy-sounding post-rock and atmospheric centered passages.

Instead of most of the songs leaning into one side of their sound as the focus, they’re all over the place with every facet of what they do in almost every song for the most part. Making for a mindfuck of an album that feels like tech-death reconstructed and remade as something stranger and wilder than the majority of bands in the genre. This is like Gigan and Dendritic Arbor joined forces mixed with Beaten To Death and Pyrrhon to me, Nightmare Withdrawals is a supremely memorable and unique forward-thinking sort of tech-death that exists in its own realm. In spite of the highly chaotic nature of their music, it has a refined quality to it, graceful in a way as things often shift from soft to light speed, heavy to skronky insanity, from genre to genre, and so forth. All of this can feel quite disjointed yet as an album and per each song, this feels much more fluid than music this ridiculous and all over the place typically has any fucking right to be.

Every song on Nightmare Withdrawals darts off in a number of directions until things return to insane heaviness and anchor-like passages that ground the band before darting off again somewhere else within the wide range of genres and styles they comfortably flex an ability to annihilate within. Although t’s not abnormal to let people know a given tech-death release is one people should spin a number of times in order to unlock further layers, it’s rarer that something is so dense and fucked up in an unusual way from the get go that at least 10+ listens are mandatory to just understand it as it is. That really is what this album is all about and yet another point that needs to be made because it’s applicable when it comes to understanding the album.

I can say without a doubt that Nightmare Withdrawals will be in my absolute top releases of the year for this column. It’s the sort of unorthodox outsider take on tech-death I crave but rarely get enough of each year.  I've embedded the publicly available singles below for anyone who hasn't heard them yet.  If you like what you're hearing, you can pre-order the release through their Bandcamp Page. You can also follow the group over on the Blindfolded and Led to the Woods Facebook Page.

In this article: Blindfolded And Led To The Woods, karl sanders

No skulls were penetrated during the making of this single. Probably.

Plus a Rusty Cooley solo.