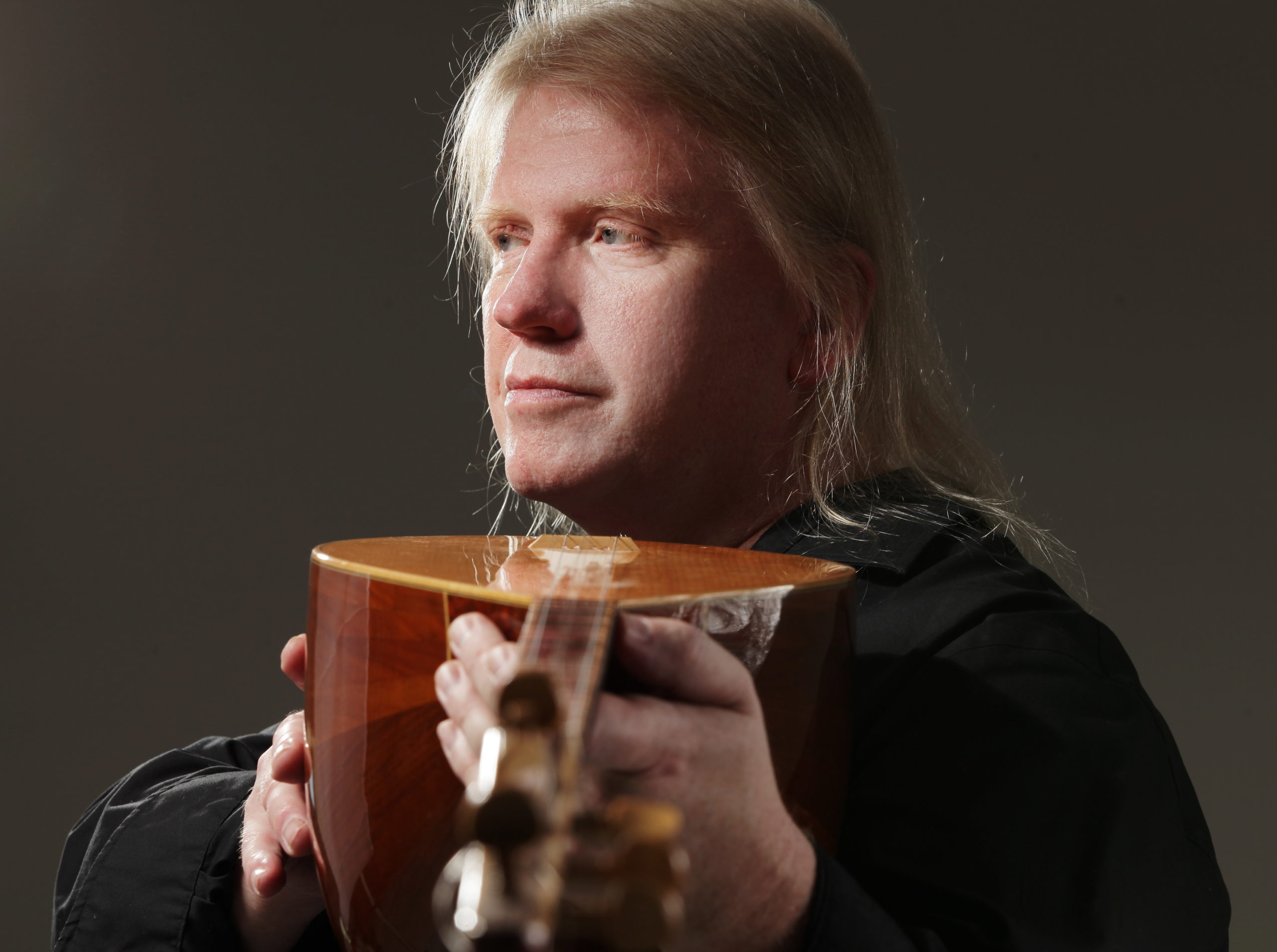 Nile mastermind and multi-instrumentalist Karl Sanders released his first new solo album Saurian Apocalypse earlier this year, and is now streaming the trippy-as-hell new music video for "The Disembodied Yet Slither Among Us." The album features original Nile drummer Pete Hammoura and returning Saurian vocalist Mike Breazeale, as well as a killer acoustic solo by guitar virtuoso Rusty Cooley. you can grab a copy of the album here.

"I am very happy to present music fans with a new video for 'The Disembodied Yet Slither Among Us.' The psychedelic, mind-melting video was a labor of love by personal friends of mine. 'The Disembodied' video has original artwork by Saurian/Nile artist Xaay, animations by Mahmud Gecekesu, and additional FX and titles by Joshua Ward. The video has a super immersive vibe, really melding with the mood of the song.

"I was fortunate to get to know Mahmud when we worked together on the Serapeum project – Nader Sadek, Mahmud, Derek Roddy and I collaborating in Cairo. I really enjoyed his guitar work, and had hoped to also have Mahmud play guest Oud and Saz on the Saurian album, but his busy schedule and the pandemic worked against us. It eventually turned out, however, that Mahmud was also totally on board for a video collaboration. Despite his busy schedule, Mahmud found time to do some incredible, mind bending interpretations of the song via animating Xaay's Saurian album artwork. I am really happy with how the video turned out.

"Super appreciation and thanks to my Metal Brothers Mahmud, Josh and Xaay."

In this article: karl sanders, nile