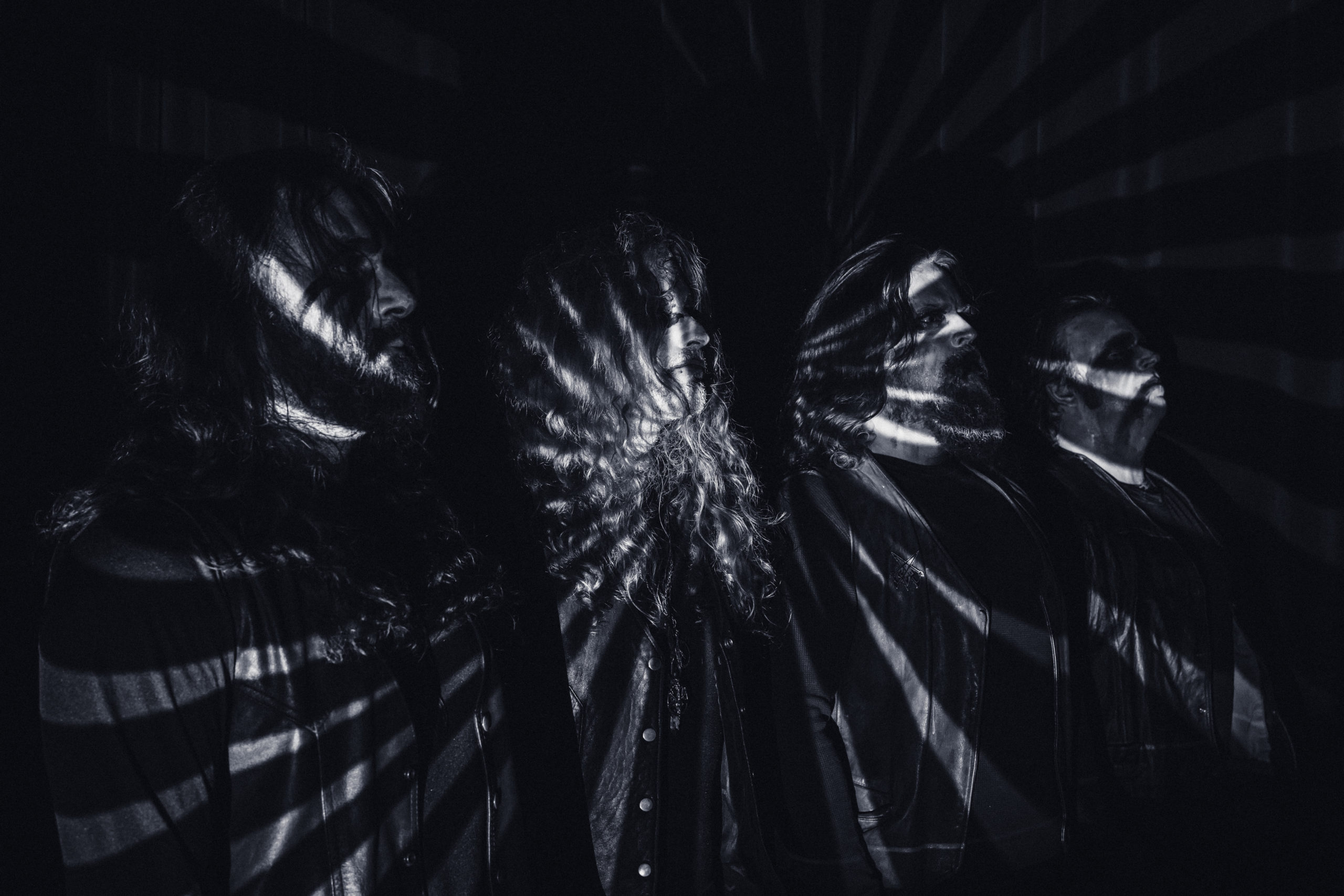 Though the cold winds may not blow as literally in places like Georgia as they do in the north, there are always ways of bringing an Antarctic chill to anywhere in the world, both literally and metaphorically. And so the winds are blowing once more as the Atlantan crew of Vimur returns from the cold void to grace us with their latest earth-shattering single, "Aeonic Upheaval."

Vimur has been turning out black metal since the dawn of the 2010s. Both frigid and epic in scope, the four-piece, which features members of acts such as Hellgoat, Ecttovoid, Sadistic Ritual, and Profantica, has been staying busy with a pretty consistent roster of full-length releases since their inception, with little else in between. Next month however the band is unleashing their latest work Transcendental Violence, and today we are here to premiere the opening track from that LP.

Immediate, but not overtly aggressive in nature, the track opens with a steady rhythm that serves to beef things up. It is heavy, straightforward, but with plenty of build from the guitars as the drums and bass go off here and there. And as the track builds so does its intensity up until the vocals kick in. And as it progresses, things shift between melody and aggression, keeping things breathless but never one-note.

About halfway through, Vimur kicks up the aggression. The song becomes more violent and blackened and a viciousness gleams though that was already rearing its ugly head. And though the chaos ensues, it does not lose that melodic or epic feeling in its embrace of violence. And even so, the track does eventually break down into something more melodic, as though it is catching its breath. And the track finishes on this note, melodic, still chugging through but never completely calm.

A quote from the band themselves on "Aeonic Upheaval":

"The song is a journey unto itself and encapsulates the sound of Vimur in one song. The intro is a mid-tempo call to arms for celestial warfare. The foreboding march signals decisive action will be taken. The tempo increases to show the battle has begun. The riffing and blast beats create a militant frenzy of cosmic aggression. The listener experiences a swirling furor unique to the sound of Vimur. After the initial assault, the tempo breaks to enrapture the listener in a meditative trance, pondering the greatest calamity ever known.

"The tempo increases again, faster than before, accelerating the assault. The riffing cuts through the listener like a .50 cal round through flesh. The feeling of this is glorious. The glory lies in the power of might. The spiritual tyrant has been crushed, making way for old gods and new men. The outro begins as the listener is forced to reconcile the aftermath of the highest cosmic battle ever known. It is an inward reflection of the vast array of emotions experienced in this struggle. The strength of the heart is revealed but it must also reckon with the despondency and feelings of loss due to the war higher than all wars."

Those that like their USBM sounding large and cold are going to want to get on Transcendental Violence, especially if one is up until now unfamiliar with Vimur. Because though the south may be a hot, hot place at times, this slice of black metal keeps things icy cold.

Atlanta, Georgia is probably not the first city to come to mind in regard to frigid black metal. As far as climate goes, the...